Phnom Penh (FN), September 22 - Cambodia and Colombia have signed a visa exemption agreement for diplomats and other officials, according to Minister of Foreign Affairs, Prak Sokhonn, according to MoFA's Facebook post on Friday.

The minister confirmed that he and Colombian Foreign Minister, Maria Angela Holguin, discussed Cambodia-Colombia bilateral relations on the sidelines of the UNGA meeting in New York.

He added that the meeting reflected the shared desire of the two countries to strengthen bilateral ties.

Senior Minister has been leading the Cambodian delegation in its attendance to the 72nd UNGA and other meetings in New York, USA.

Senior Minister is expected to deliver a speech focusing on the joint efforts in tackling climate change, terrorism, Cambodia's achievement of the millennium development goals, and the efforts being made towards sustainable development goals, according to MoFA’s announcement on September 17. 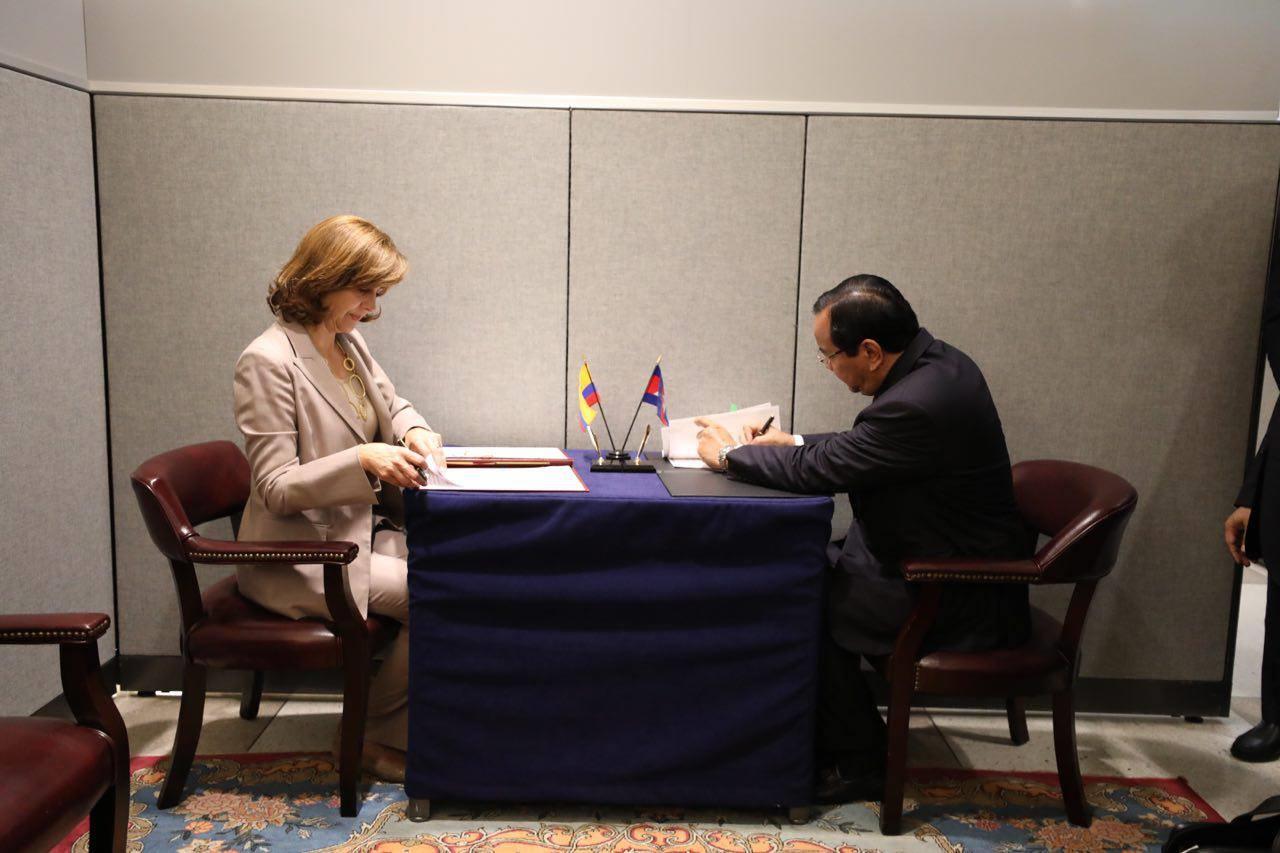