MEXICO CITY, Sept. 22 (Xinhua) -- Some 295 people have been confirmed killed in the 7.1-magnitude earthquake that hit central Mexico on Tuesday, the head of the national civil protection agency, Luis Felipe Puente, said on Friday.

More than half of the victims, or 157 people, died in the capital Mexico City, and the remainder in the surrounding states including 73 in Morelos, 45 in Puebla and 13 in the State of Mexico, as well as six in the southern states of Guerrero and one in Oaxaca.

Rescue efforts continue to search for survivors trapped in collapsed buildings, Puente said in an interview with a local radio station.

As the chances of finding survivors dim, relatives of those missing told Xinhua they were concerned that authorities might call off the search operations.

Officials have in the past 24 hours insisted that rescue workers, including army and navy personnel, continue to sift through the rubble where there are still signs of survivors.

Specialized rescue teams from Japan, Israel, El Salvador, Ecuador and the United States have joined the rescue efforts in the past few hours. 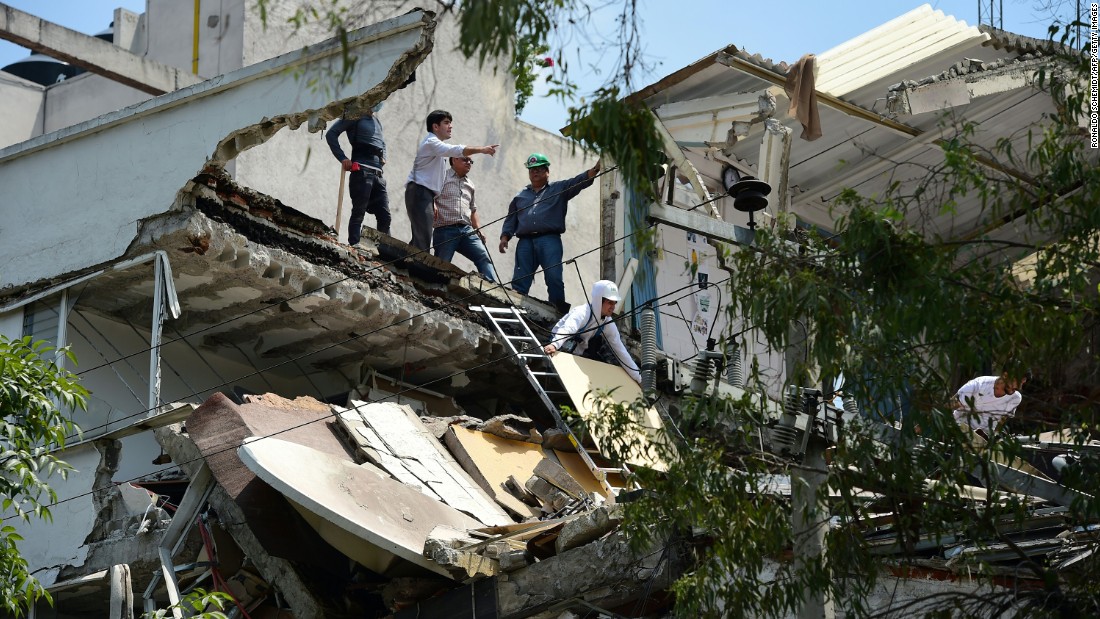