New York (FN), September 24 - Following the path of Western countries could lead Cambodia to a horrible disaster and that democracy is just an excuse for foreigners to interfere in the internal affairs of Cambodia, stated Prak Sokhonn, Cambodian Minister of Foreign Affairs and International Cooperation.

He added that Cambodia has been attacked because it recently closed international institute which supported the opposition, urged the enterprise to pay taxes to the state, and arrested an opposition official who confessed to topple the government. Which state would tolerate, he asked?

The foreign minister of Cambodia stressed that human rights and democracy were used for political purposes, and Cambodia has been the victim for more than 20 years. UN reporters often wrote to attack the Cambodian government, while supported the opposition party as a respect for human rights.

U.S president, like Cambodian minister, also stressed on the importance of country's interest.

"As President of the United States, I always serve for the benefit of the US. Just like you, as your country's leader, you have to think about your country's interest first,” stated Donald Trump at the United Nations General Assembly in New York On September 19, 2016.

Donald Trump’s speech was supported by more than 100 world's leaders. 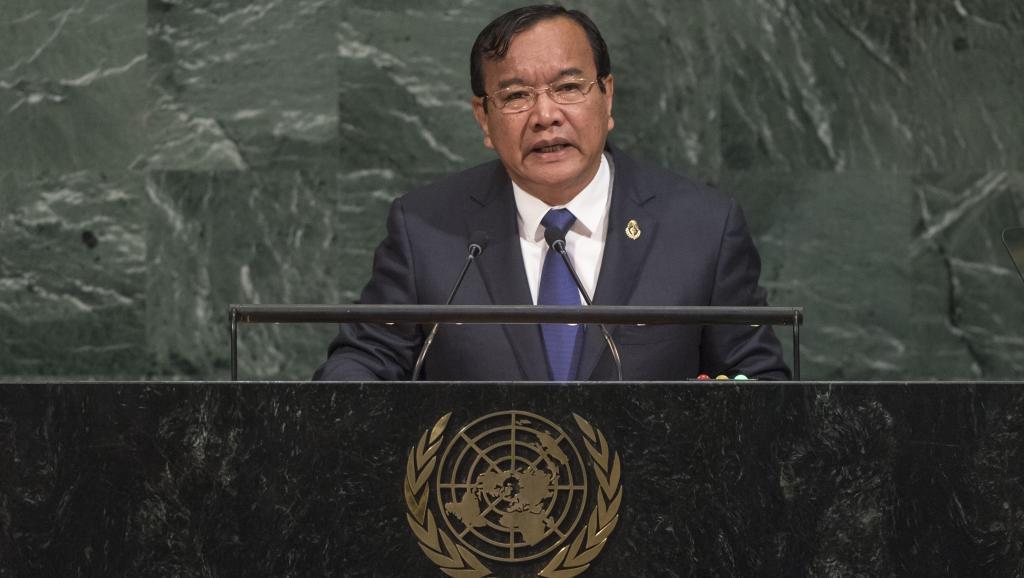