The announcement was made at the press conference at CNRP’s headquarters on Monday morning.

Son Chhay said that CNRP decided to remove a tag on the request for the release of Kem Sokha from all CNRP offices without any conditions.

The Appeal Court will decide on Kem Sokha’s case, president of the CNRP, after PPMC refused to allow Kem Sokha to be released on bail.

Investigating Judge, Ky Rithy issued a pre-trial detention order on September 6 with the charge of "treason" under Article 443 of Criminal Law, facing a sentence of 15 years to 30 years imprisonment.
=FRESH NEWS 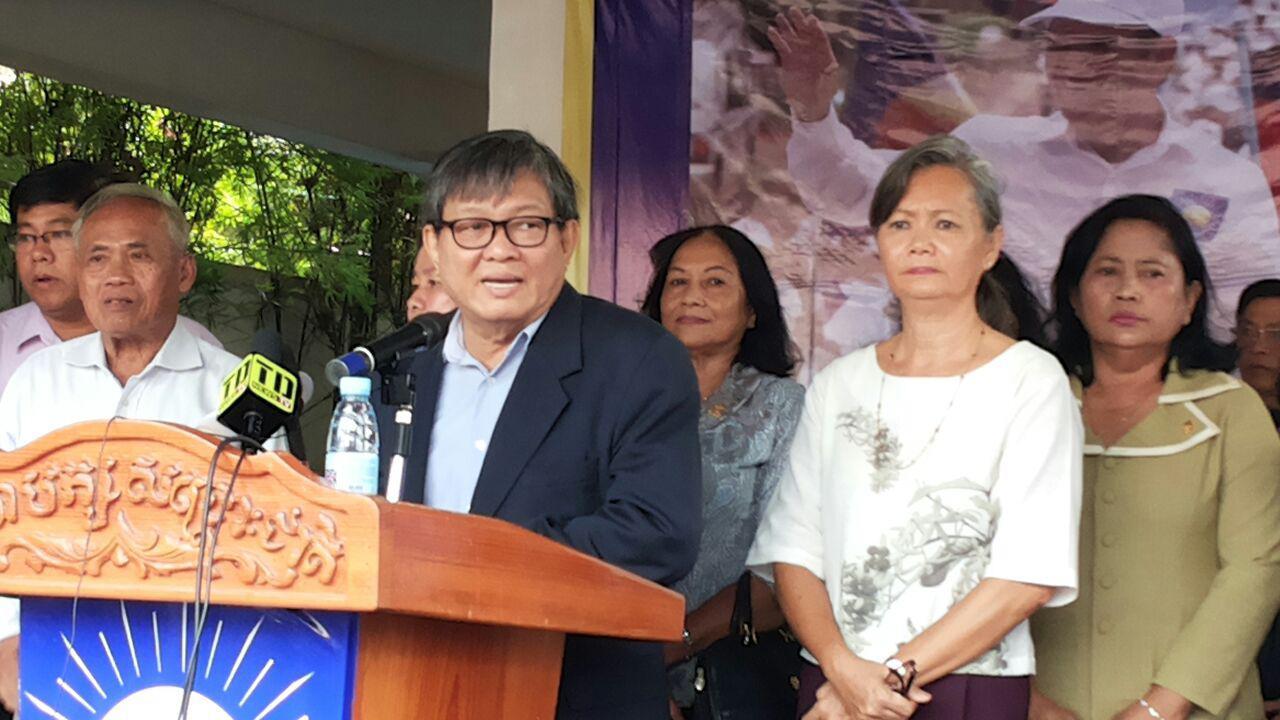