The head of the Gateway Department, Khim Tipmuny, announced on Monday morning that the official upgrading will be conducted under the presence of the governors of Battambang Province and Sras Keo province, Thailand, as well as leaders of civil servants and forces.

He confirmed that after the upgrading, Battambang will have two ongoing international checkpoints, one in Komreang district and another in Sompov Loun district.

He added that the new international gate, which is located in Sompov Loun district, will have immigration police checking and issuing passports to citizens as well as international travelers.

According to the announcement, the transition between the two countries will be temporary closed throughout the morning of Oct. 1, 2017.
=FRESH NEWS 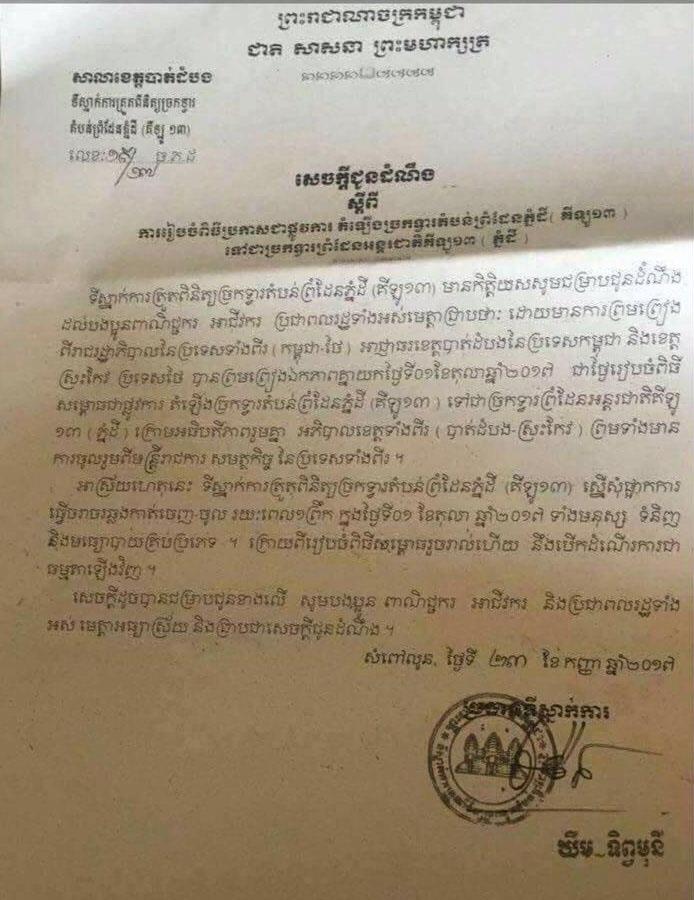