WASHINGTON, Sept. 24 (Xinhua) -- U.S. President Donald Trump criticized football players' kneeling down during the national anthem, calling them disrespectful to the U.S. flag and the country, but more players followed suit to protest.

The fight between the U.S. president and the National Football League (NFL) athletes started Friday when Trump spoke at a rally in the southeastern state of Alabama, branding the above action disrespectful and called NFL owners to fire those players who did that.

Sportsmen's anger intensified as Trump on Saturday withdrew an invitation to a basketball star Stephen Curry of the Golden State Warriors after Curry said Friday that he does not want to attend the White House ceremony for the celebration of the team's championship.

On Sunday morning, the president repeated his Friday remarks on twitter, fueled the national protests. Dozens of NFL players across the country took a knee during the playing of the U.S. anthem.

Only one player of Pittsburgh Steelers came out in the field during the national anthem while all the rest stayed in their locker room to show an attitude.

Even NFL Commissioner Roger Goodell and some top NBA players joined in to slam Trump, saying the president's remarks broke the solidarity and arouse dissension and hatred.

However, Trump didn't soften his tone in front of bigger protests. "Great solidarity for our National Anthem and for our country. Standing with locked arms is good, kneeling is not acceptable. Bad ratings!" the president tweeted Sunday afternoon. 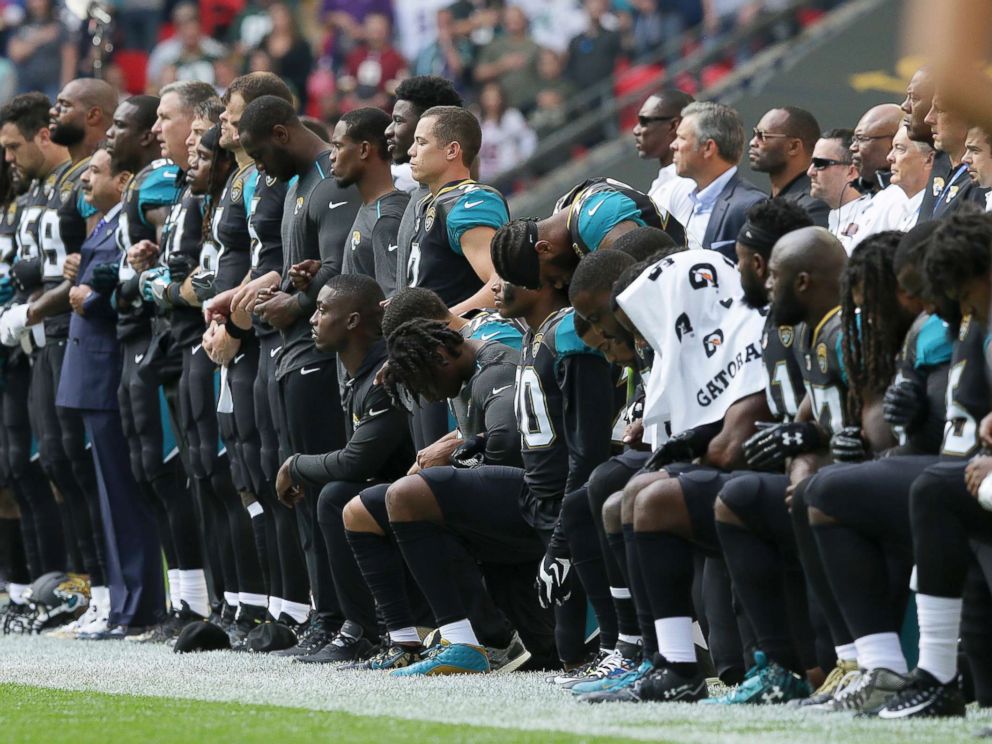