BANGKOK, Oct. 9 (Xinhua) -- Insurgents detonated a roadside bomb to ambush a team of rangers in southern Thai province of Narathiwat on Monday morning, in which one ranger was killed and another seriously injured.

The killed is identified as 25-year-old Anan Wichienthong and the injured is Yutthana Thongyen, who is being treated at a local hospital.

According to Thai media Voice TV, a team of eight rangers on four motorcycles were patrolling on a road when they were attacked by the group of insurgents hiding in woods alongside the road.

The other six rangers were safe and local officers have collected evidence at scene.

Narathiwat, Pattani and Yala are the three southernmost Thai provinces that were haunted by explosions and attacks. 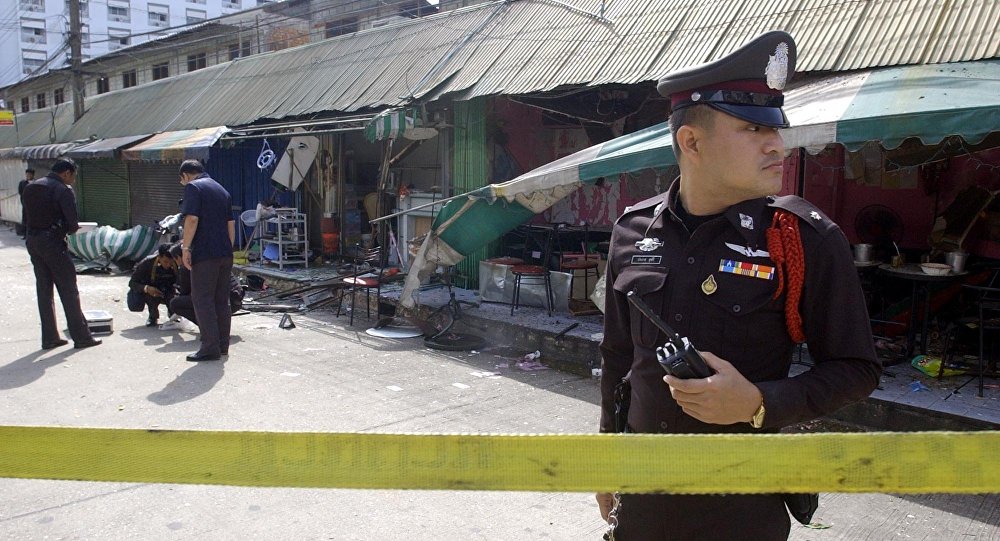