Death toll in Rohingya boat accident off Bangladesh rises to 26

DHAKA, Oct. 10 (Xinhua) -- The death toll of sinking of a boat packed with scores of Rohingya people fleeing violence in Myanmar in a border river dividing Myanmar and Bangladesh rose to 26 on Tuesday, after another 12 bodies were retrieved.

Border Guard Bangladesh (BGB), police and locals on Tuesday morning recovered the bodies which were floating in the Bay of Bengal near Shah Porir Island of Bangladesh's Cox's Bazar district, some 292 km southeast of the capital Dhaka, said an official.

"Bodies of 12 children and women were recovered Tuesday morning which takes the number of total death toll to 26 from 14," said the Cox's Bazar district administration official who did not give him name.

He said the boat which was overloaded carrying some 50 Rohingyas capsized on late Sunday night in inclement weather.

At least 11 Roghigyas were rescued and most victims of the accident were children, he said.

Over half a million Rohingya people have fled to Bangladesh from Myanmar's Rakhine state amid a fresh wave of violence in the region since Aug. 25.

Some 132 Rohingyas have already died trying to cross into neighbouring Bangladesh since Aug. 29 in at least 25 boat capsizal incidents. 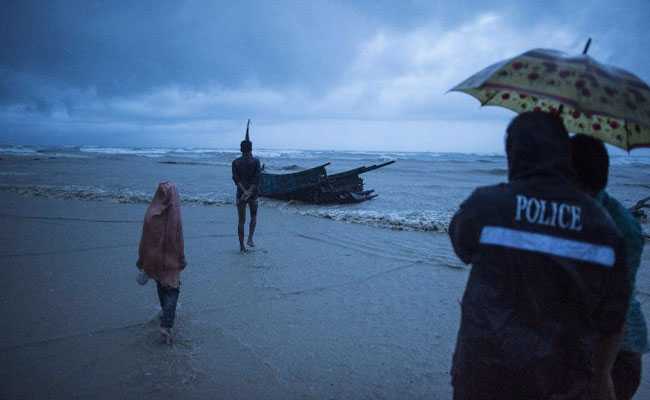