MANILA, Oct. 12 (Xinhua) -- Russia will deliver to the Philippines this month 5,000 units of AK-47 assault rifles, 20 military transport trucks and a million rounds of ammunition to help the Armed Forces of the Philippines in the fight against terrorism and violent extremism, the Russian embassy in Manila said on Thursday.

"Russia fully supports (the Philippines) in the struggle against terrorism," Khovaev said in a text message.

Philippine President Rodrigo Duterte said on Wednesday that Russia will donate a total of 5,000 Russian-made AK-47 Kalashnikov rifles, one of the world's most recognizable firearms.

"We will have the 5,000 guns for you," he said in a speech after he led the unveiling of the Scout Ranger Ville in San Miguel, a town in Bulacan province, north of Manila.

Aside from the AK-47s, Philippine Defense Secretary Delfin Lorenzana told reporters that Russia will also deliver 20 military transport trucks and a million round of ammunition.

"This is the donation of Russia in our fight against terrorism. (These equipment will be given) at no cost," Lorenzana said. 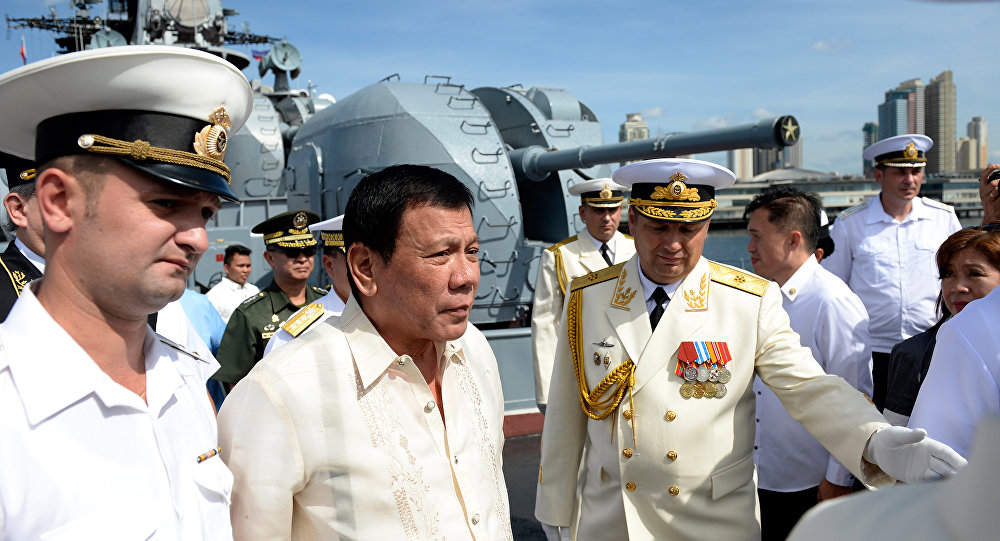