Nielsen, who is currently the White House principal deputy chief of staff, has extensive professional experience in the areas of homeland security policy and strategy, cybersecurity, critical infrastructure, and emergency management, the White House said in a statement.

The 45-year-old Nielsen is the first nominee for the post to have previously worked within the Department of Homeland Security (DHS).

With degrees from the Georgetown School of Foreign Service and the University of Virginia Law School, Nielsen first served as senior legislative policy director for Transportation and Security Administration under former President George W. Bush and then as Department of Homeland Security chief of staff under the Trump administration.

She was Kelly's top aide when the former four-star Marine general led the DHS before moving to the West Wing with Kelly who was appointed in July after former White House Chief of Staff Reince Priebus was pushed out.

Her non-nonsense style, which contributed to Kelly's efforts to streamline operations and instill discipline in the White House, has rankled some staffers accustomed to a freewheeling West Wing under Priebus.

But, viewed as a competent, experienced candidate for the job, Nielsen, as pundits said, is not expected to face a difficult confirmation process in the Senate.

Created in response to the 9/11 attacks in 2001, the DHS bears responsibility in matters of counterterrorism and national security, along with primary missions involving immigration enforcement and border protection.

The Federal Emergency Management Agency, the Secret Service and the Transportation Security Administration are also a part of the DHS, which is run on an interim basis by Elaine Duke. 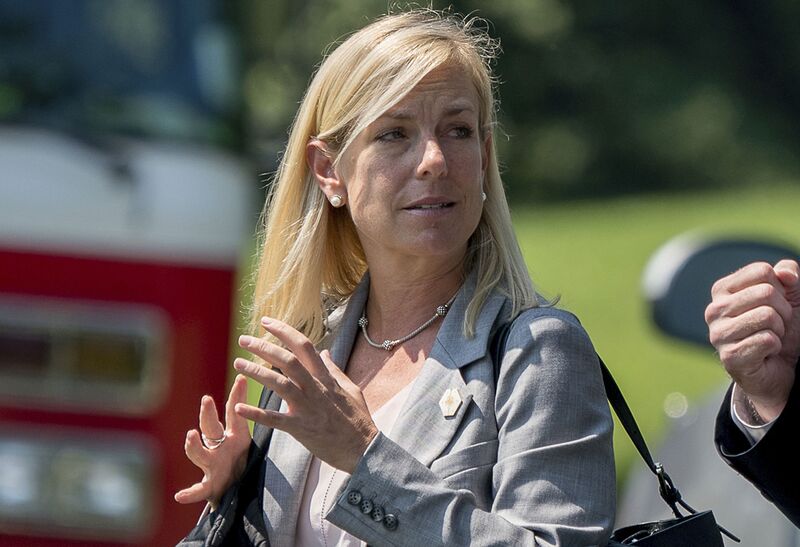