Trump claims "very good" ties with Tillerson, himself tougher than else on DPRK

WASHINGTON, Oct. 11 (Xinhua) -- U.S. President Donald Trump said here Wednesday that he and Secretary of State Rex Tillerson have "a very good relationship," adding he is tougher than anybody else on the nuclear issue concerning Pyongyang.

Trump made the remarks while meeting with Canadian Prime Minister Justin Trudeau.

Speaking of his high-profile relations with his secretary of state,Trump said "we have a very good relationship. The press really doesn't understand that, but that's ok."

As for differences on the issue of the Democratic People's Republic of Korea, Trump said he "might have a somewhat different attitude and different way than other people," adding he felt "stronger and tougher" on that subject than other people.

"I think I have a little bit different attitude on North Korea (DPRK) than other people might have. And I listen to everybody but ultimately my attitude is the one that matters," said Trump. "That's a world problem. That's a problem that has to be solved." 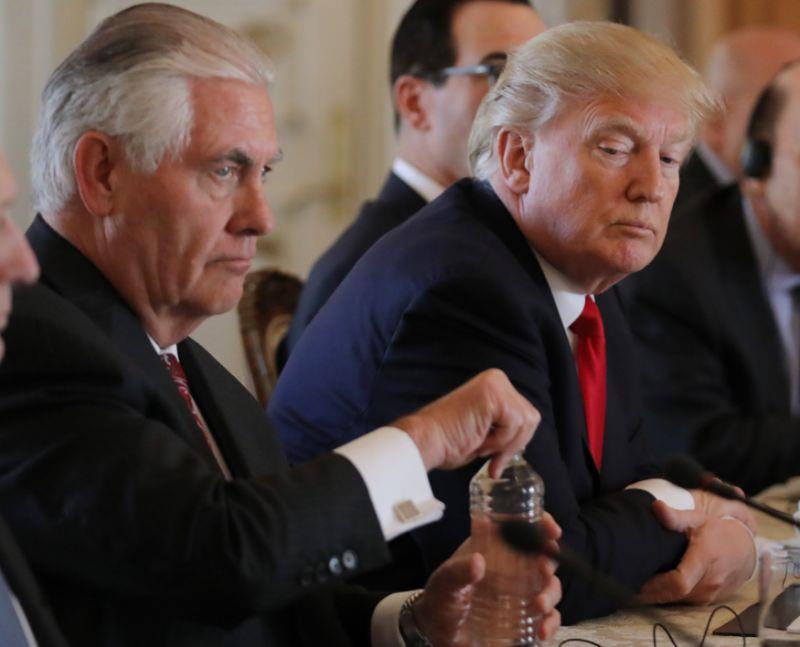