UNITED NATIONS, Oct. 12 (Xinhua) -- The number of Rohingya refugees fleeing Myanmar's northern Rakhine State for Bangladesh has reached 536,000, with 14,000 having crossed the border in the last two days, a UN spokesman said on Thursday.

The spokesman, Farhan Haq, also said UN Undersecretary-General for Political Affairs Jeffrey Feltman will be in Myanmar from Friday to Tuesday for discussions with Myanmar officials.

Haq said the trip is being made following repeated calls by UN Secretary-General Antonio Guterres "for an end to the military operation and violence in northern Rakhine State, unfettered access for humanitarian support and the safe, voluntary and dignified sustainable return of refugees to their areas of origin."

"His discussions will also focus on building constructive cooperation between Myanmar and the United Nations to tackle the underlying issues affecting all communities in the areas concerned," the spokesman said.

UN humanitarian agencies reported that as of Wednesday "the number of refugees who fled Myanmar for Bangladesh since late August has reached 536,000 with 14,000 having crossed the border in the last two days," he said.

Haq also told reporters here at UN Headquarters that the UN children's agency, UNICEF, and the government of Bangladesh have agreed to quickly construct 10,000 latrines in camps and settlements for the refugees in Cox's Bazar, where most of the refugees are being hosted.

The aim is to avert "a major disease outbreak," he said, explaining that each latrine will cost just under 150 U.S. dollars, but will provide sanitation coverage to some 150,000 people.

"UNICEF says there already have been reports of water-borne disease in the camps, stressing the need to enhance sanitation coverage," Haq said. 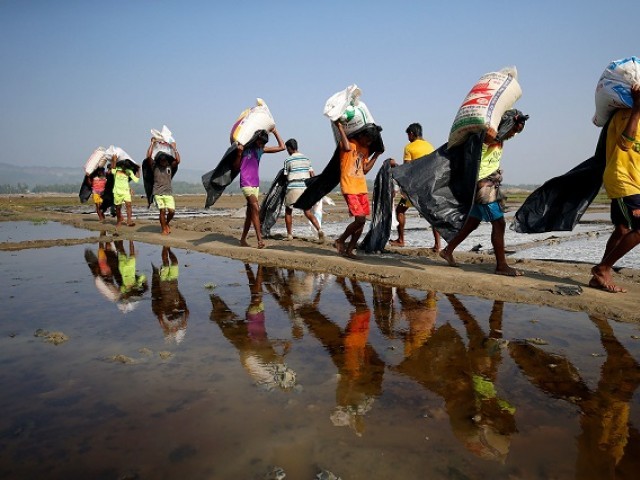