Phnom Penh (FN), October 13 - Phay Siphan, a spokesman for Royal Government of Cambodia claimed that the concern on the situation and democracy in Cambodia issued by the United Nations was made without clear understanding of the situation in Cambodia.

His reaction was shown after a UN human rights expert, Rhona Smith, released a statement from Geneva, Switzerland, yesterday that Cambodian civil and political rights are under violation. These exploitations will lead to a serious impact on the upcoming national elections and the future of democracy in Cambodia.

"There is no worrying about the situation in Cambodia because the Royal Government has work really hard in preserving the democratic process in the country. I am convinced that the UN Charter, unanimously approved by the member states, stipulates that the nation has the right and freedom to make decision and be responsible for its fate," said Phay Siphan.

A spokesman further added, "Cambodians have fought and improved their country since 1979. It is more than 20 years that Cambodia has maintained its democratic process in voting. Despite disputes with the election results of opposition parties and foreign interference, Cambodia still maintains remarkable and high level of peace, security, prosperity, fidelity and responsibility.”

The UN’s concern was expressed after Cambodian authorities arrested Kem Sokha, president of the Cambodia National Rescue Party (CNRP), who committed treason. At the same time, the National Assembly also accepted a proposal of four amendments of election law relating to the dissolution of political parties. 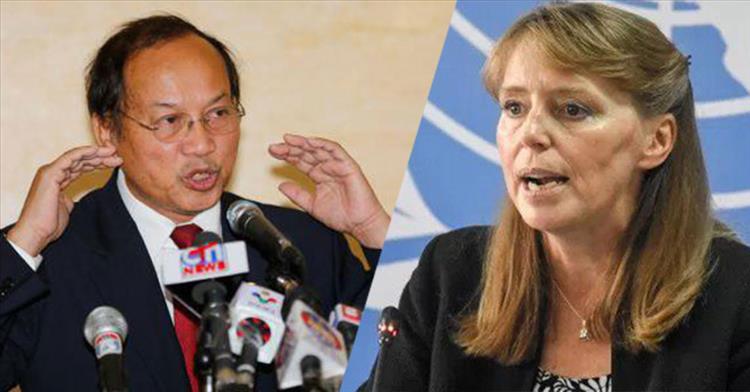