Phnom Penh (FN), October 13 - Ann Mills Griffiths, Chairman of the Board and CEO of the League of Families of American Prisoners and Missing in Southeast Asia, wrote a letter to Prime Minister Hun Sen, dated September 25, 2017 describing a temporary suspension of cooperation on POW/MIA in the country.

In response, the premier replied the letter and mentioned Cambodia's stance to deepen the cooperation between Cambodia and the U.S.

According to the premier's letter dated Oct. 12, 2017, the suspension of cooperation on POW/MIA will be temporary. 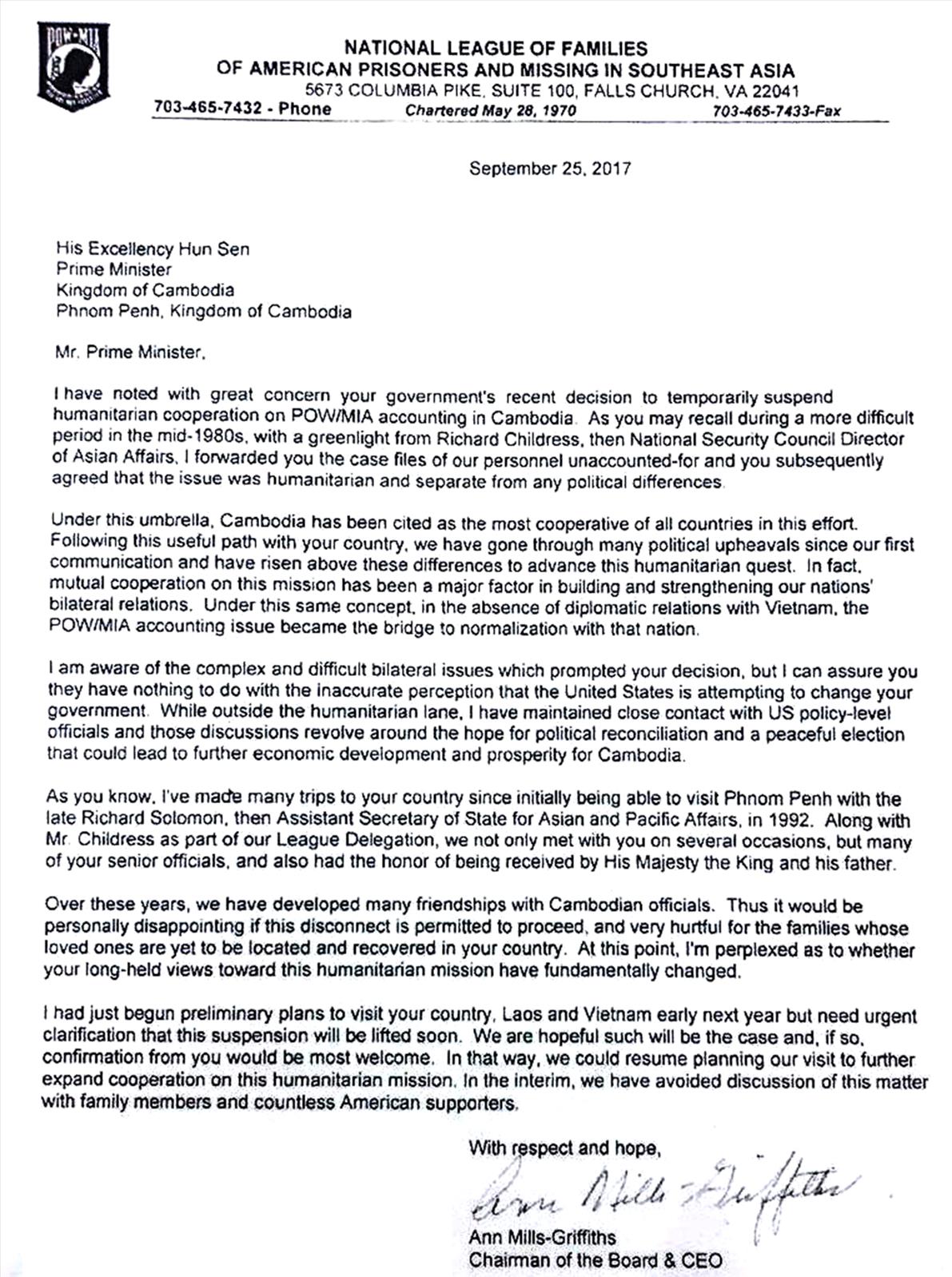