"Uttar Pradesh police found the car abandoned in Ghaziabad and accordingly informed Delhi police about it," a police official said. "However, no one has been arrested for the theft."

The car was stolen Thursday from outside the Delhi secretariat, Kejriwal's office.

On Friday Kejriwal wrote a letter to Delhi's Lt Governor Anil Baijal, saying the theft of his car points towards the rapidly "deteriorating" law and order situation in the country's capital.

The hatchback blue colour car of India's largest car maker Maruti was gifted to the Delhi chief minister by an Indian living abroad.

The car was used by the Aam Aadmi Party or AAP Common Man's Party to demonstrate its commitment to fight VIP culture and a bid to stand with country's middle class.

The car was currently being used by AAPs youth leader Vandana Singh. 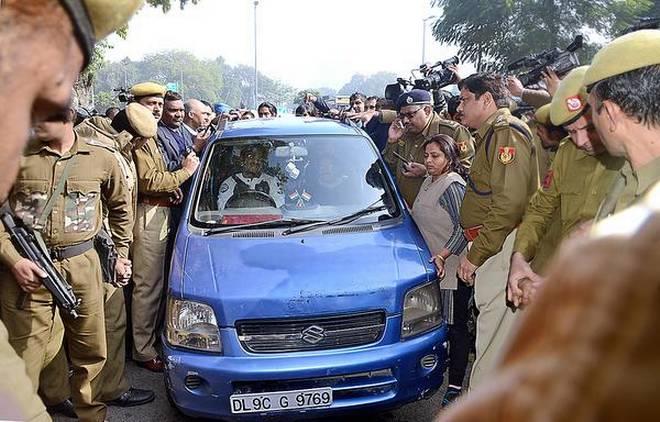