Tibisay Lucena, the CNE president, said the turnout is around 61.14 percent and the opposition Democratic Unity Roundtable (MUD) obtained five governorships, with the result of one more state to be announced.

Lucena congratulated all the Venezuelan electorates for their participation in the elections, which he considered to have one of the highest voter turnouts in recent years.

"Our differences are solved through votes and our country's fate is determined through the elections," said Lucena.

"I recognize the result of the elections in all the announcements made by the CNE," said Venezuelan President Nicolas Maduro,"Venezuela has won the truth today."

"Now I reach out my hand to the five governors of the opposition to work for their regions," said Maduro.

According to the CNE, the MUD won the governorship of the four states of Anzoategui, Merida, Tachira, Zulia and the island state of Nueva Esparta.

After ensuring that his government has "full faith in the transparency of the electoral system," Maduro asked the National Constituent Assembly (ANC) to order an audit of the entire electoral process and all the ballots cast.

At a news conference, ANC President Delcy Rodriguez praised the Venezuelan people for going to the polls and conveying a desire to live in peace. "This election has allowed us to consolidate the peace and to defend our sovereignty," he said.

Denouncing "irregularities" of the election process, the MUD said they won't recognize the results and called for a recount as well as a full audit of the vote.

"We do not recognize the results given by the National Electoral Council ... The results do not reflect the reality ... The government itself can not explain the results," said Gerardo Blyde, the MUD's campaign director. 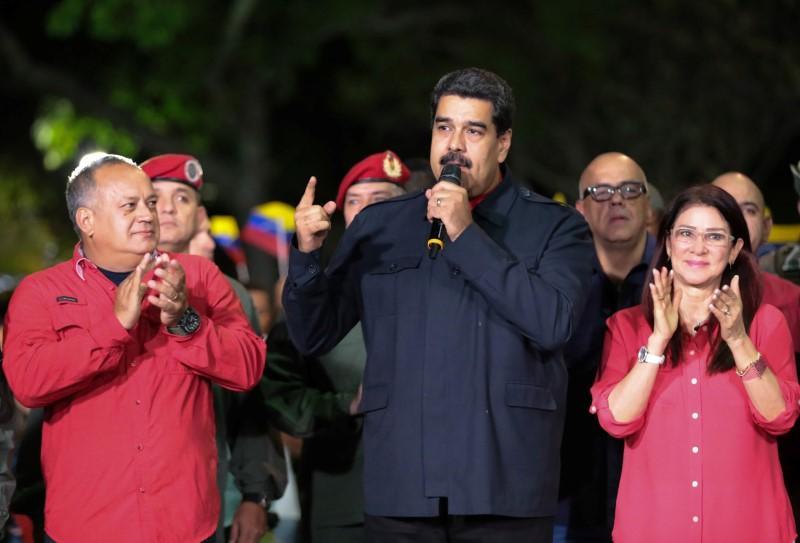