Phnom Penh (FN), October 20 - Supreme Court will hear the appeal of Kem Sokha’s lawyers on October 31, regarding a appeal against the detention of Phnom Penh Municipal Court Investigating Judge.

The court has expressed deep regret that Kem Sokha's lawyers boycotted the hearing without explaining the reason of the appeal, according to press release issued on October 26 by Touch Tharith, deputy secretary-general and the spokesman of Appeal Court.

The press release confirmed that the interpretation of the violation of the rights of Kem Sokha's defendants in the public was not properly validated.

"During the interrogation period, Kem Sokha was considered to be an accused person; hence, using Articles 300 and 305 of the criminal code to require Kem Sokha to be present in a hearing is a serious misunderstanding,” stated the Appeal Court.

Khun Leang Meng, Vice-President of the Appeal Court decided on October 26 to uphold the decision of the PPMC Judge and ordered to continue detaining Kem Sokha, according to Touch Tharith.
=FRESH NEWS 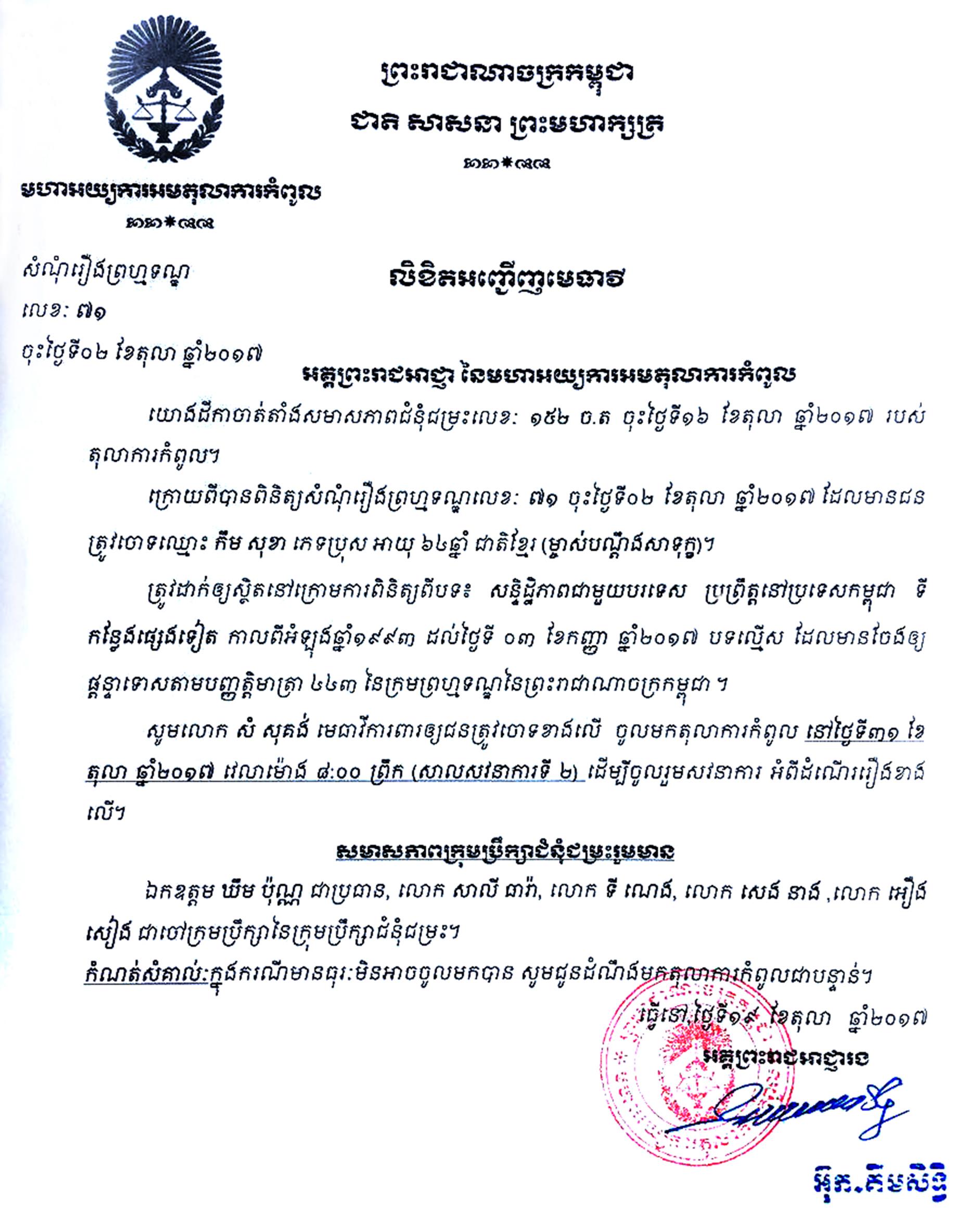