Phnom Penh (FN), October 26 - Prime Minister Hun Sen sent a warmest congratulation to Chinese President Xi Jinping on his re-election as the General Secretary of the Communist Party of China on Thursday.

"The long lasting friendship and cooperation between CPP and Communist Party of China will be further strengthened and developed for the mutual benefits of the two nations and people," the premier wrote in the letter addressed to Xi, dated Oct. 25, 2017. 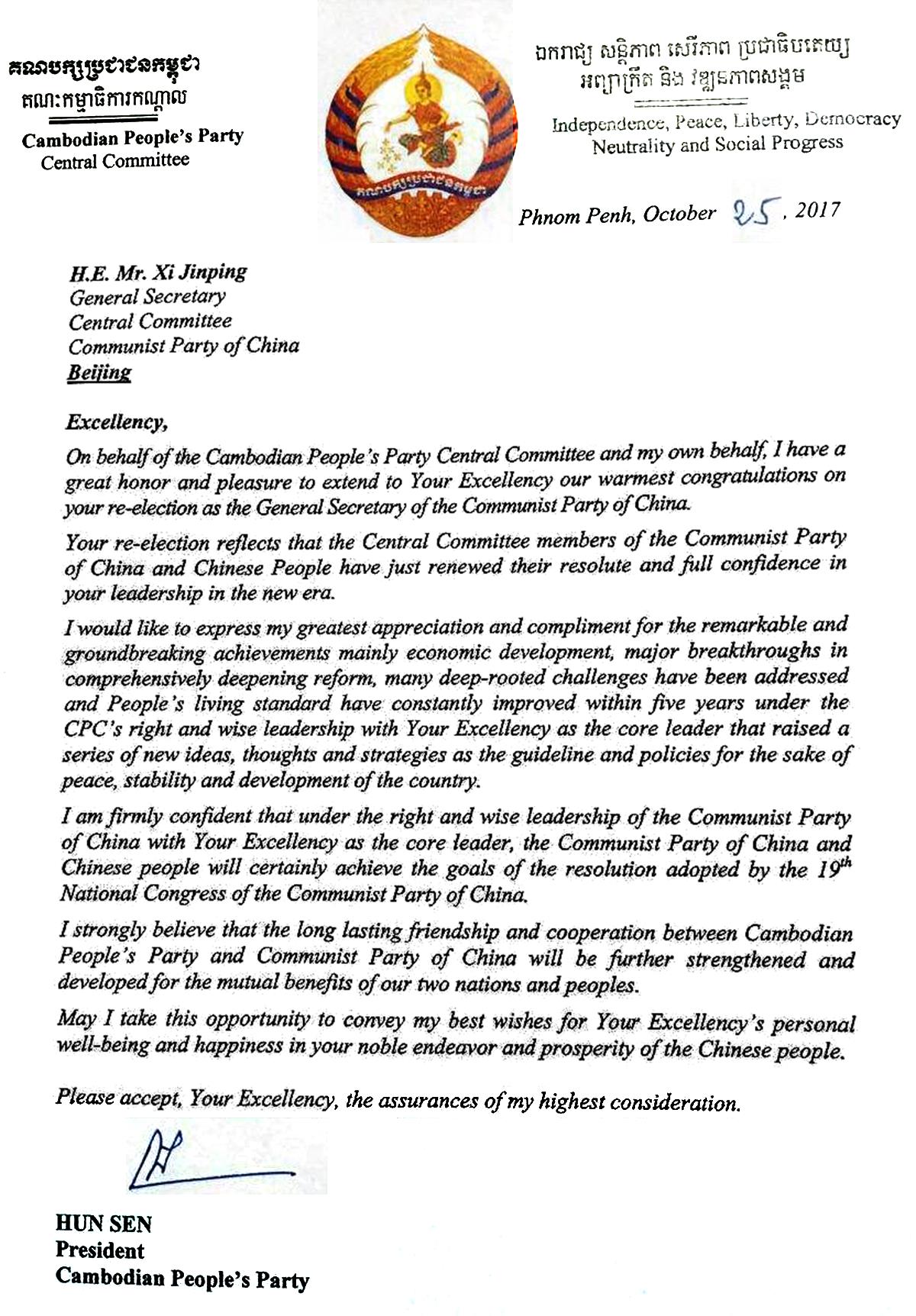