Phnom Penh (FN), Oct 27 - Following the request of Kem Ley’s mother and younger brother on Friday evening, Prime Minister Hun Sen decided to donate $20,000 for Kem Ley’s burial site on top of the first $50,000 that he had granted.

The $20,000 grant is passed on through Lim Cheavutha, Founder and CEO of Fresh News, in order to deliver tomorrow to Kem Ley’s family in their hometown at Takeo province.

This grant was given after Kem Ley’s mother wrote a letter to Prime Minister Hun Sen and his wife regarding the request for additional financial aid to construct the burial site after the first aid was entirely spent.

The letter states that as mother and younger brother of Kem Ley, they would like to request the premier for another financial assistance as he may want to construct the burial site that needs over 70 percent to complete.

They added that they had tried to get donation from Cambodians living in the country and abroad, but it was not enough to build the burial site and that there is only Prime Minister Hun Sen who could help their family finish the entire burial site construction.
=FRESH NEWS 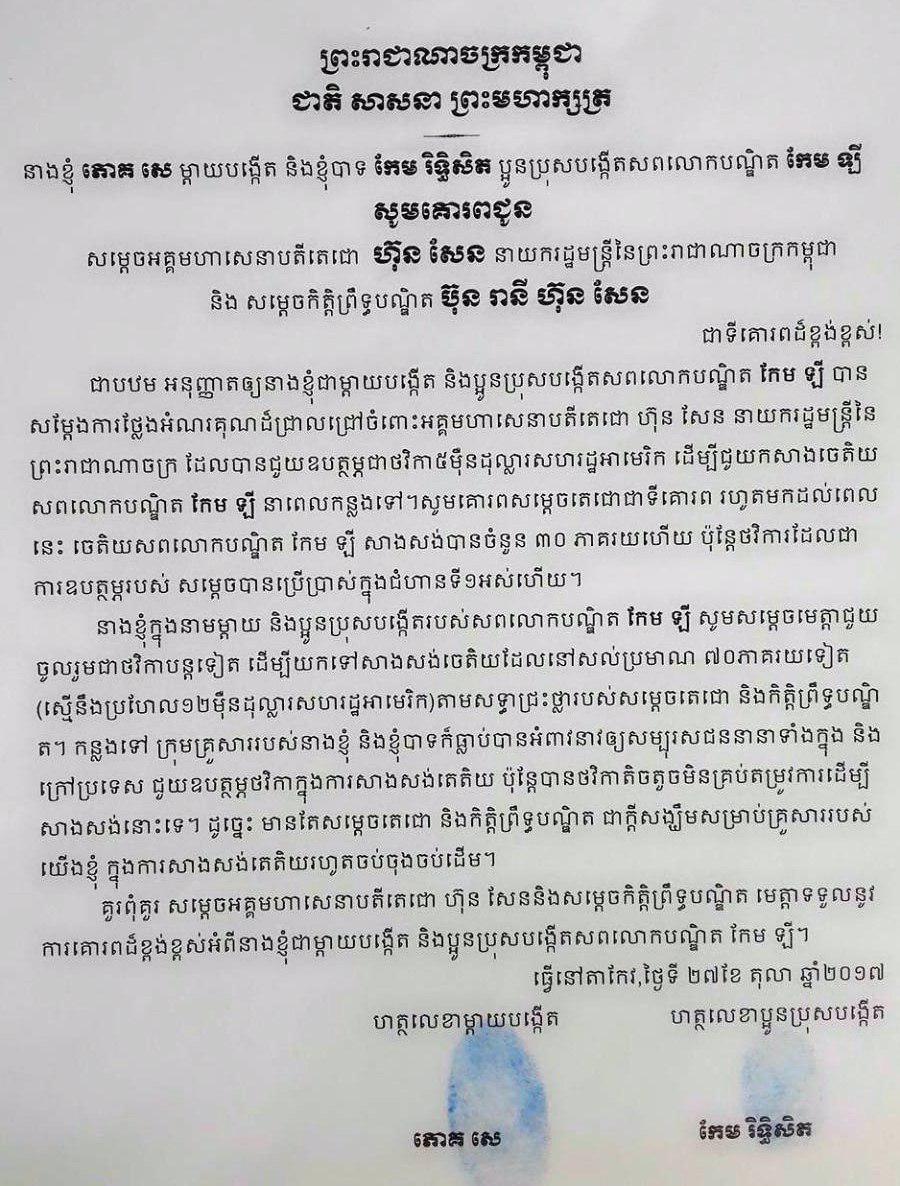 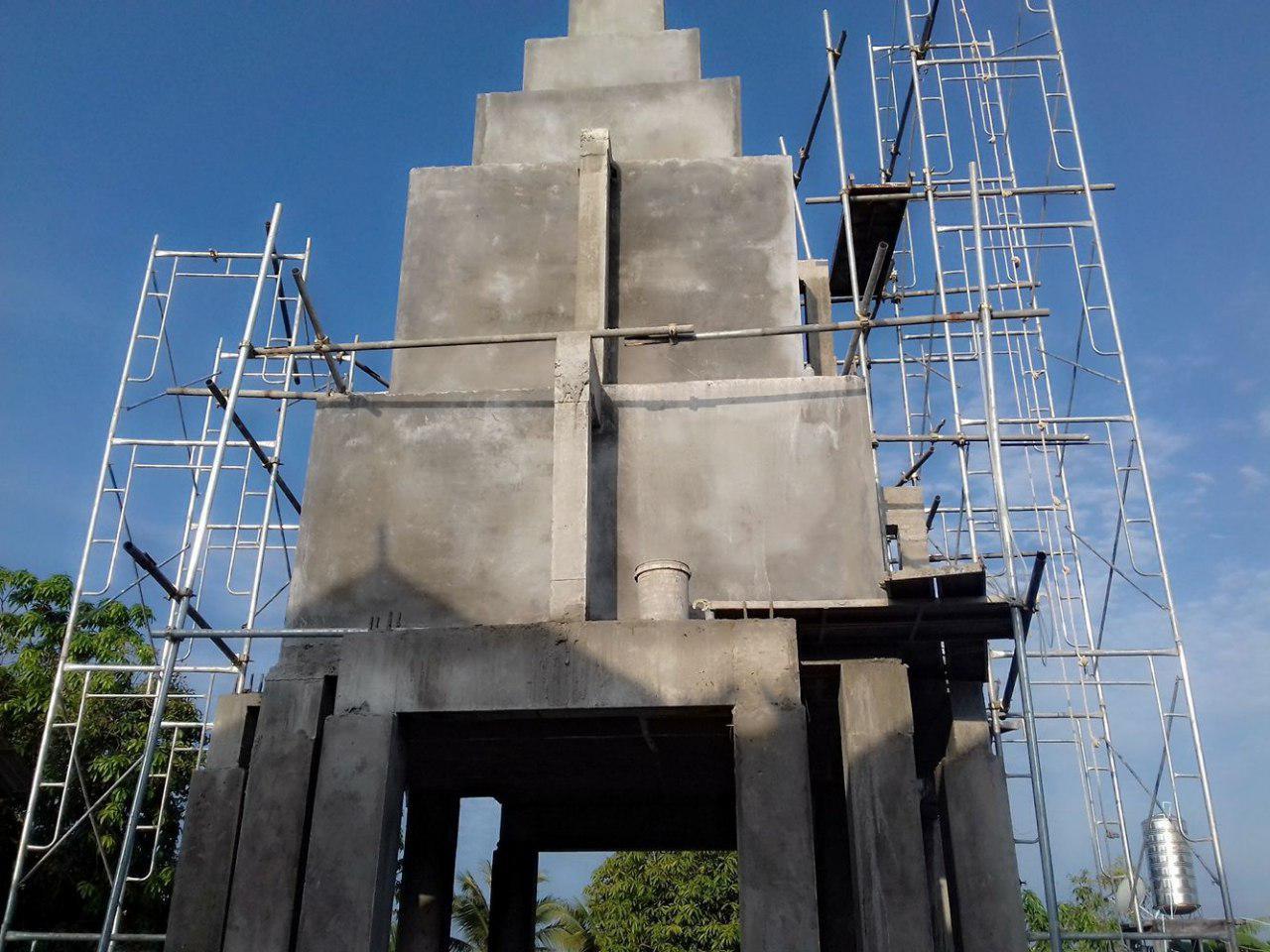 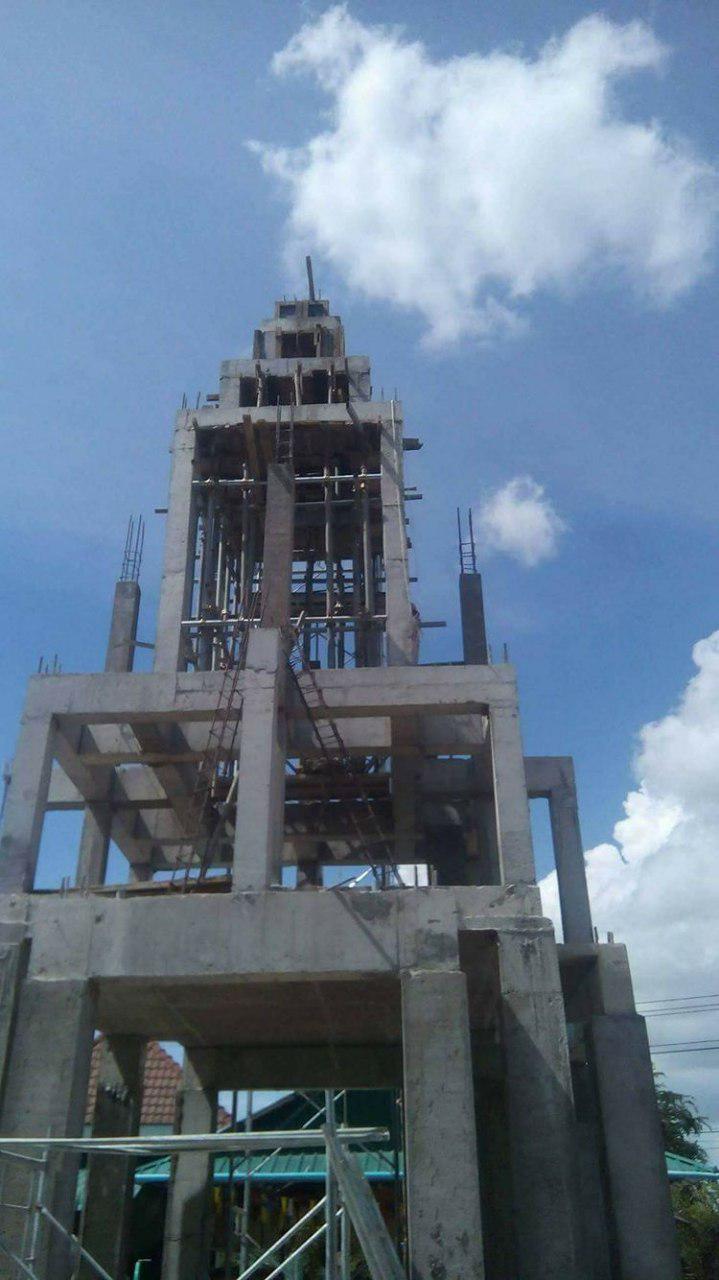 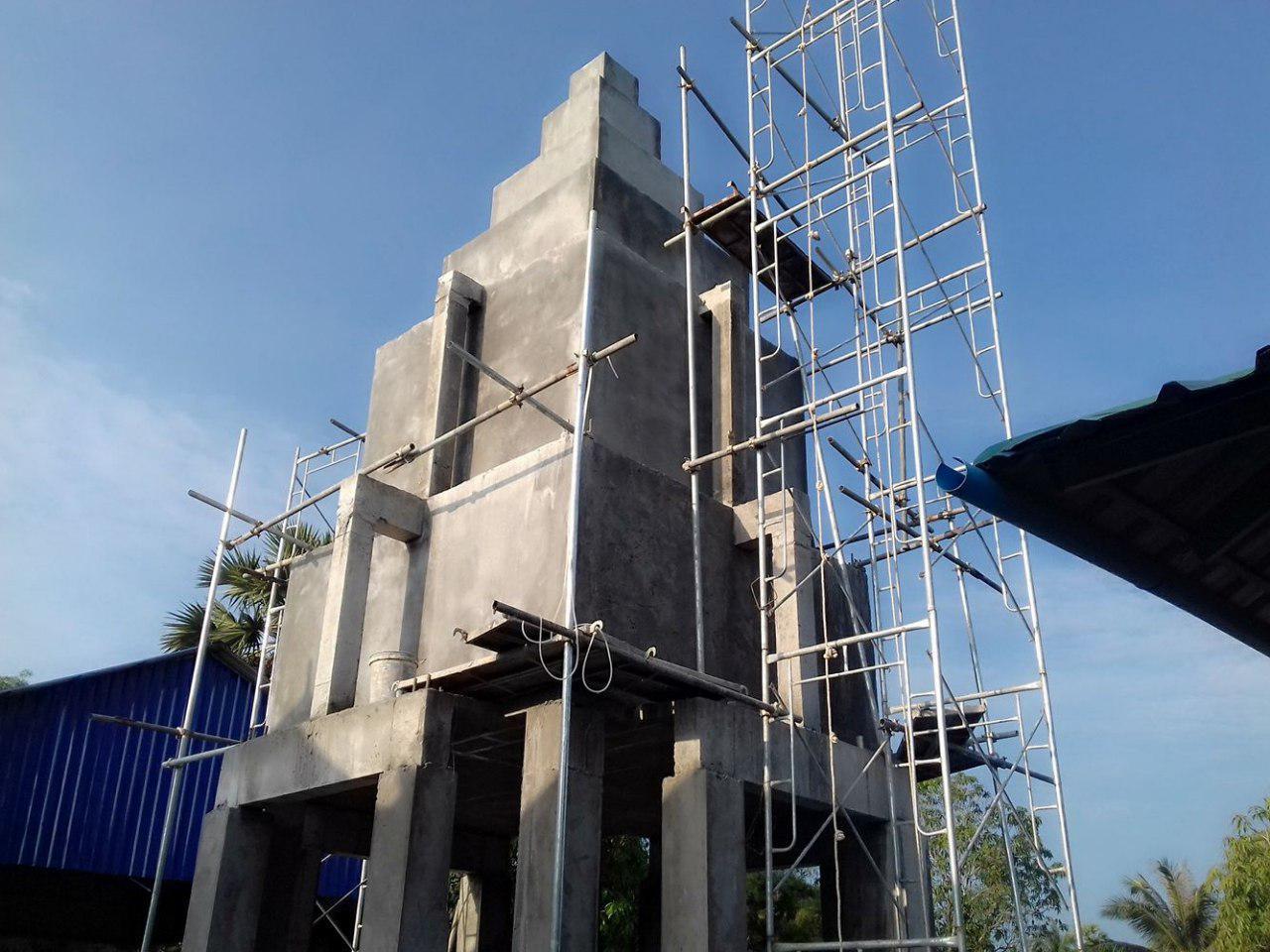