This statement was made when Prak Sokhonn, Senior Minister and Minister of Foreign Affairs discussed with Matthew during their meeting on Tuesday in Manilla, Philippines.

This positive statement was made just one day after Prime Minister Hun Sen announced that he supported President Donald Trump’s policy of not interfering into other countries' internal affairs, and he also highlighted a number of issues that Cambodia and other nations faced from the U.S. political interference.

Prak Sokhonn expressed his regrets to Matthew on deportation issue, with which the US continues sending Cambodian citizens living in the US back to Cambodia. The Minister reminded the US of humanitarian and merciful actions when deporting Cambodians.

In response to Matthew's mention on freedom of speech, NDI and Civil Organizations along with the Opposition Party, Cambodia National Rescue Party (CNRP), Prak Sokhonn said all are based on existing laws of Cambodia.
=FRESH NEWS 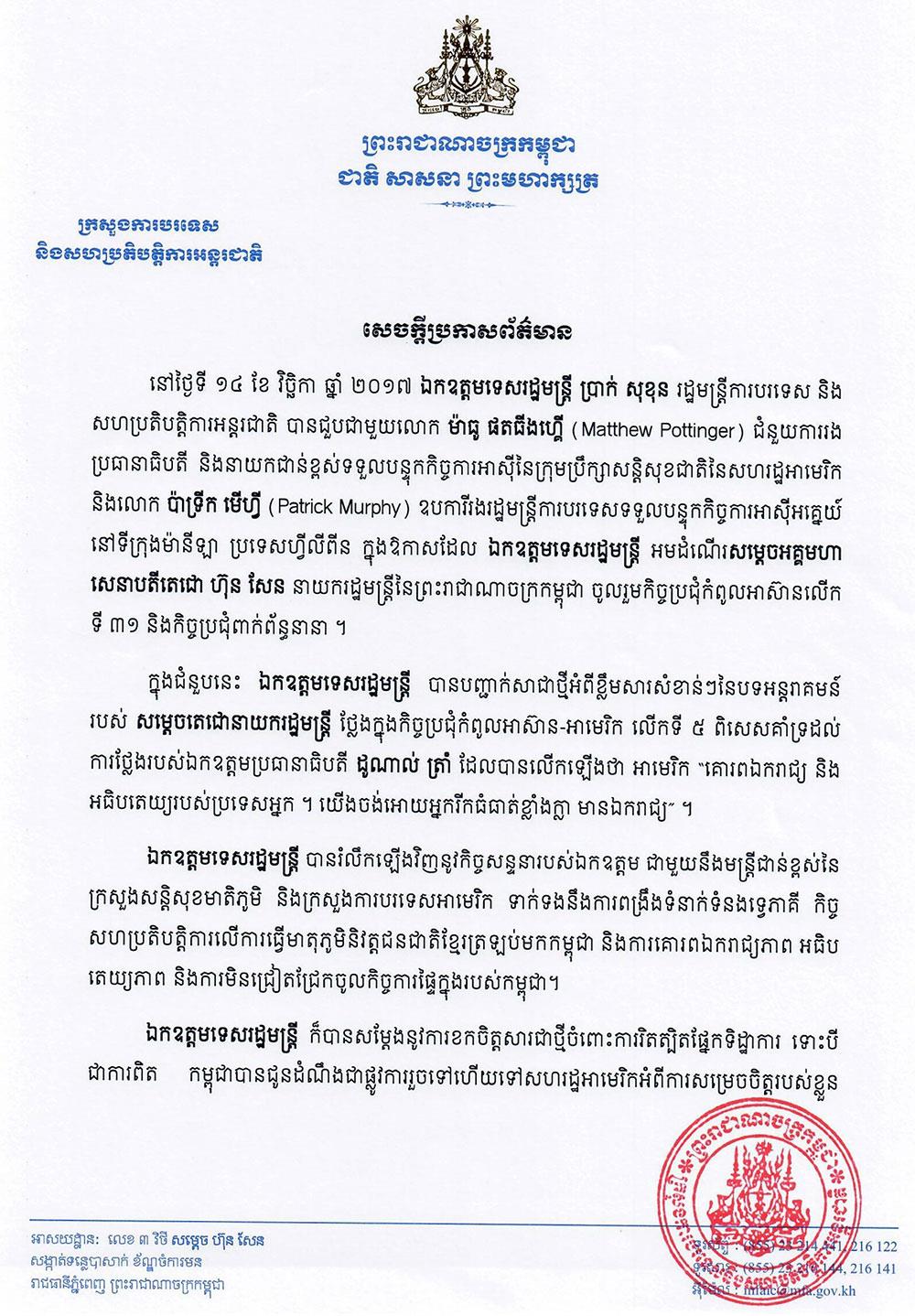 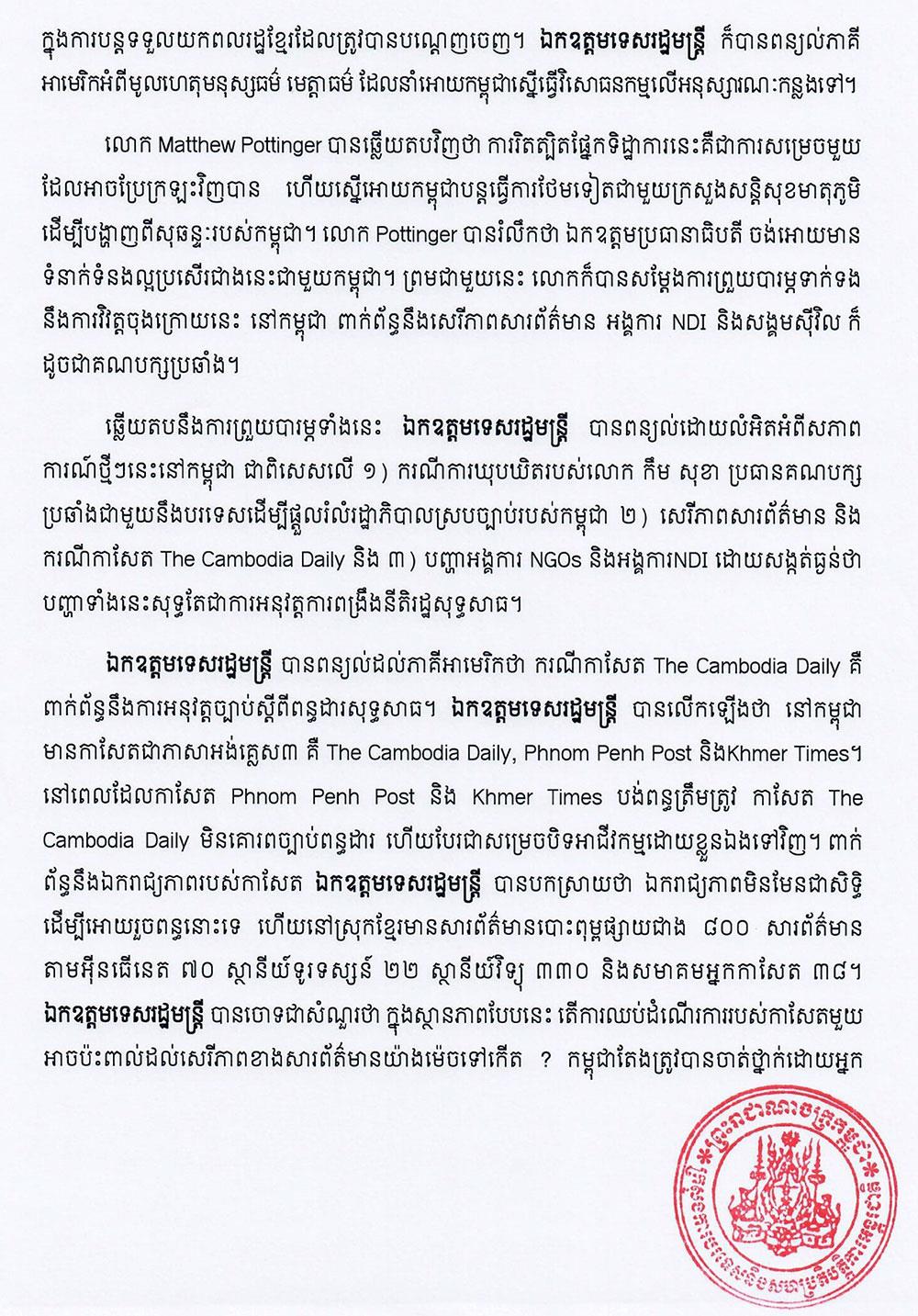 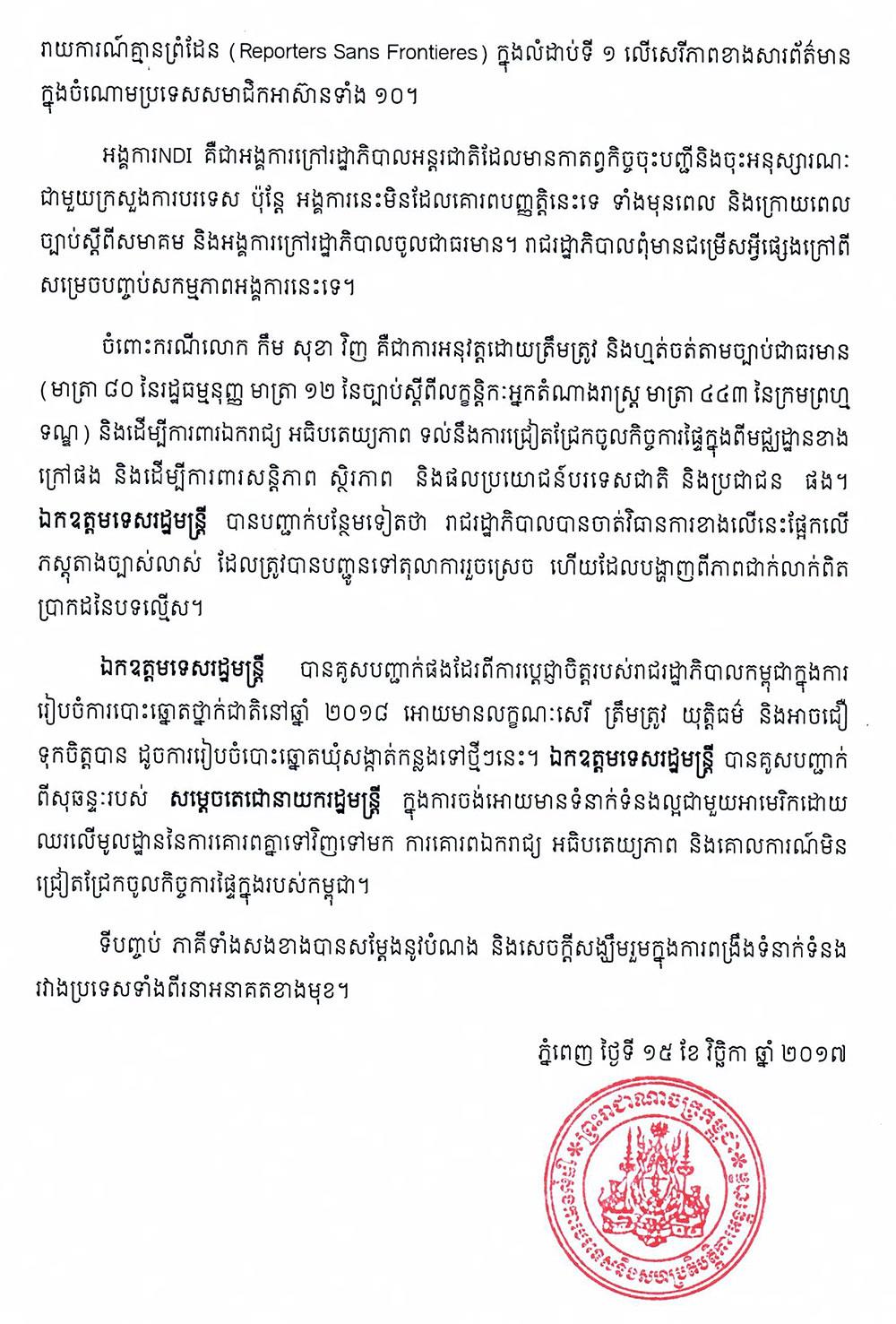