UNITED NATIONS, Nov. 17 (Xinhua) -- More than 100 Rohingya refugees are known to have drowned in shipwrecks and boat incidents as they fled from Myanmar to Bangladesh, a United Nations (UN) spokesman said Friday.

Stephane Dujarric, the chief UN spokesman who reported the grim statistics, told reporters at UN Headquarters in New York that the UN Refugee Agency (UNHCR) has received reports of some 30 improvised rafts, carrying more than 1,000 people arrived in Bangladesh from Myanmar.

Unable to pay to cross over to Bangladesh, the spokesman said refugees "are building rafts from whatever materials they can get their hands on" to make the four-hour trip across the Naf River or the upper part of the Bay of Bengal inlet into which the river flows.

Recent arrivals told UNHCR that they had been "waiting for more than a month in desperate conditions" on the shores of Myanmar, according to Dujarric.

The UN Office for the Coordination of Humanitarian Affairs (OCHA) reported approximately 620,000 Rohingya refugees have fled Myanmar for Bangladesh since Aug. 25.

"The refugees are mostly living in makeshift settlements without adequate infrastructure or services," Dujarric said.

Dujarric pointed out that the Rohingya Refugee Crisis Response Plan has received nearly 140 million U.S. dollars, just under one-third of what is actually needed. He urged donors to disburse the funds as quickly as possible. 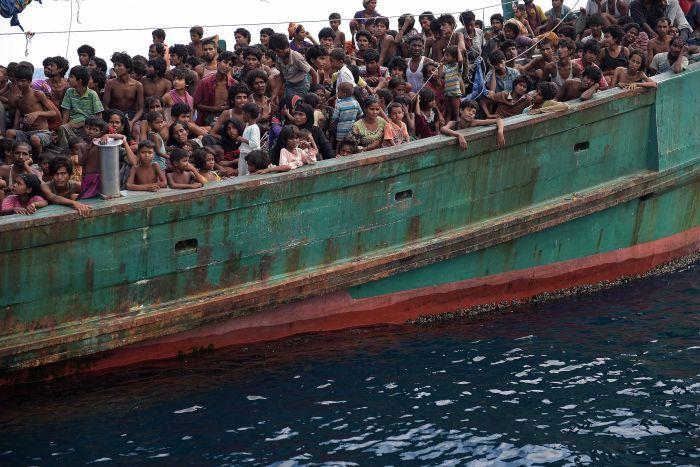