Phnom Penh (FN), Nov. 18 - Heather Nauert, spokeswoman of the US Department of Foreign Affairs and Trade, held a weekly press conference on Saturday expressing her remarks on the United States' position related to the situation in Cambodia.

She pointed out that the US officials must compare Cambodia to its neighboring countries with justice and dignity because it is the country’s portrayed reputation.

When asked whether her resolution on the dissolution of Cambodia National Rescue Party (CNRP) was making Cambodia further from democracy, she responded yes.

When asked whether which country in the region was democratic while noted that Thailand is currently under military rule, Vietnam and Laos under one-party system, and Myanmar is a bad example for democracy, she responded that democracy does exist in the region. For example, Bangladesh.

She said democracies in the region that would have greater concerns about movement away from freedom of the press and other freedoms.
=FRESH NEWS 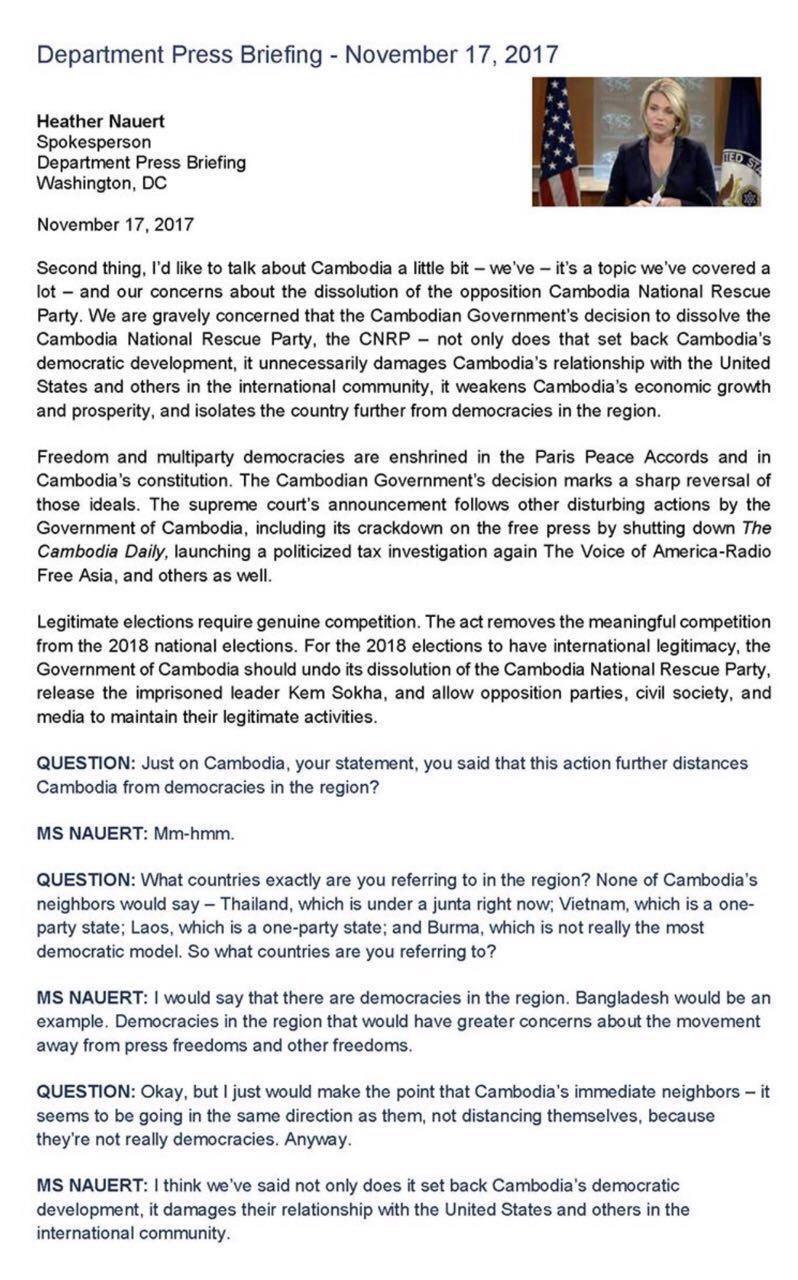