NEC Reacts to EU Suspending the Support for Elections

Phnom Penh (FN), Dec. 13 - The National Election Committee (NEC) issued a statement today in response to the EU statement on Tuesday decided to cut the aid for Cambodian elections.

The decision of the EU came after the dissolution of main opposition party on November 16, 2017.

The EU has learnt that the division of seat in the National Assembly has violated the willingness of people in supporting the opposition part in 2013 and 2017 and thus decided to cut the aid.

However, NEC's statement addressed the following three points to the EU.

First, the EU should understand that the role of the NEC is to host free and fair elections, so the EU should not take the matter of the court and political issues into account and cut the support.

Second, the NEC maintains two major roles: all Cambodians must have a proper name on the voter list, and that the ballot must be counted accurately, not in favor of any political parties.

Third, the cooperation between the NEC and all supporters are transparent. 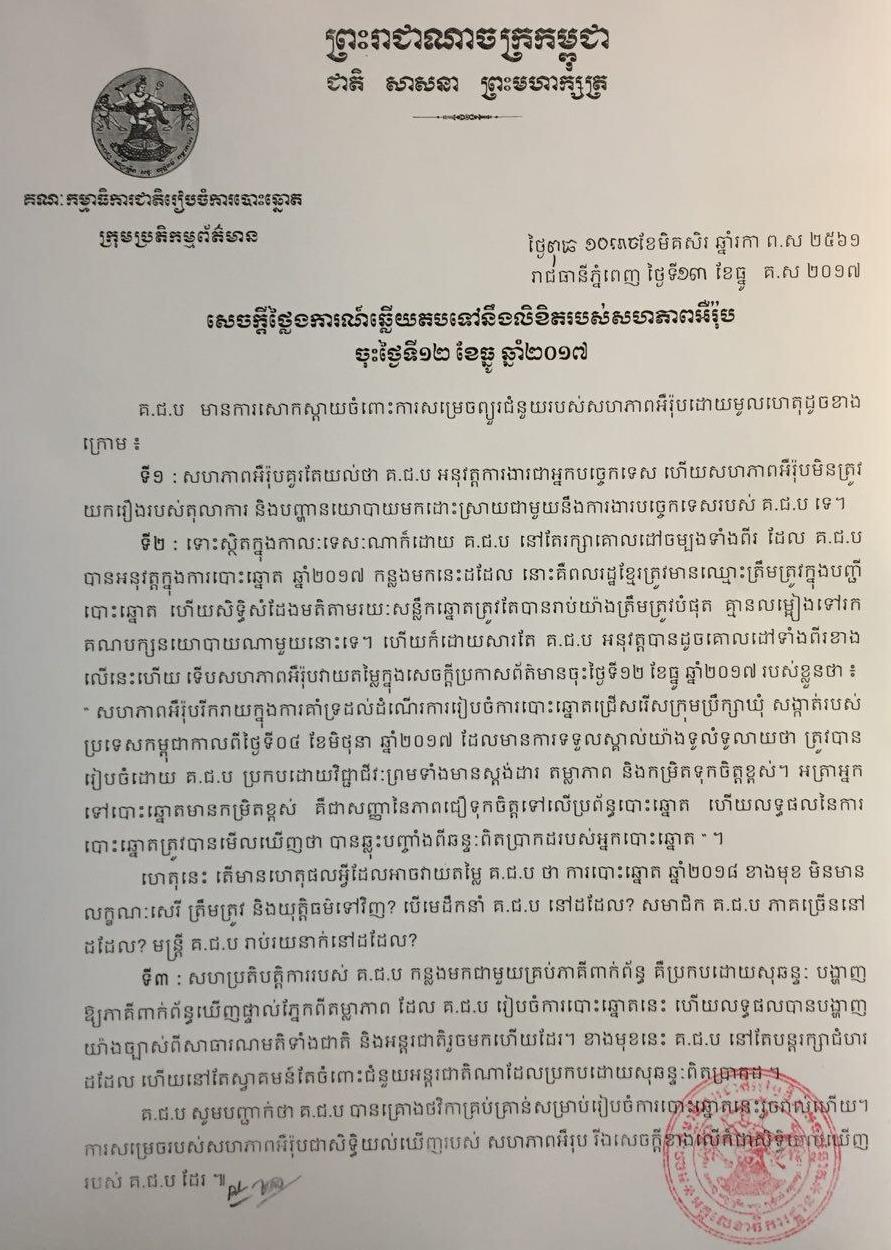