Phnom Penh (FN), Feb. 6 – China has become the major Cambodian rice importer for the last three consecutive years from 2015-2017, according to the Statistics of the Secretariat of One Window Service for Rice Export Formality. 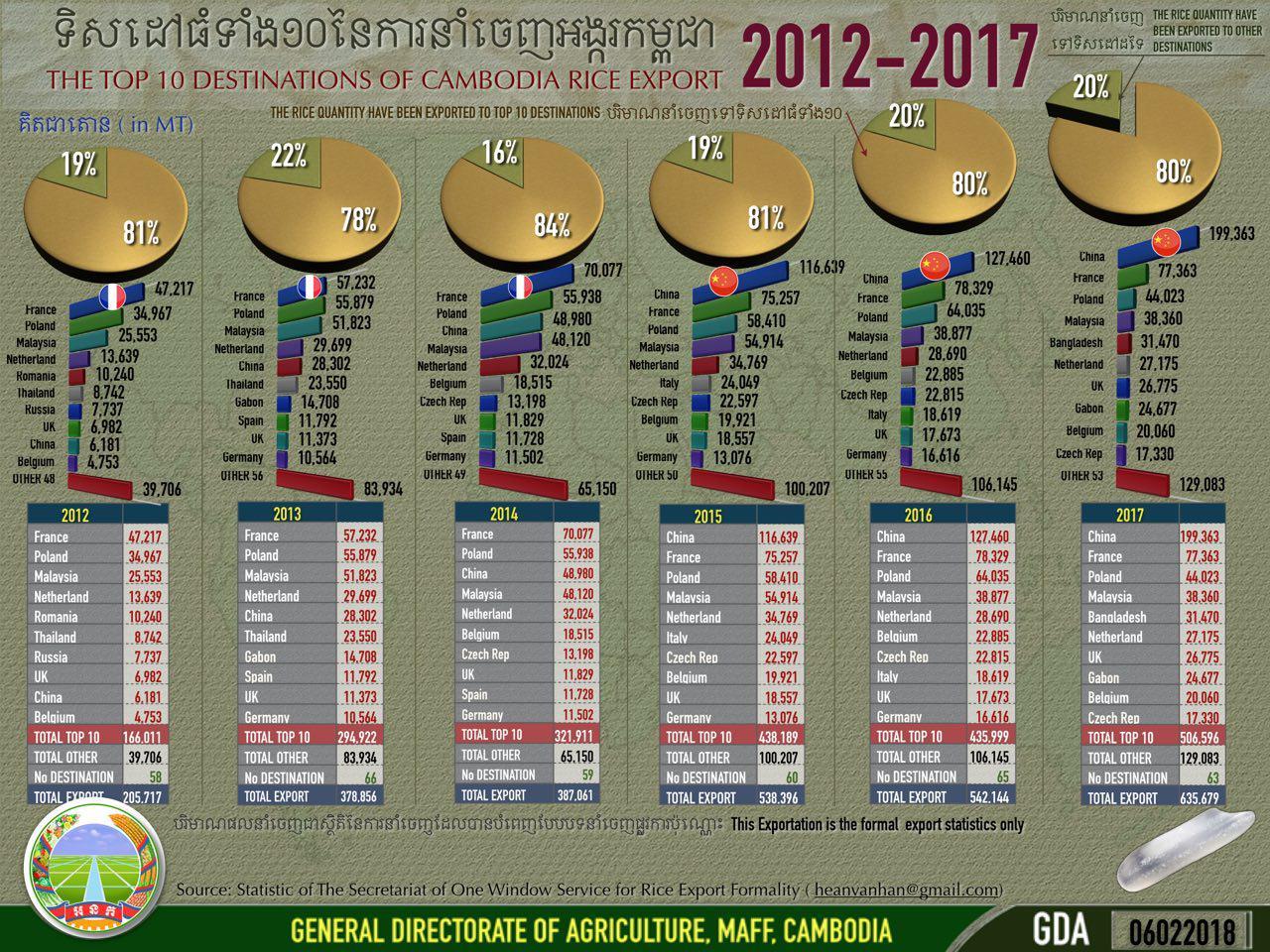