The letter stated that Japan fully supported Cambodia by providing a variety of aid for projects including infrastructure improvement, humanitarian assistance, business development, and electoral support.

In particular, Japan sent Japanese Self-Defense Forces for the peacekeeping mission in Cambodia.

The Japanese Prime Minister added that friendship and trust has strongly connected the two nations together.

He also expressed his sincere appreciation to Cambodia for achieving remarkable economic development with the support of the international community and has been actively involved in the world peacekeeping operations.

In February, the Japanese government provided about $8 million to develop projects in Cambodia.

Kem Sokha's daughter, Kem Monovithya, has demanded Japanese government to explain about the Japan's aid for the election process in Cambodia.

Japan must explain to Cambodians why they support the artificial elections, taking away the will of the millions of Cambodians, Kem Monovithya wrote on Twitter on Thursday. 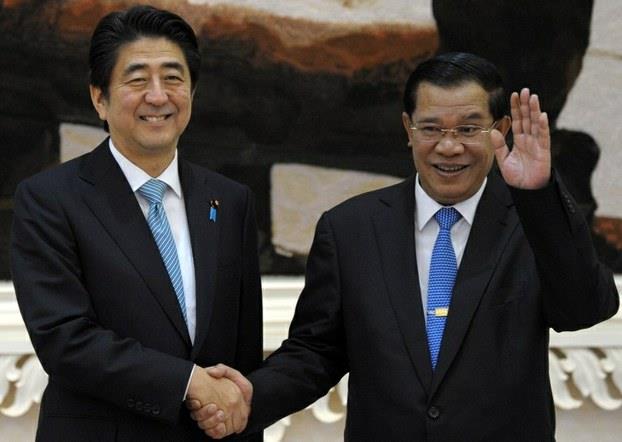 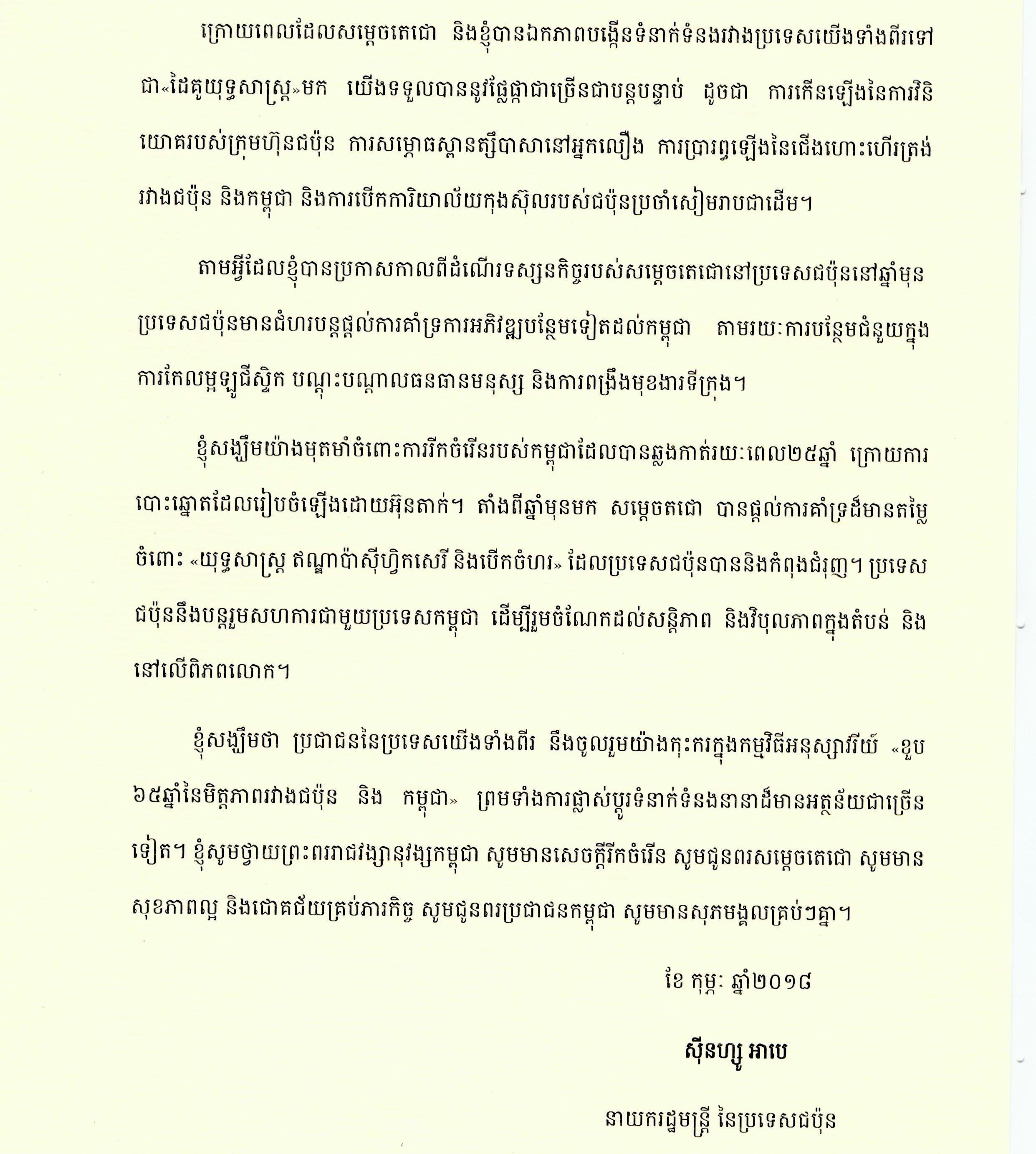