Phnom Penh (FN), March 3 -Law on Amendment of Penal Code on Lèse-majesté, as well as the constitutional amendment on certain articles have been promulgated, according to a Royal Krom signed Acting Head of State, Senate President Say Chhum on February 27, 2018.

The Amendment on the Penal Code aims to ensure the protection of the dignity of the King, Head of the Kingdom of Cambodia, in conformity to the constitution of Cambodia.

The Penal Code stipulated that “insulting the King will be subjected to one to five years imprisonment and a fine between $500 to $2,500”.

The four draft laws, including the Draft Amendments on Constitution; Draft Criminal Code Amendment related to Lèse-majesté; Draft Amendment on the Organization and Functioning of Constitutional Council; Draft Law on the Approval of the Agreement on the Promotion of Trade Facilitation and Cambodia-Vietnam-Laos Development Triangle were enacted on Feb. 14, 2018 by the National Assembly.
=FRESH NEWS 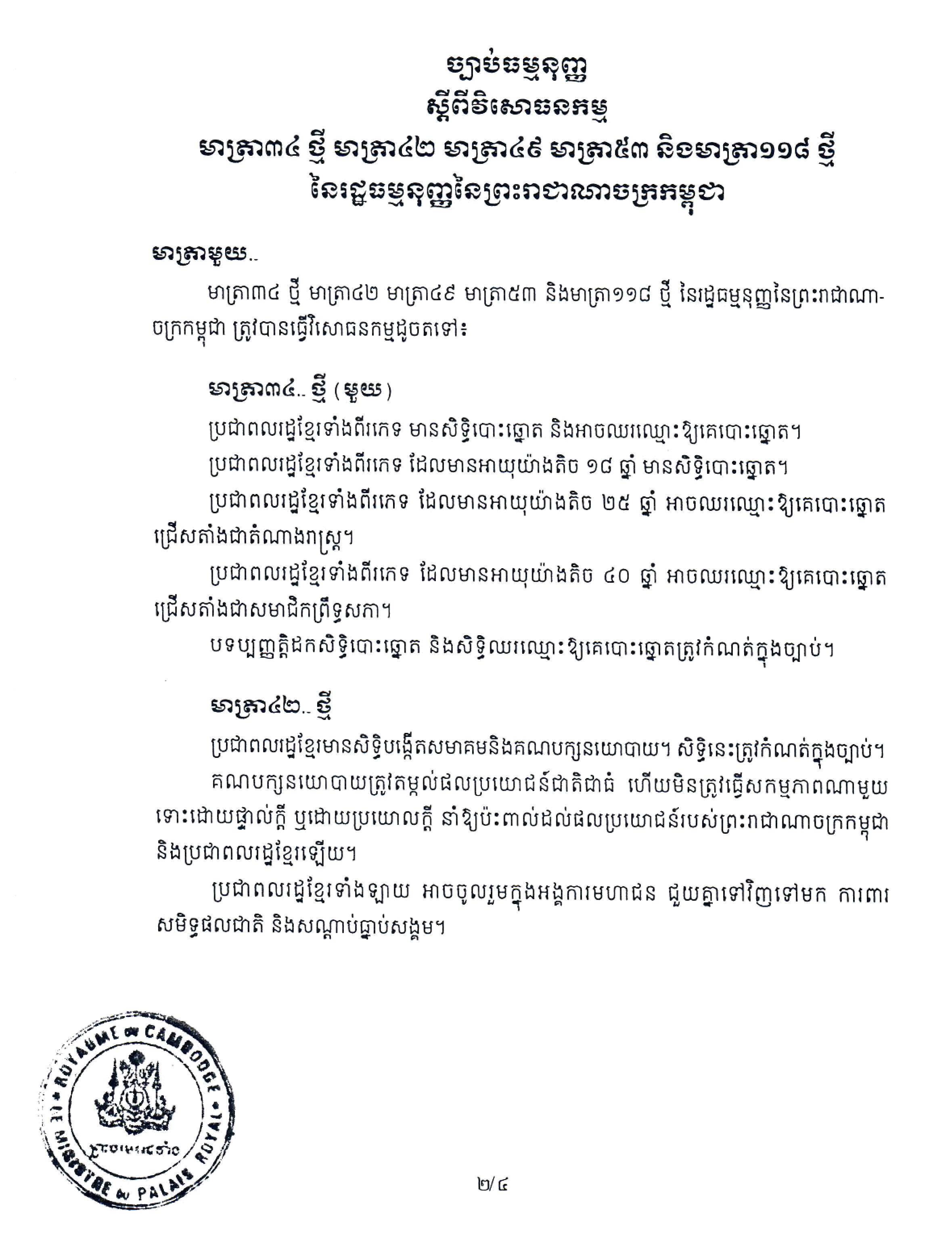 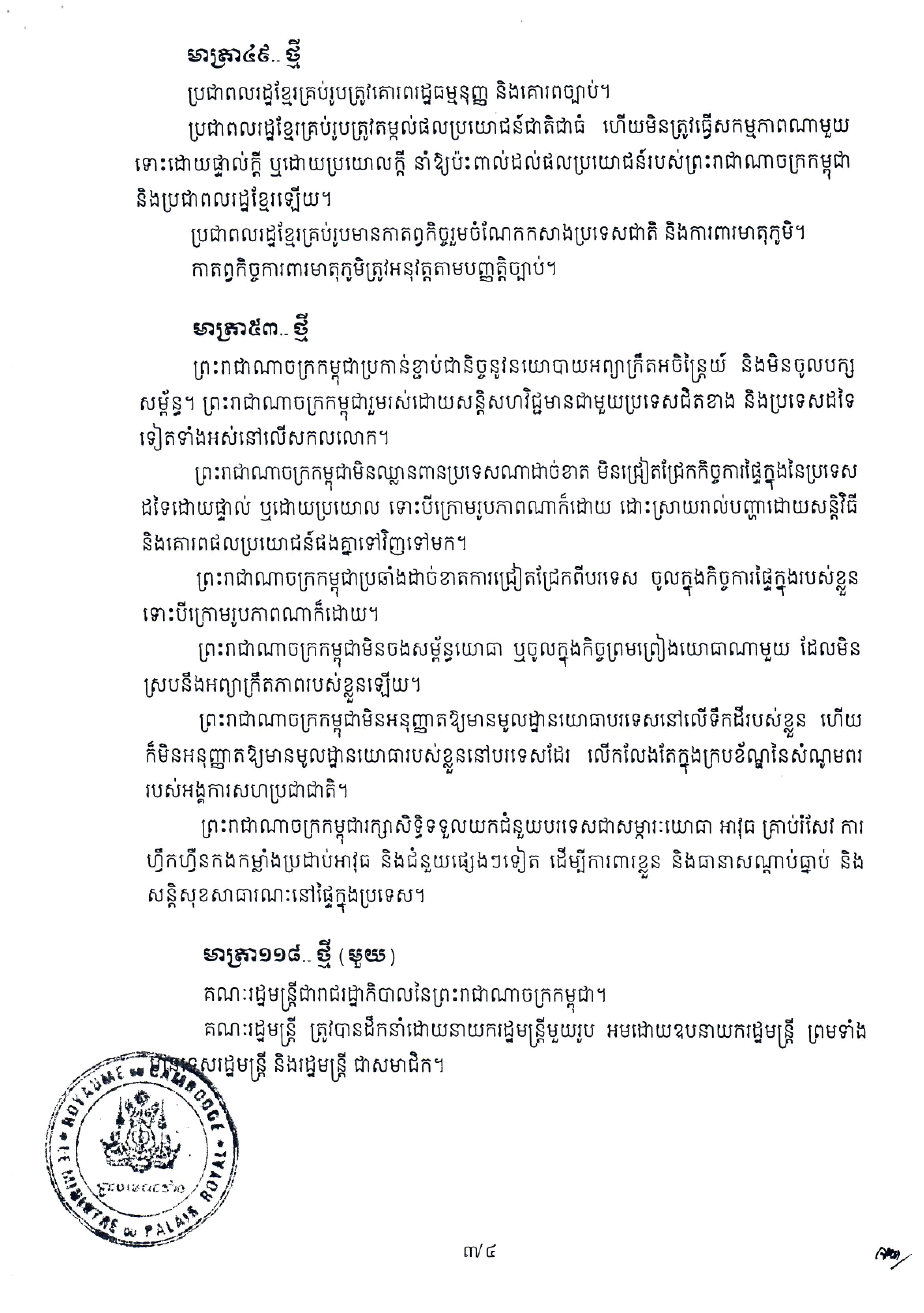 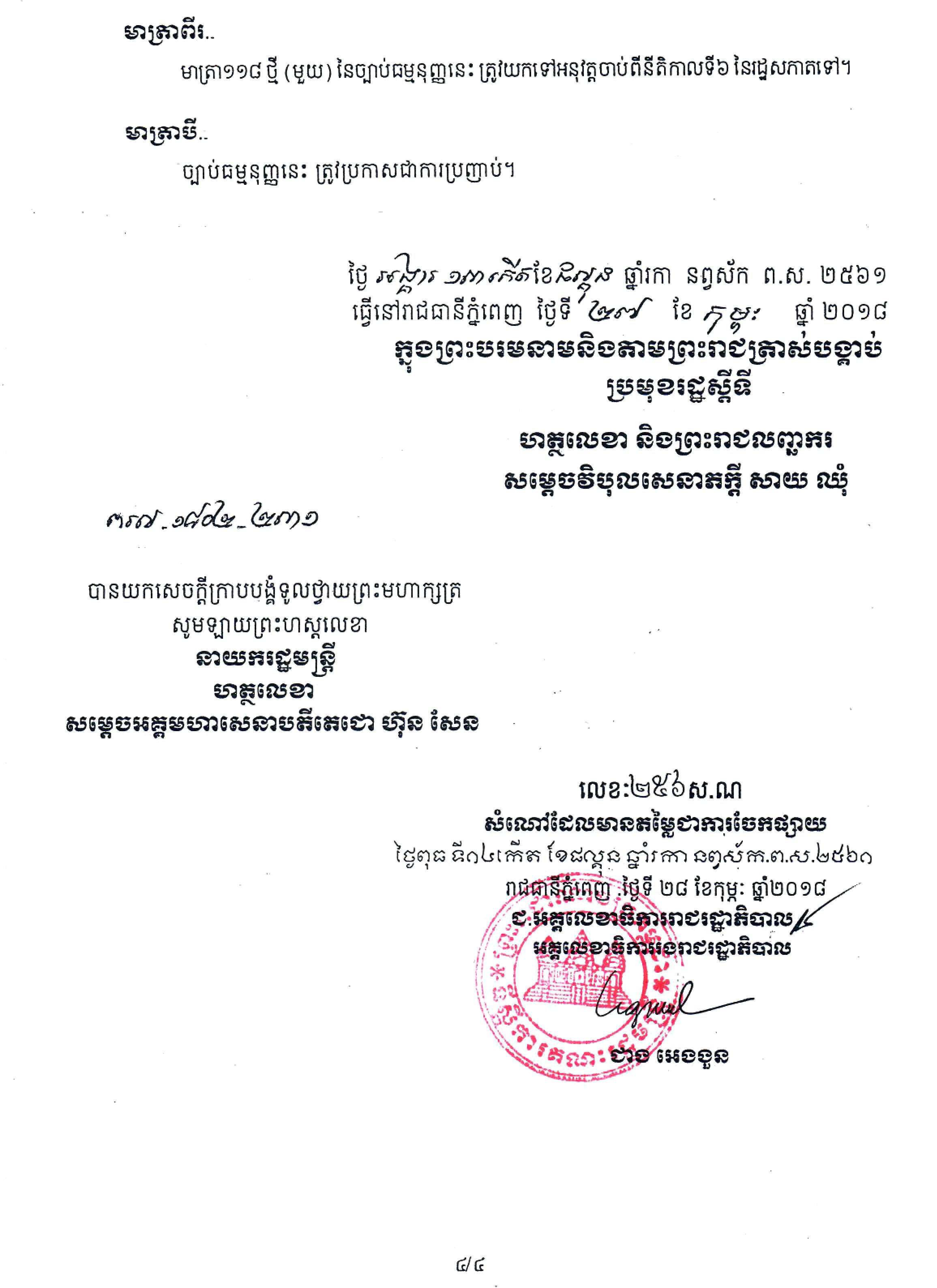 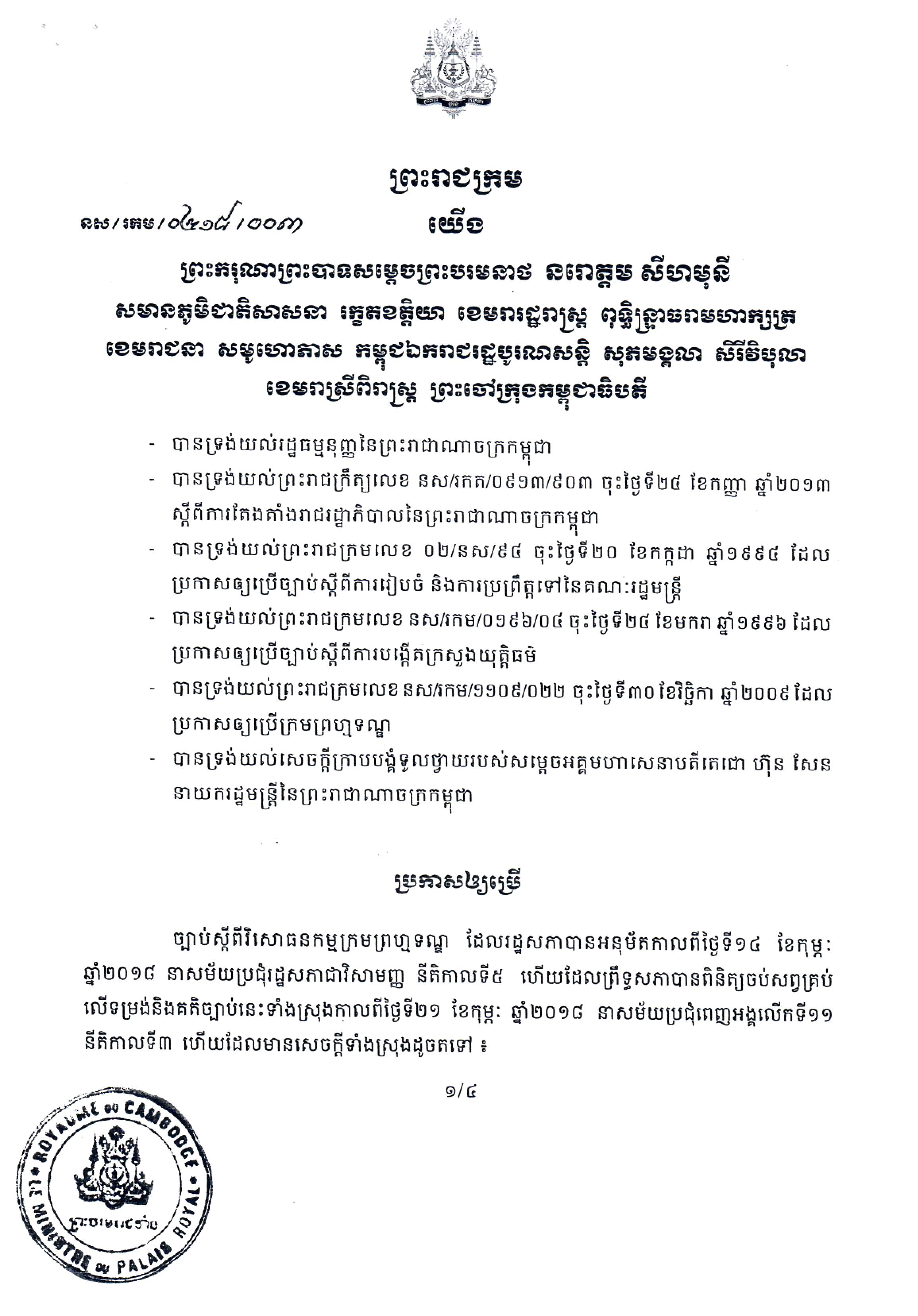 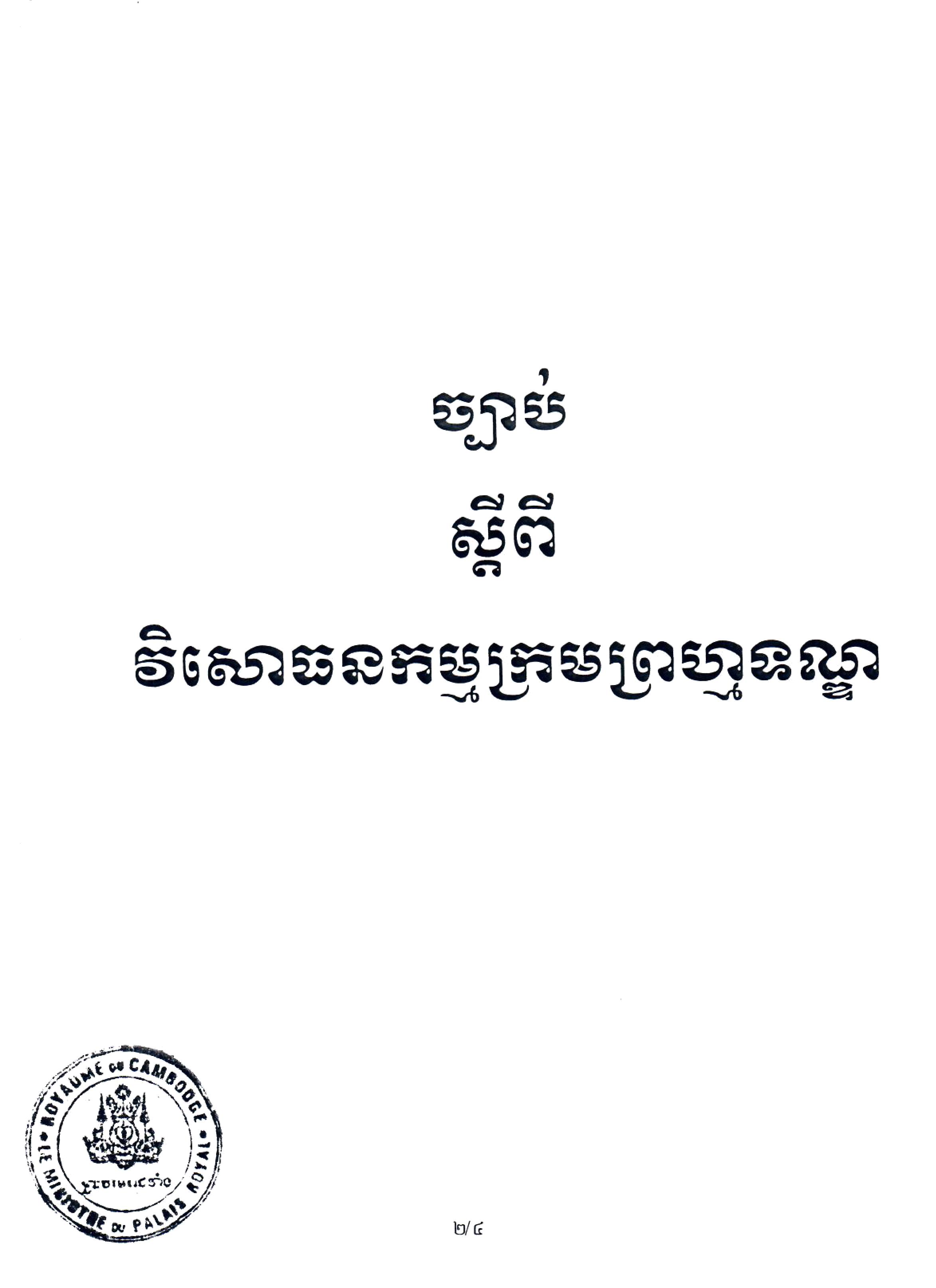 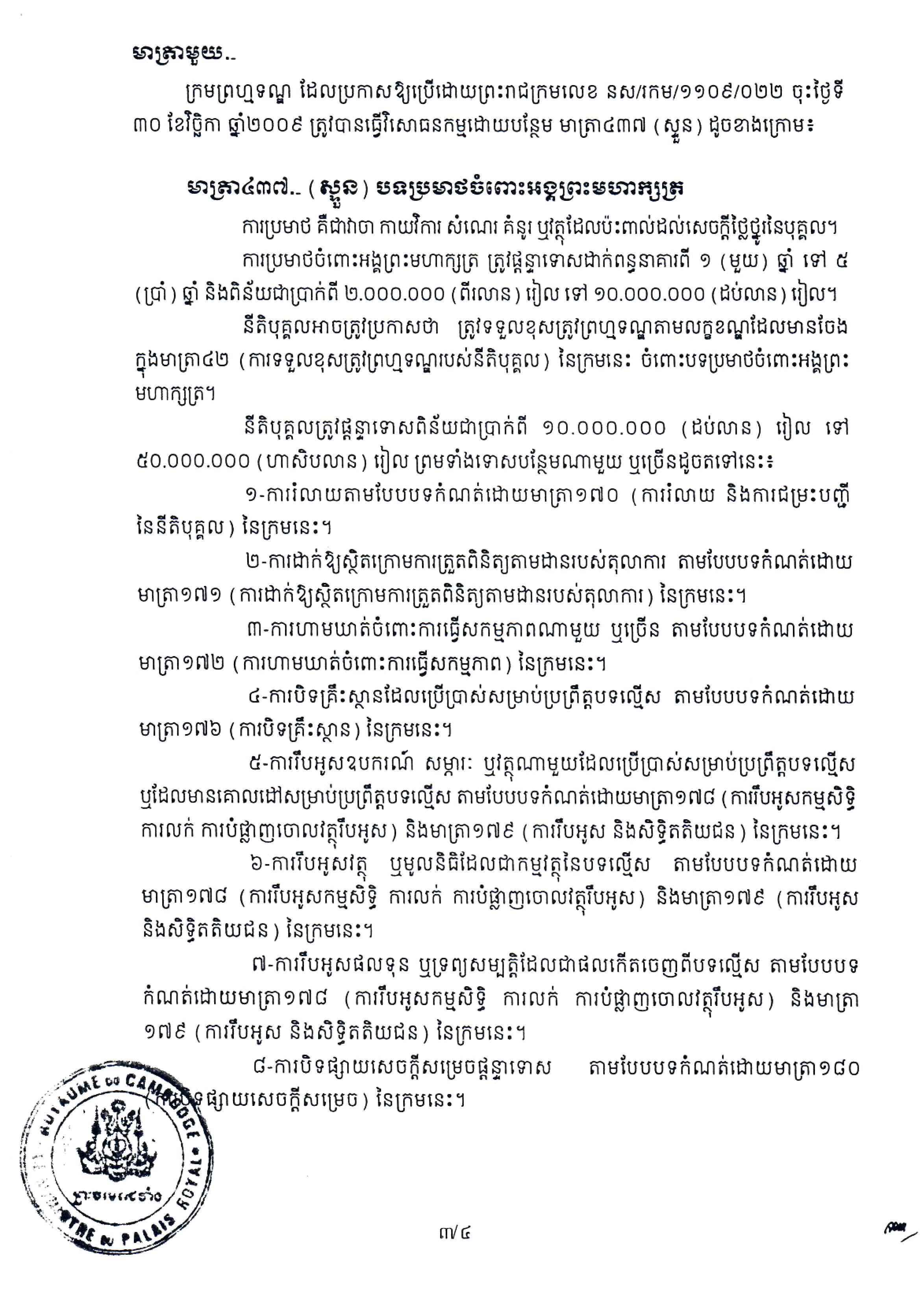