“The paid services, aimed at intensifying international pressure on Prime Minister Hun Sen’s recent political repression, will cost US$250,000 over the next six months, according to files released under the Foreign Agents Registration Act reviewed by Asia Times,” it continued. 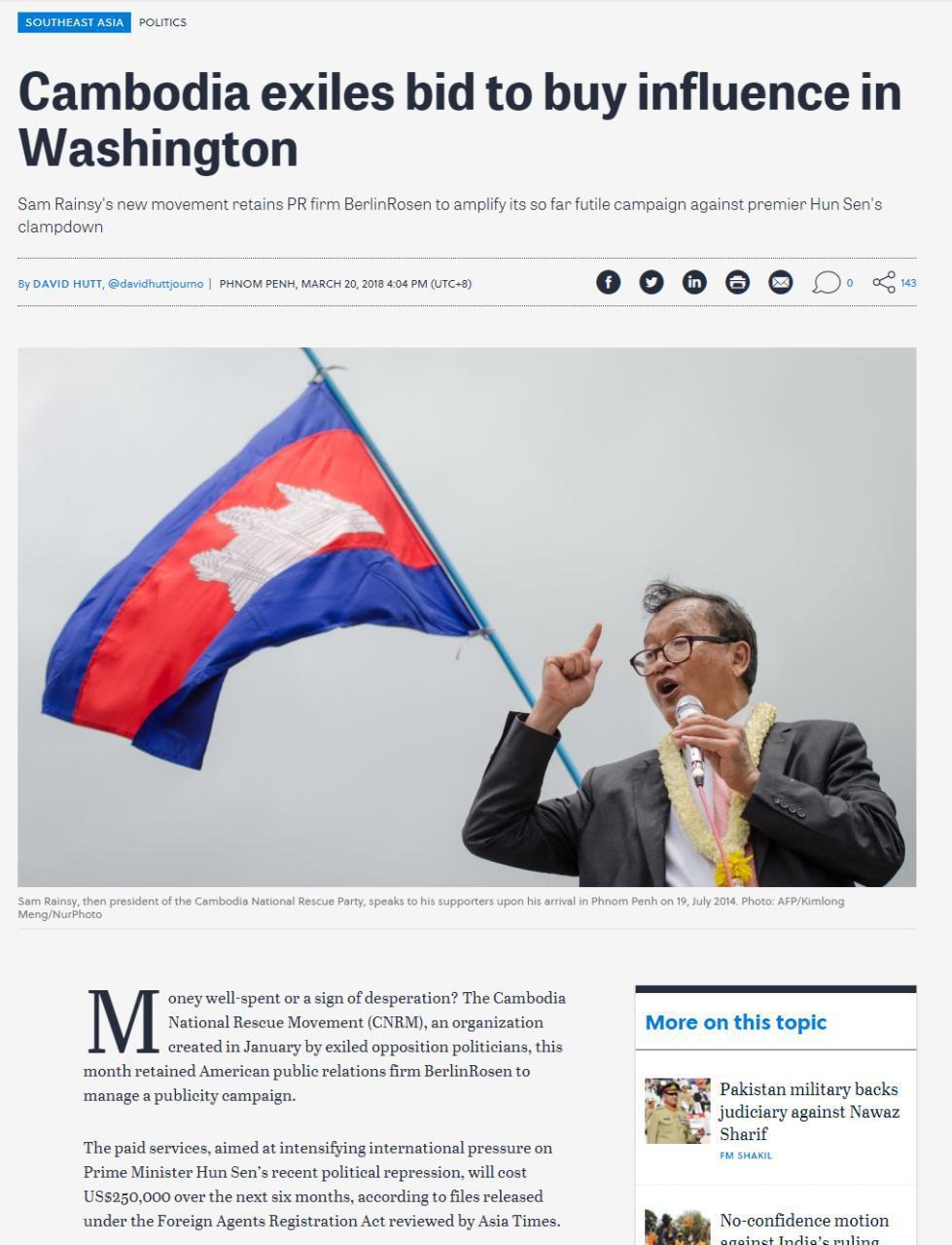