PHNOM PENH, March 30 (FN) — Two 10th century sandstone Brahma heads are on display at the National Museum in the capital of Cambodia on Wednesday after they were returned from France last month.

The Khmer artifacts had been stolen from a temple at the Koh Ker archaeological site in northern Cambodia and illegally trafficked out of the country during the civil war in the 1970s, said Cambodian Minister of Culture and Fine Arts Phoeurng Sackona.

One head is 1.12 meters high and the other is 1.1 meters tall, she said, adding that their torso is still missing.

The minister said the artifacts were taken back from an ancient object seller in Paris in 1994 after a legal struggle and were housed at the Cambodian Embassy residence in Paris since then.

He added that the antiques were airlifted to Cambodia last month directed by Deputy Prime Minister and Foreign Minister Hor Namhong.

"The return of the two Brahma heads to their home country shows the reunion of statues at the Koh Ker archaeological site, which were looted during the civil war," she said.

Hor Namhong said he spotted the two stolen artifacts when he was the Cambodian Ambassador to France in 1994 and filed a lawsuit to the French authorities for legal action.

"At that time, my friend told me that he saw the two Brahma heads placed for sales at the price of one million U.S. dollars at a shop in Paris," he said. 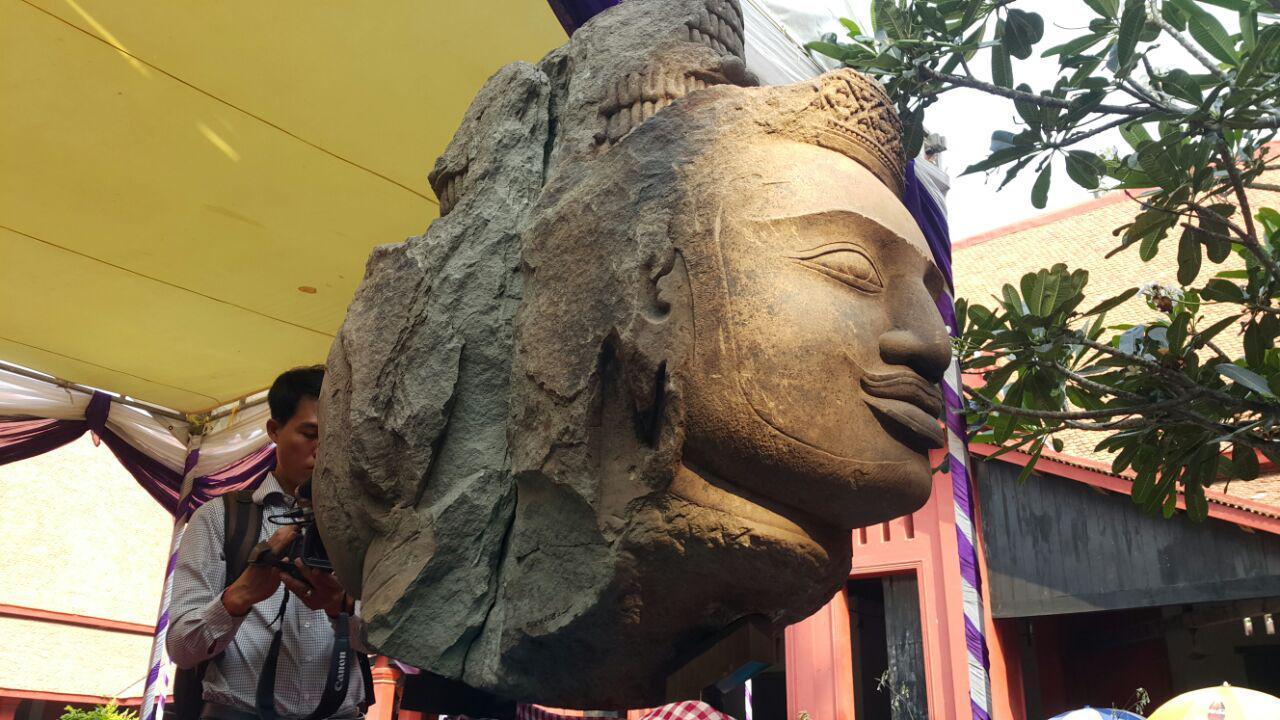 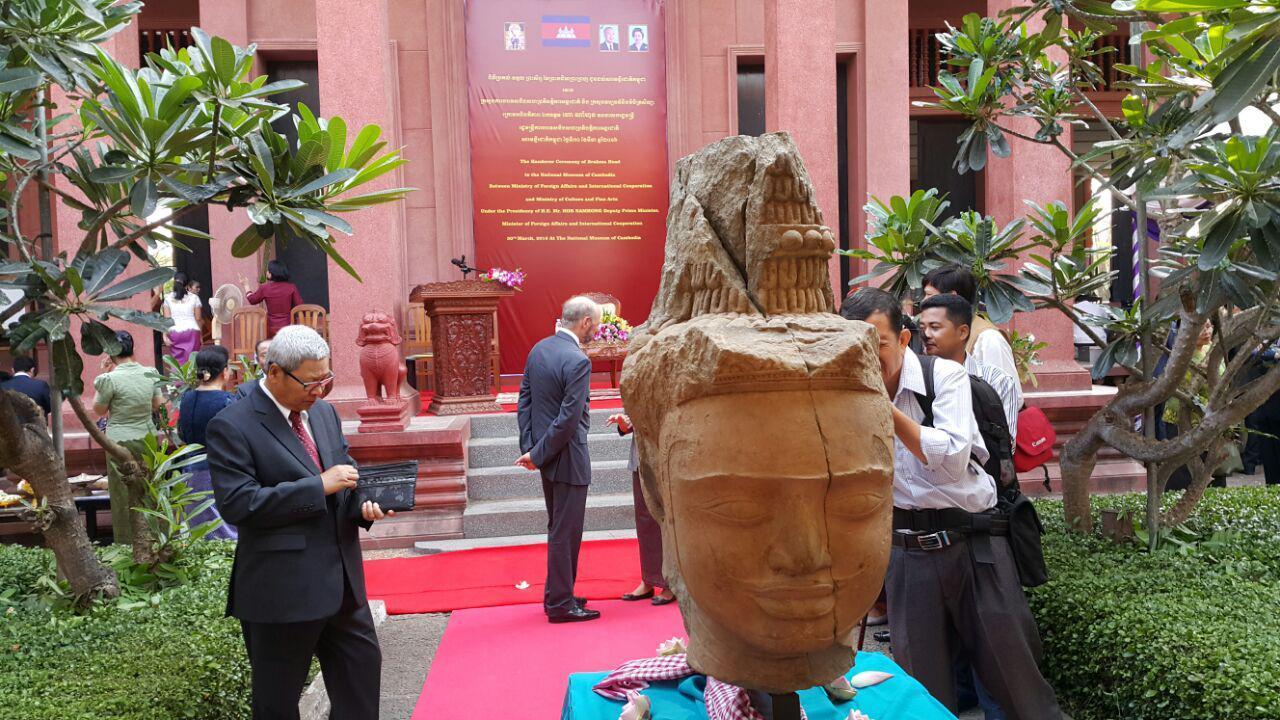 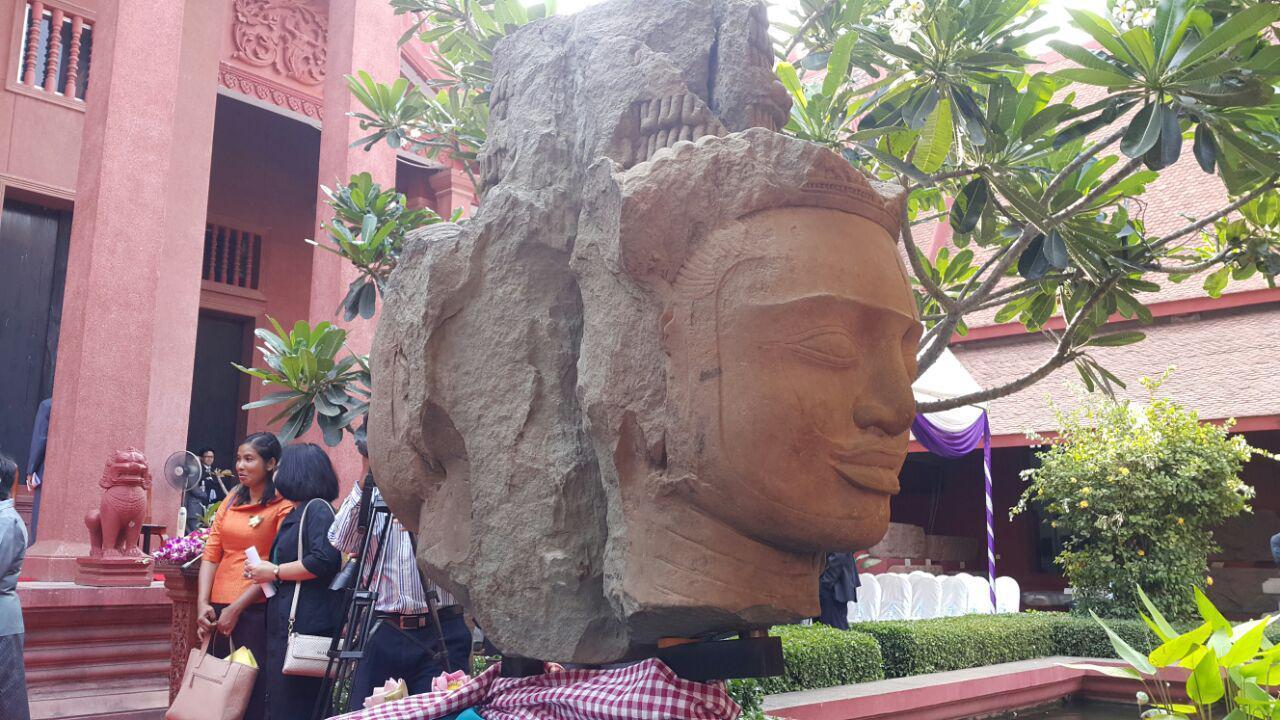