43 Cambodian Deportees to Depart from the U.S Tomorrow

Phnom Penh (FN), April 4 – At least 43 Cambodians in the United States will be deported on April 5, 2018, according to Keo Vanthan, Deputy Director General of the General Department of Immigration on Wednesday.

Keo Vanthan said that the US initially planned to send 51 Cambodian deportees, but the latest information was limited to 43, including 40 men and three women.

According to Keo, the deportees had been living in the United States since 1994 and committed serious crimes which led to the incarceration in the U.S.

The Royal Government of Cambodia and the U.S Government have agreed to send and receive Cambodian citizens from the United States since 2002. Under the agreement, the U.S government will send back any Cambodian who has returned home after completing the sentences.

In late 2017, the operation has been halted when the U.S disagreed with Cambodia’s proposals in amending some conditions in the agreement; and decided to suspend visa to a senior officials of Ministry of Foreign Affairs and their relatives.

In response, Cambodia has decided to suspend Cambodia-U.S cooperation to explore the remains of U.S soldiers who have disappeared in Cambodia during the war.

The US Embassy in Cambodia declined to comment on the case, while the Foreign Affairs Ministry could not be reached.
=FRESH NEWS 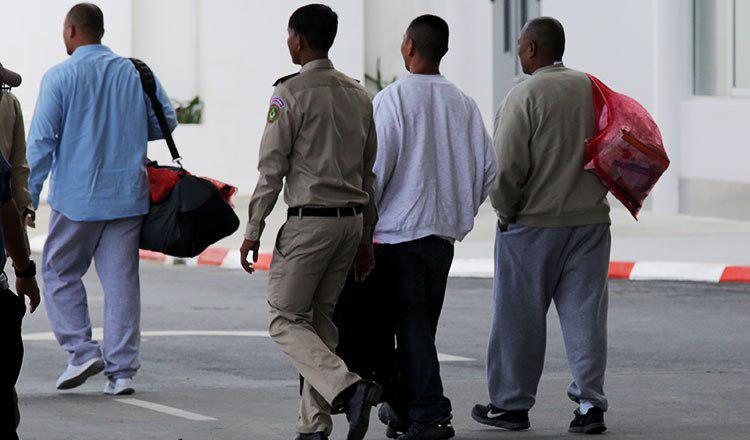