SEOUL, April 18 (Xinhua) -- South Korea's presidential Blue House said Wednesday that it was reviewing way to turn the current armistice on the Korean Peninsula into a peace treaty during the upcoming summit with the Democratic People's Republic of Korea (DPRK) later this month.

An unnamed senior Blue House official told local reporters that the Blue House was reviewing way and possibility to turn the Korean Peninsula's armistice system into a peace mechanism, according to local media reports.

The Korean Peninsula remains technically in a state of war as the 1950-53 Korean War ended in armistice, not peace treaty.

The official, however, noted that there remained process of discussions with relevant parties, saying that if necessary, the three- or four-party agreement would be possible.

He said South Korea was reviewing and discussing various ways to develop security situations on the peninsula into a fundamentally peaceful regime, anticipating an inter-Korean agreement to end the war in any form.

During the visit by special envoys of President Moon to Pyongyang in early March, top DPRK leader Kim told the envoys that his country would not use any weapons, nuclear and conventional, toward South Korea as long as dialogues continue.

Given Kim's comments, the Blue House official wished an inter-Korean agreement be reached to ban any hostile act toward each other, though not using the expression of ending the war, during the upcoming summit. 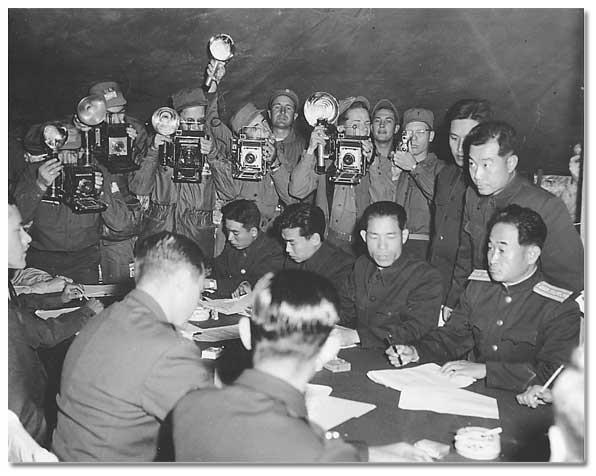