Khieu Sopheak said that in recent interviews, he has instructed RFA to have a patriotic spirit by not serving foreign service and politics; however, RFA writers turned it into a different story.

MoI spokesman rejected the RFA's inciting statement and comment in its publication.

At the same time, the spokesman also explained to RFA and the public that RFA's publication and comment are unethical and misleading for the public.

The spokesman wants to educate RFA not to serve foreigners and destroy their own nation.

According to the open letter, the spokesman claimed that RFA's frequent broadcasts reflected that RFA is a non-neutral, non-independent radio, working to disrupt the society and cause chaos.

"RFA's comment is ridiculous and it shows that their writers are ignorant," the letter added.
=FRESH NEWS 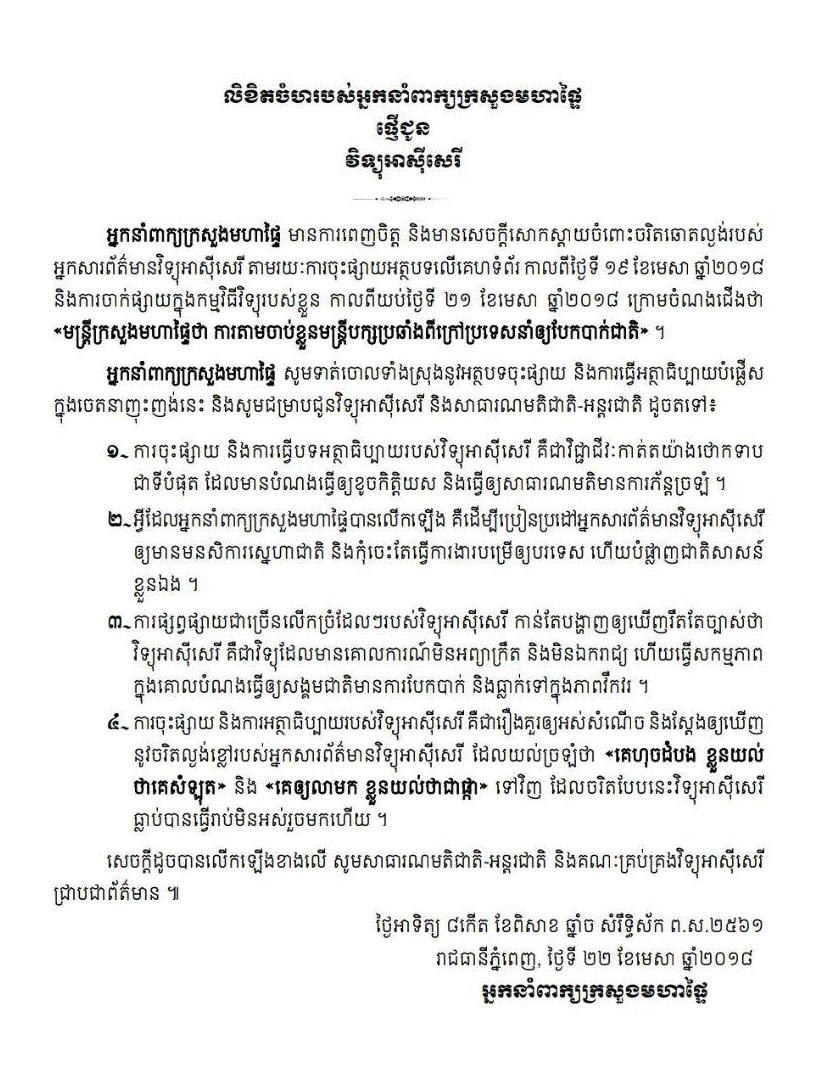