Phnom Penh (FN), April 24 - Try Pheap Group and Guangxi Beibu Gulf International Port Group, on Tuesday, signed agreement on cooperation for the development of port that can accommodate vessels weighted from 10,000 to 30,000 tonnes to dock.

The signing ceremony was presided over by Men Sam An, Minister of National Assembly–Senate Relations and Inspection, attended by tourism and environment ministers and Chinese ambassador to Cambodia.

Prime Minister Hun Sen believed that the port will be a new corridor under One Road One Belt Initiative, as the National Road 3 will be expanded with the presence of hydropower station.
=FRESH NEWS 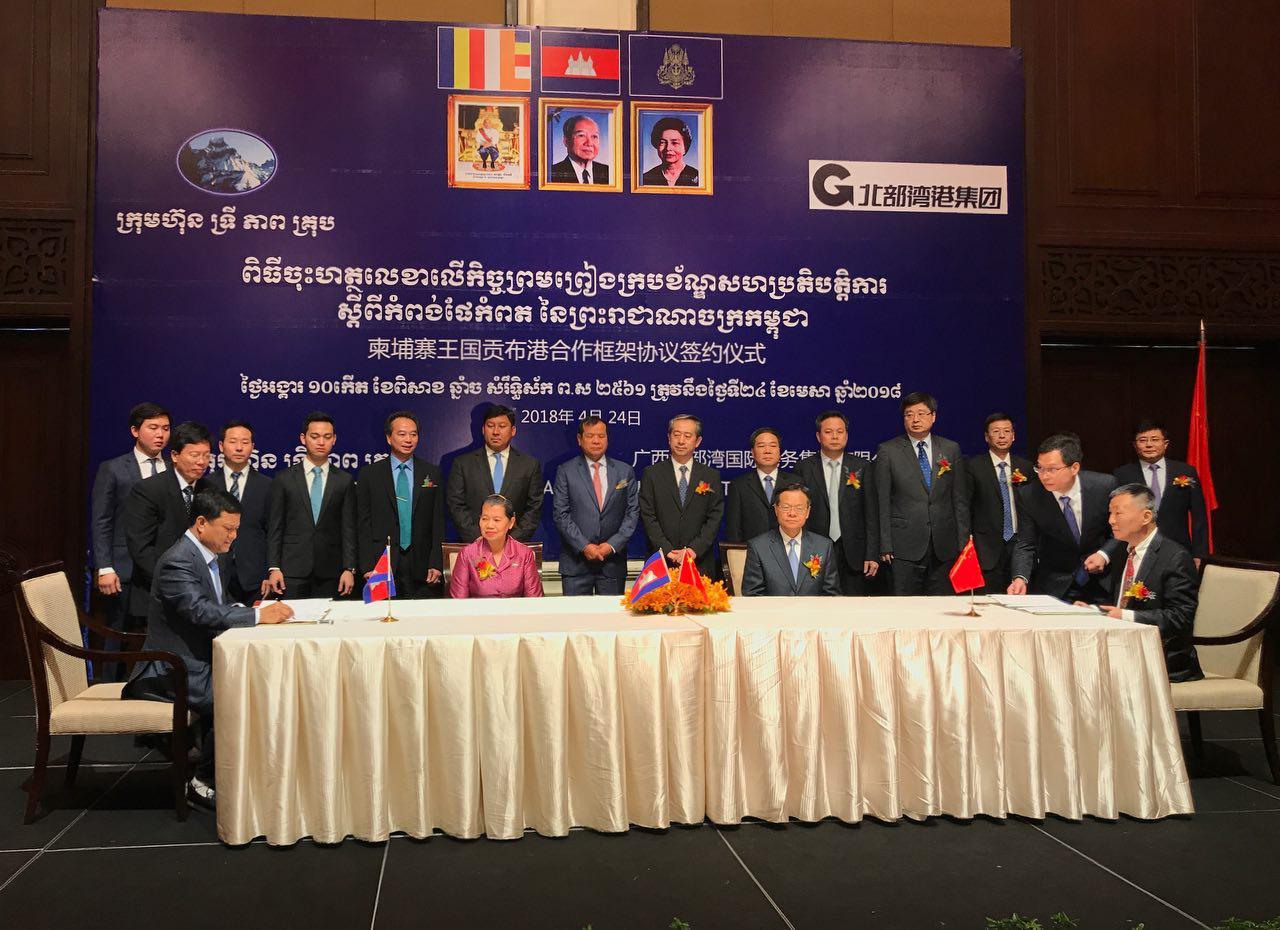 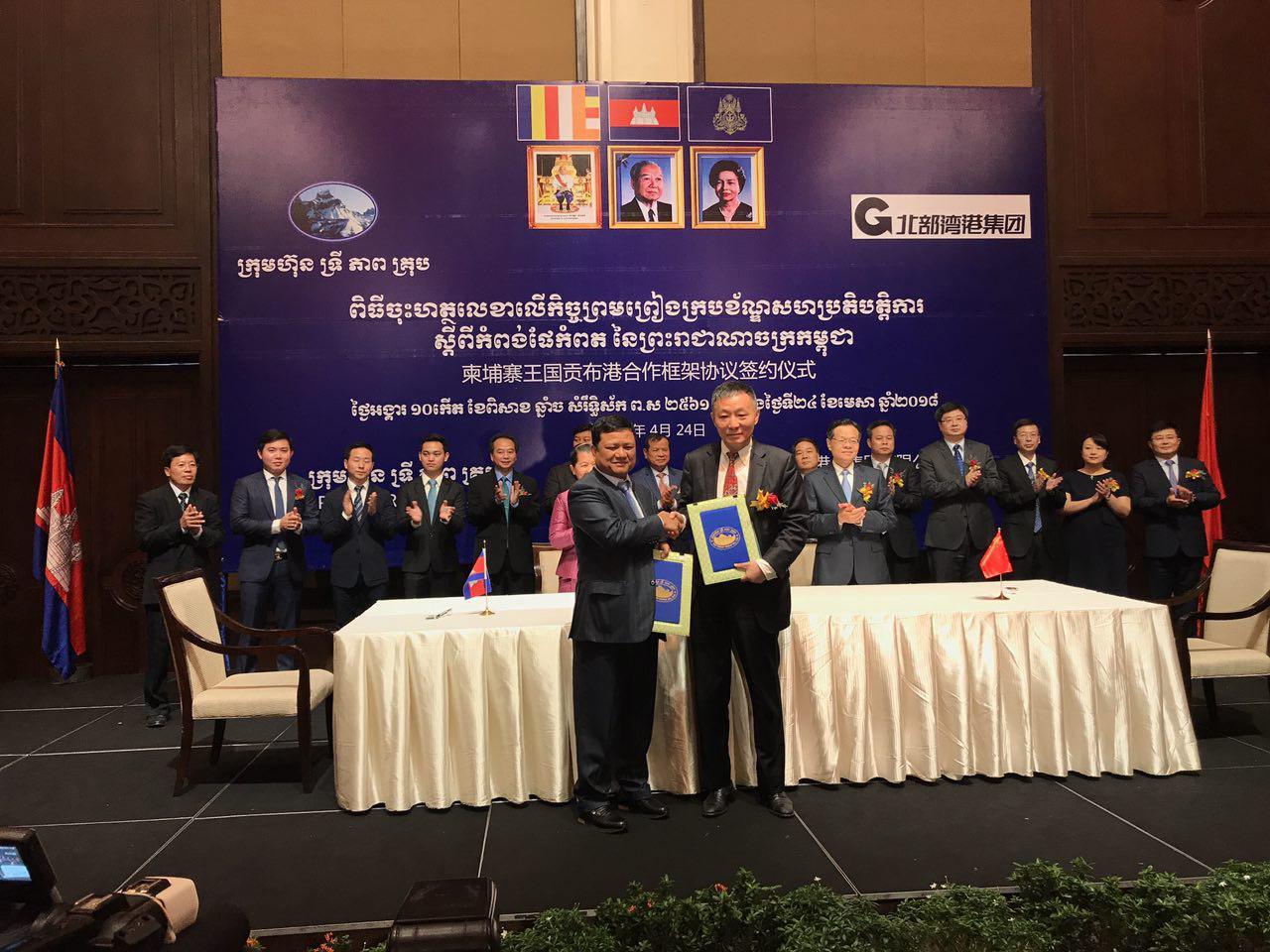 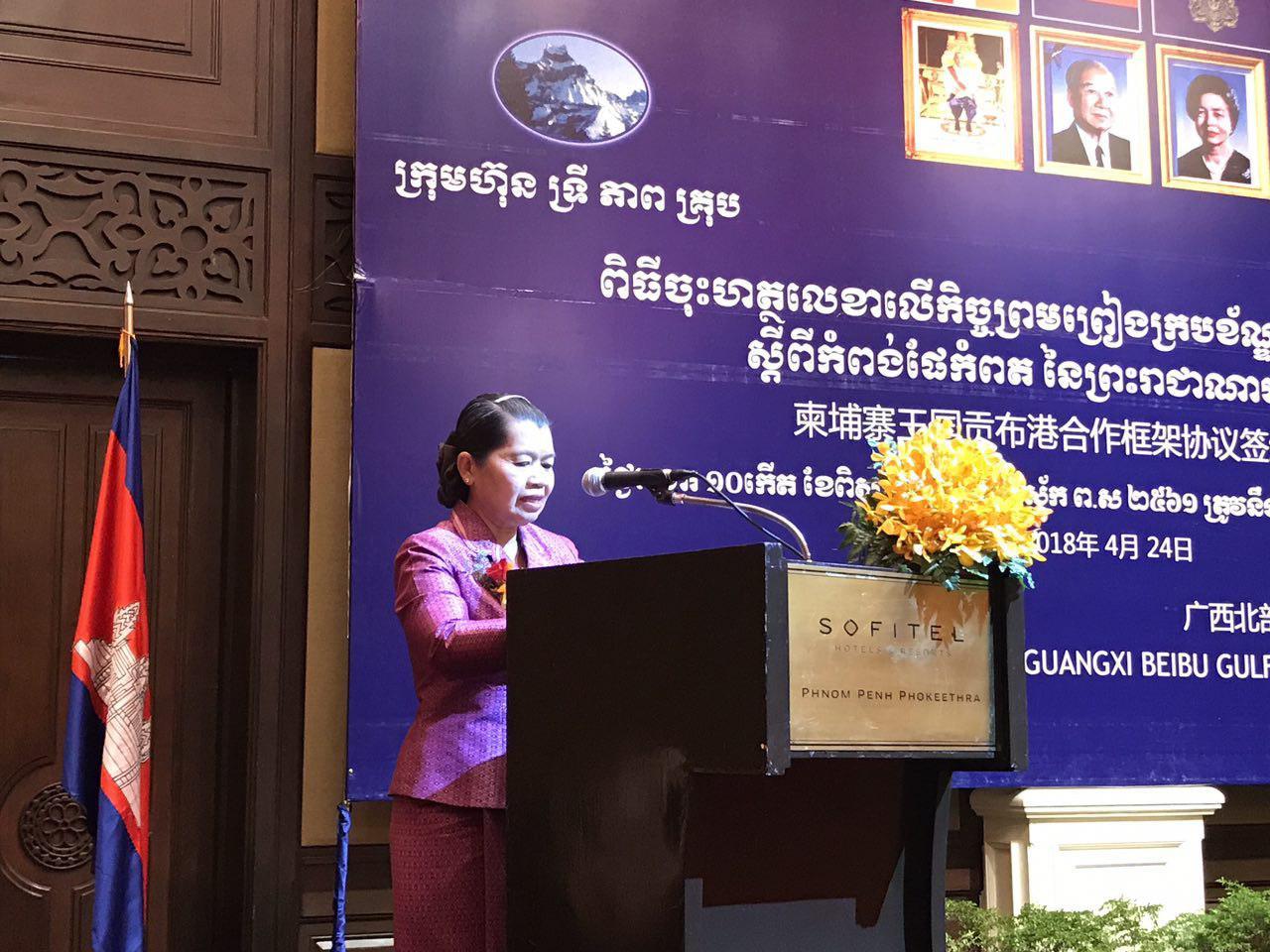 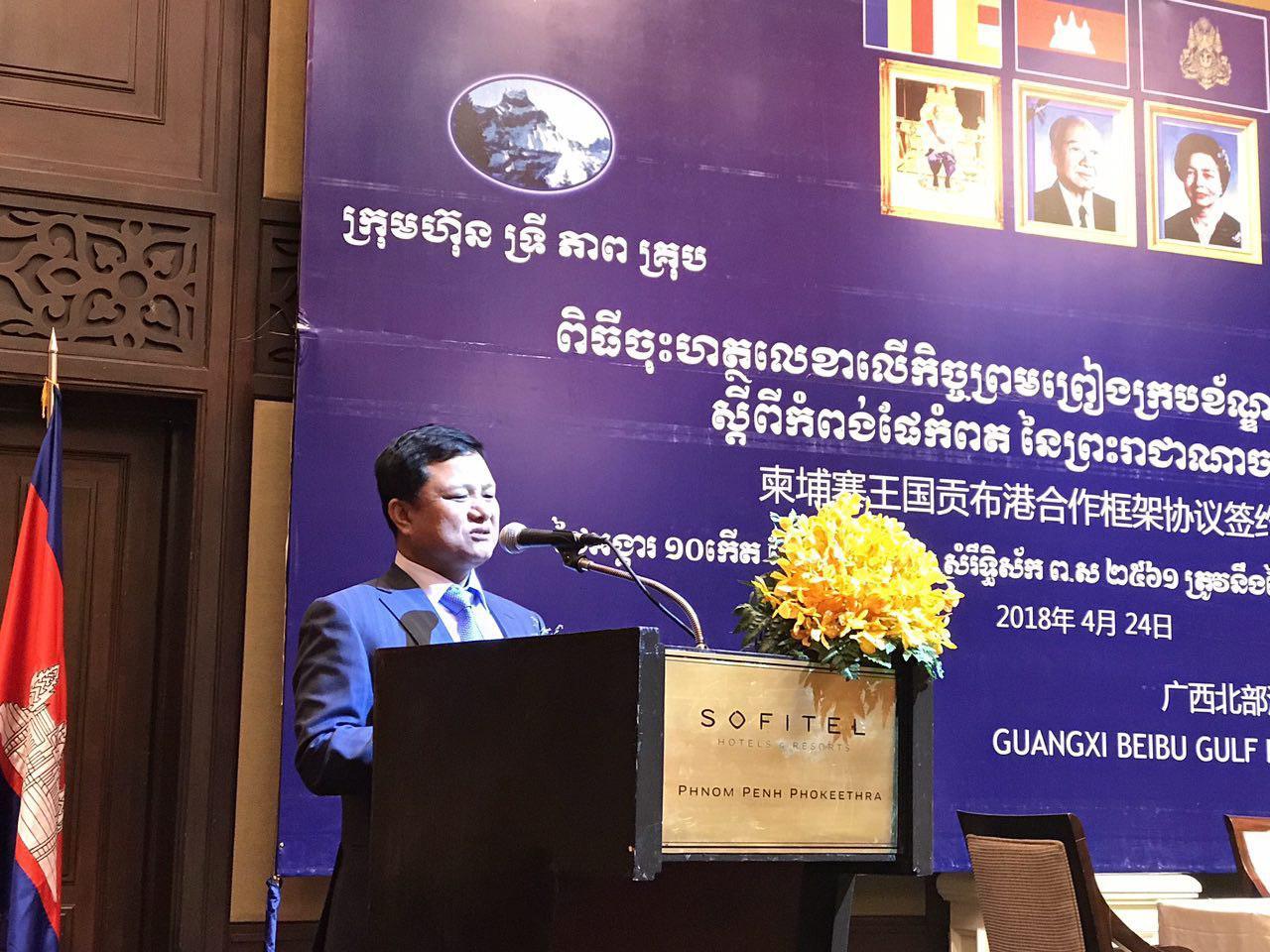 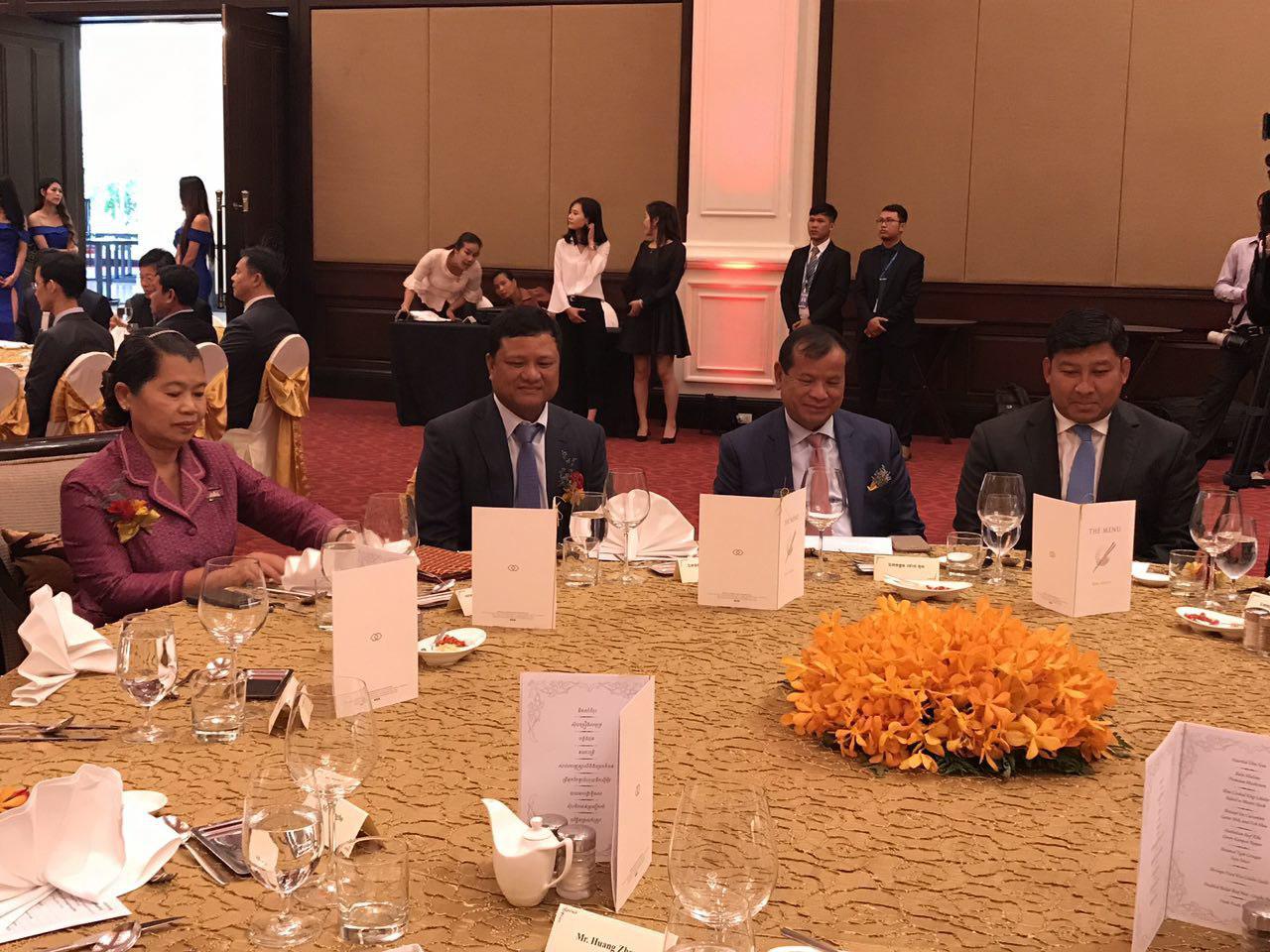 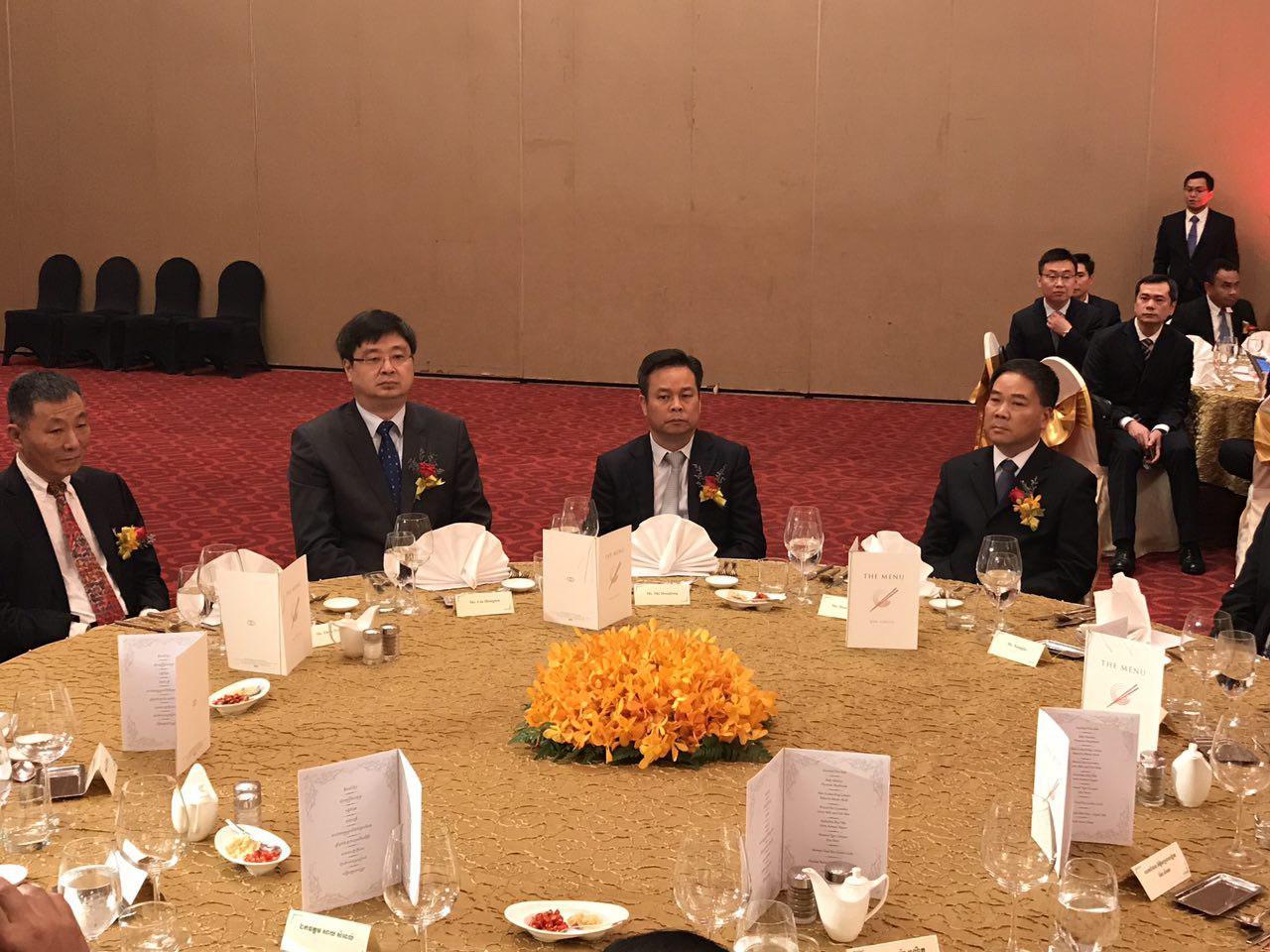