The adopted draft laws include the Draft Law on Organization and Functioning of the Council of Ministers; Draft Law on Nationality; the Law on the Approval of the Agreement on the Establishment of the Asian Forestry Cooperation; and the Draft Law on Amendments to articles 3, 23, 30, 30, 33, 34, 36, 37, 38, 39, and 40 of the Law on the Management and Exploitation of Mineral Resources.
=FRESH NEWS 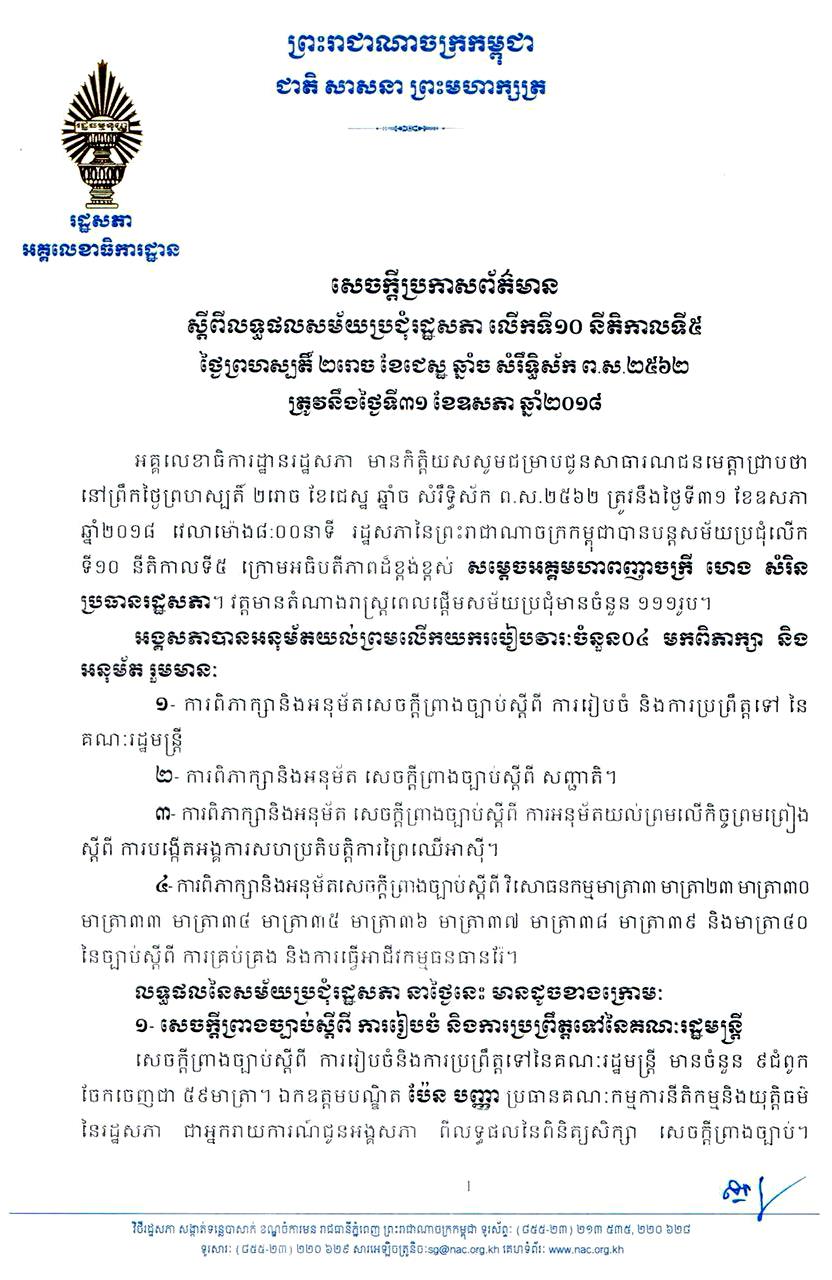 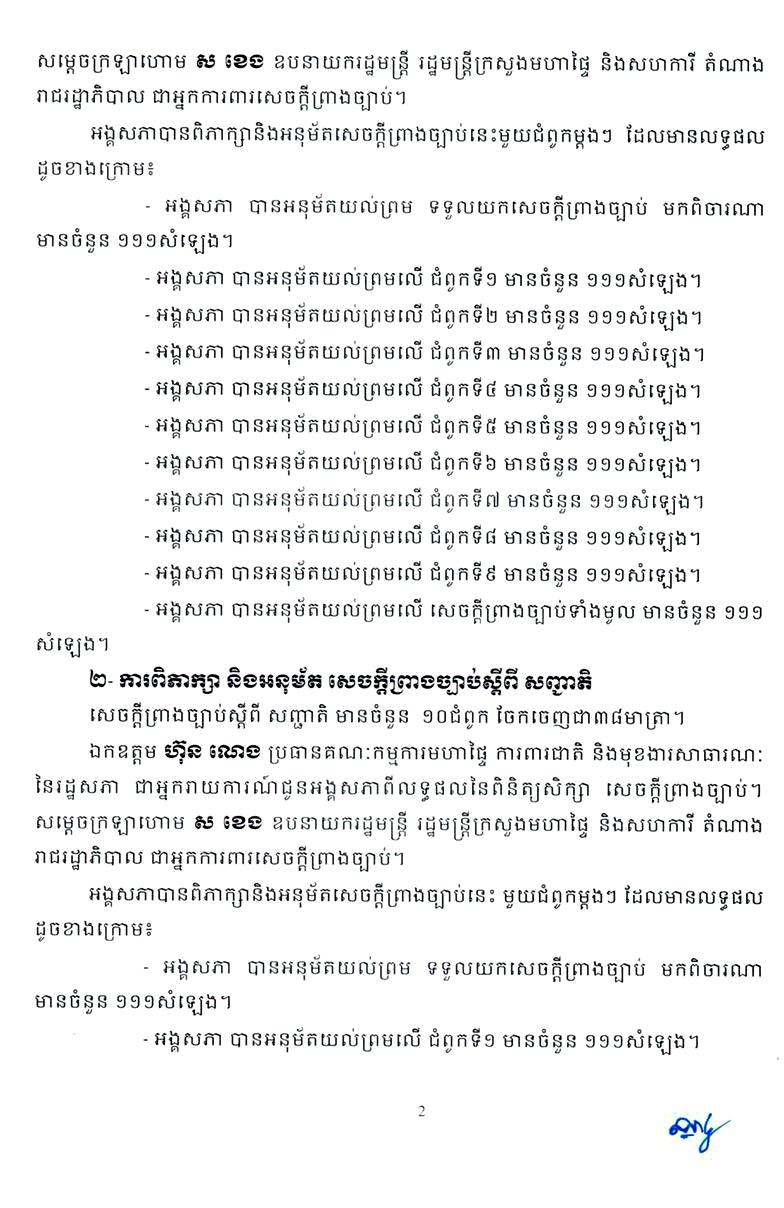 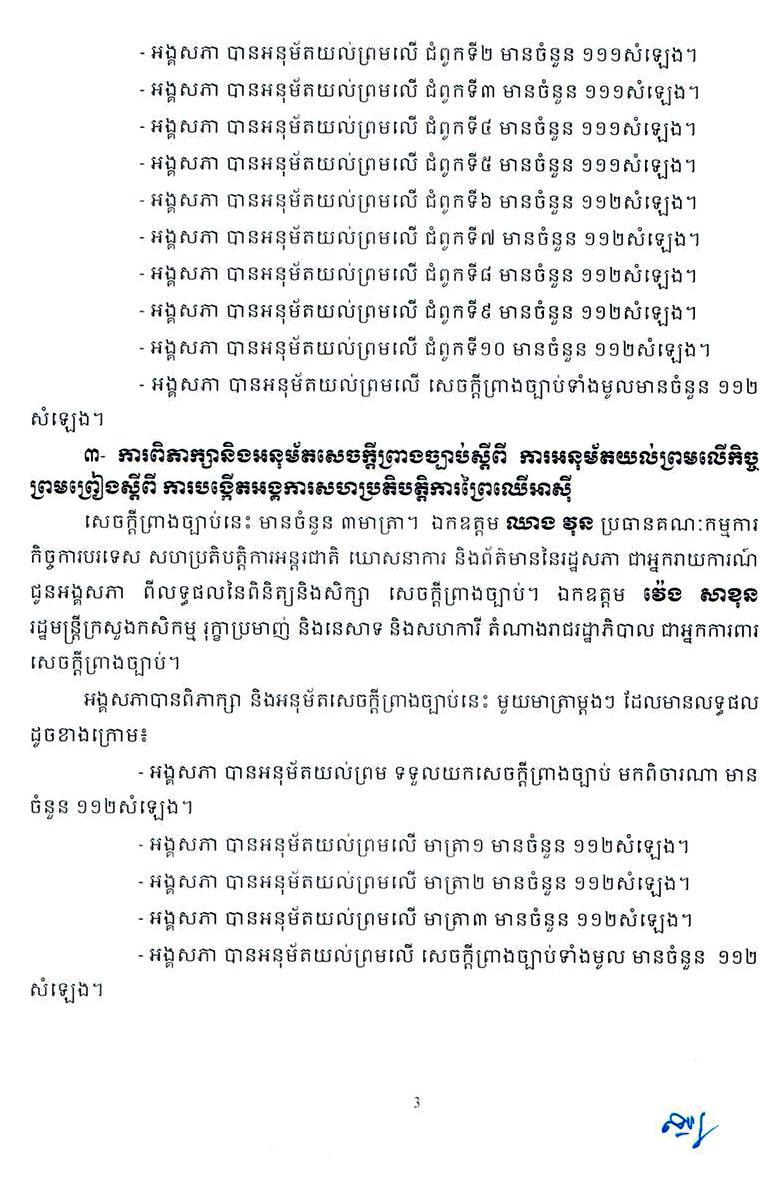 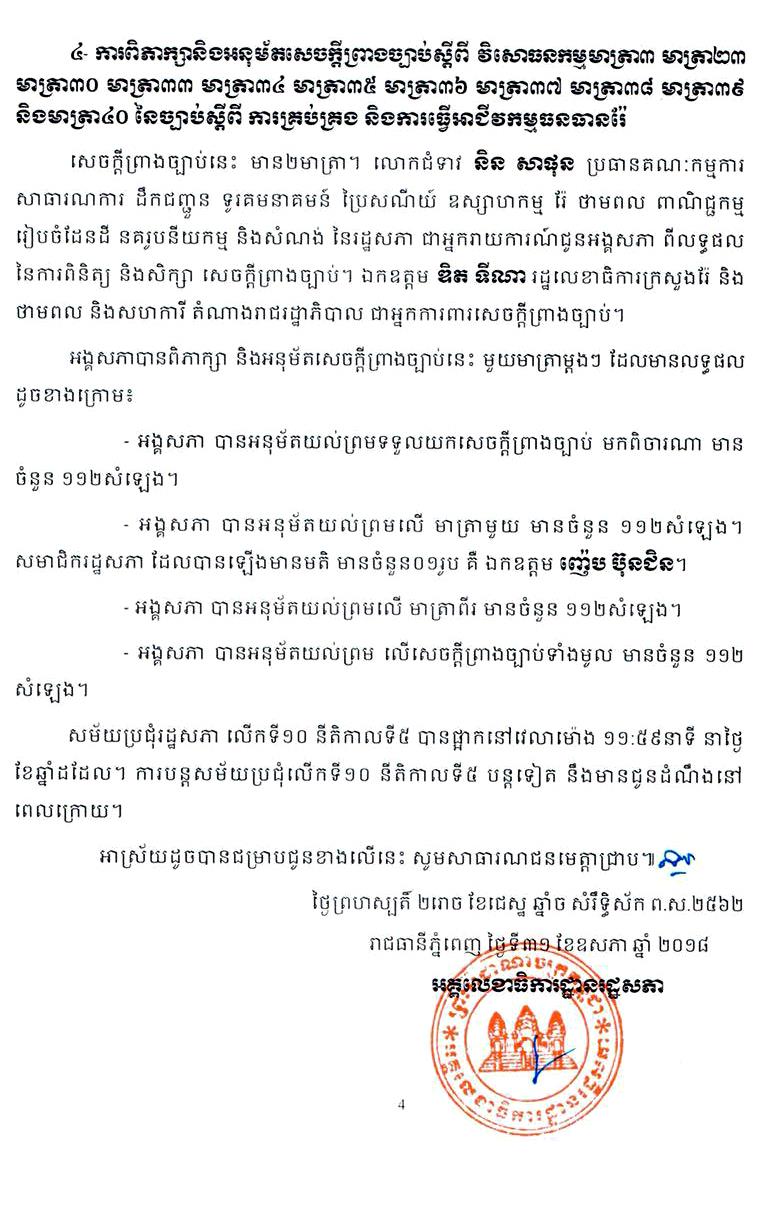 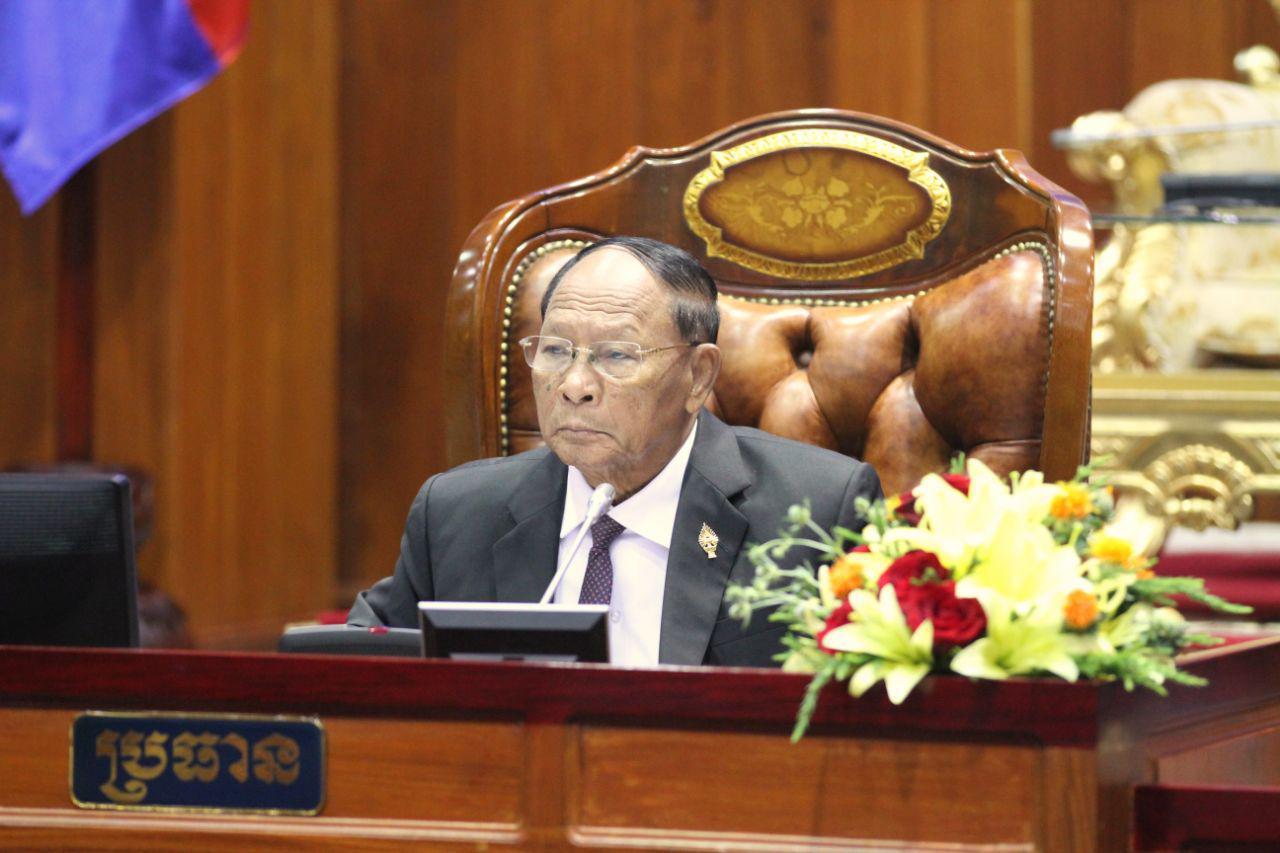 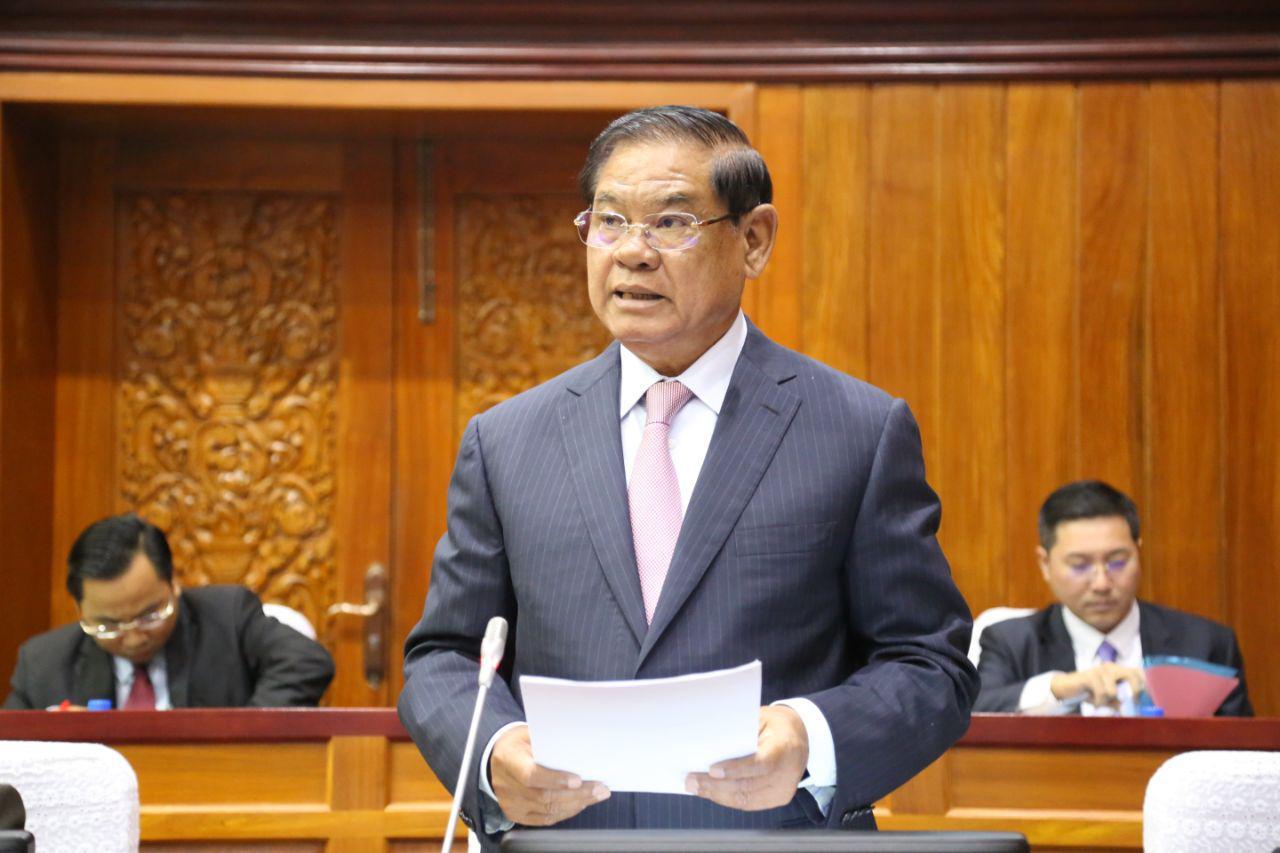 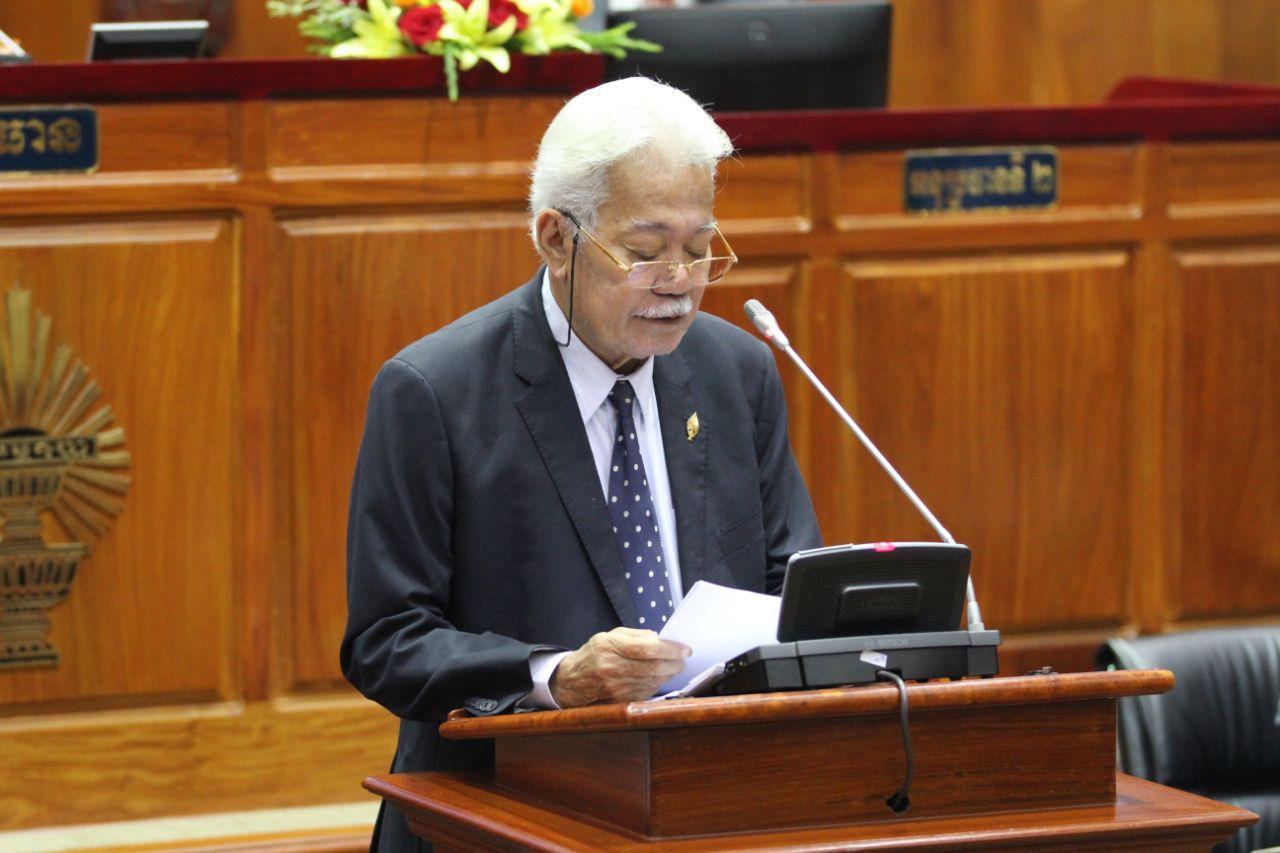 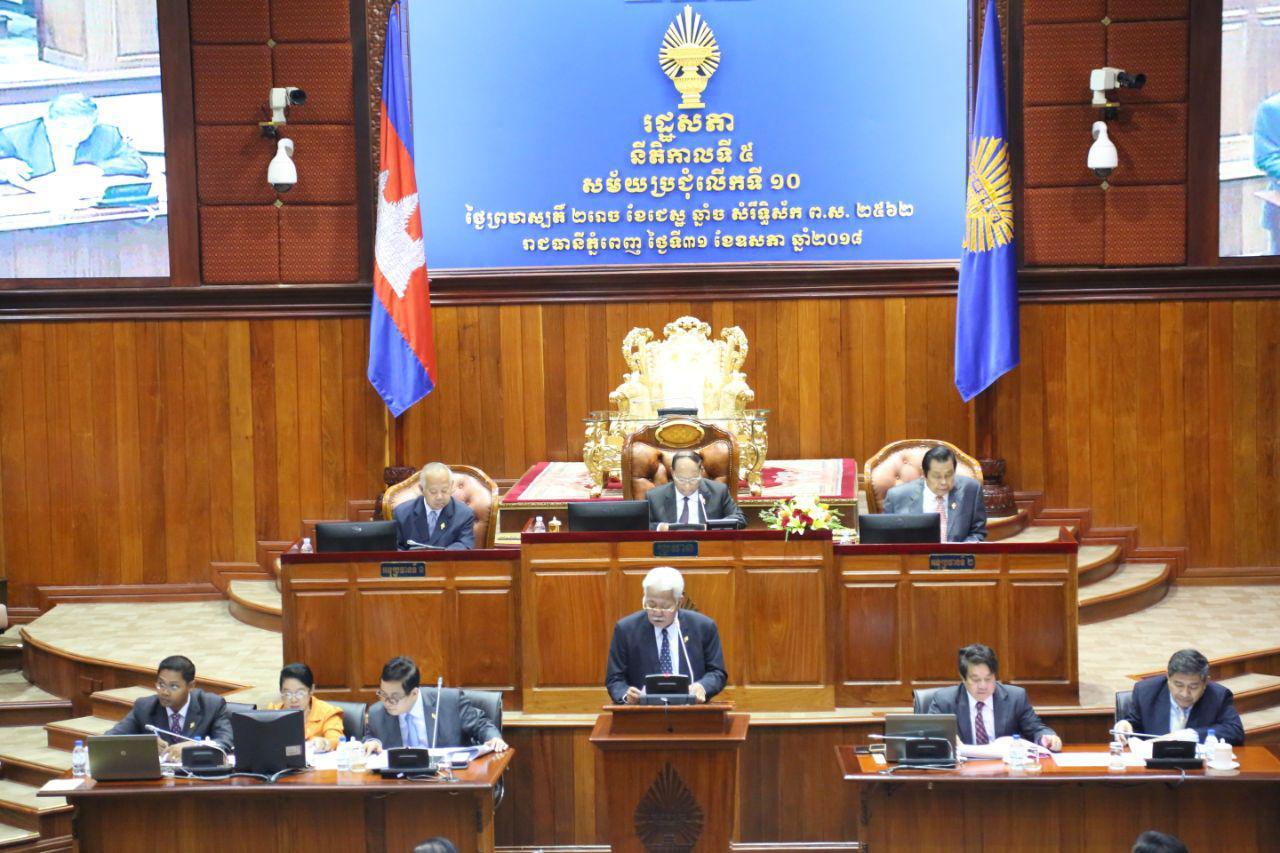 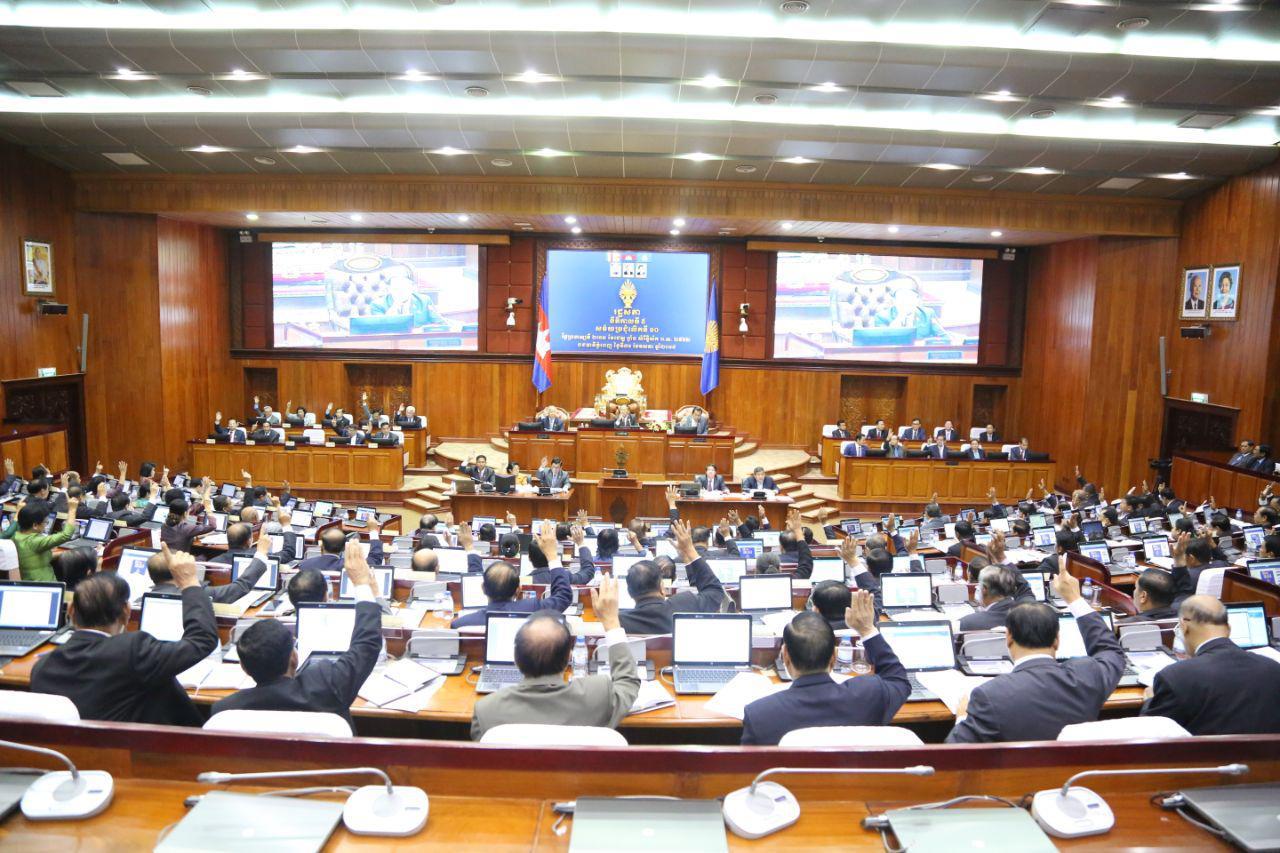 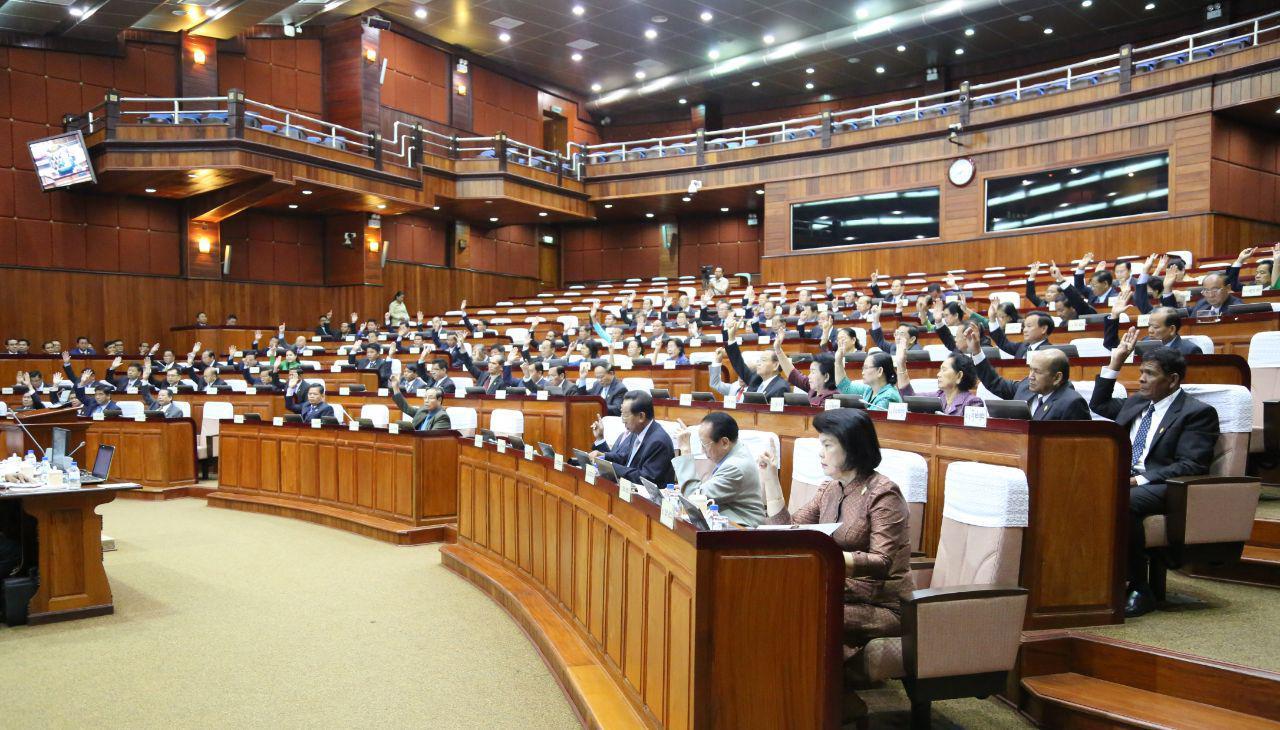