TOP NEWS: King Calls on Cambodians to Vote in the July’s Election

Phnom Penh (FN), June 5 — His Majesty King Norodom Sihamoni, King of Cambodia, called on all citizens to exercise their free rights by voting in the National Assembly 6th mandate election, which will be held on July 29, 2018, according to the royal letter dated on May 18, 2018.

"The election will take place on July 29, 2018. On this occasion, I would like to call on all voters to vote for representatives for the development and prosperity of the country in all sectors,” His Majesty wrote in the letter.

His Majesty added the July’s election is a universal, free, fair, transparent, and confidential election in accordance with the multiparty liberal democracy; and that no threats nor bullies will happen on anyone or any political party.
=FRESH NEWS 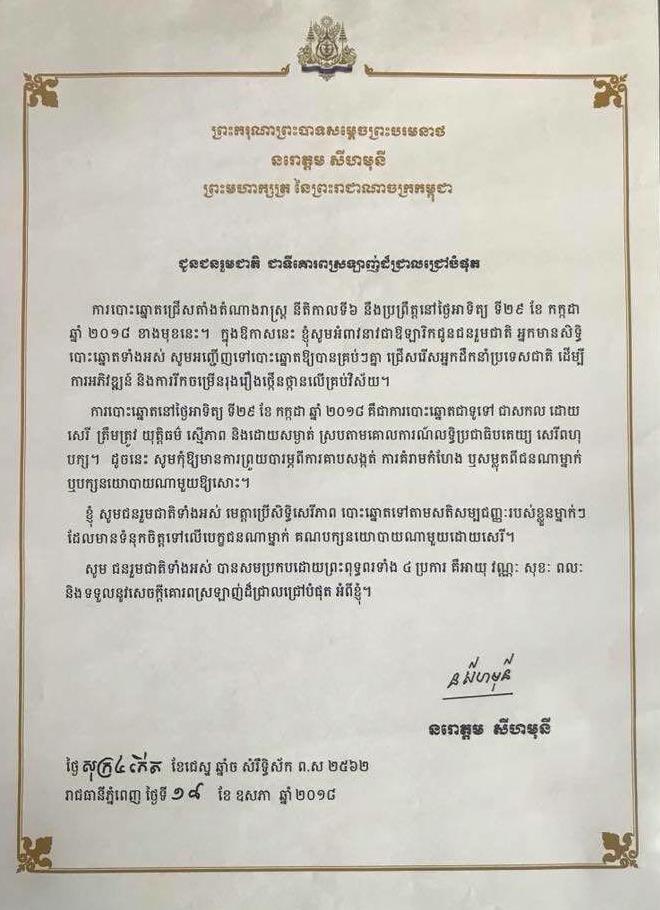