The confirmation was made shortly after Sam Rainsy, former opposition party leader, accused the royal message of a forgery.

“King's letter urging people to go to vote: a forgery or a piece made under duress and legally worthless,” Rainsy wrote on Facebook on Wednesday.

His Majesty King Norodom Sihamoni, King of Cambodia, called on all citizens to exercise their free rights by voting in the National Assembly 6th mandate election on July 29, 2018, according to the royal letter dated on May 18, 2018.

Kuy Sophal confirmed that the King actually signed the royal message and sent to the National Election Committee.

"I would like to call on all voters to go to vote for national leader for the development and prosperity of the nation in all sectors,” His Majesty wrote in the letter.

His Majesty added the July’s election is a universal, free, fair, just, equal, and confidential election in accordance with the multiparty liberal democracy; and that no threats nor bullies will happen on anyone or any political party.

The premier continued to call on people to vote in the upcoming election. He is committed to preventing the opposition groups from causing war, destroying peace and monarchy, and insulting the King.
=FRESH NEWS 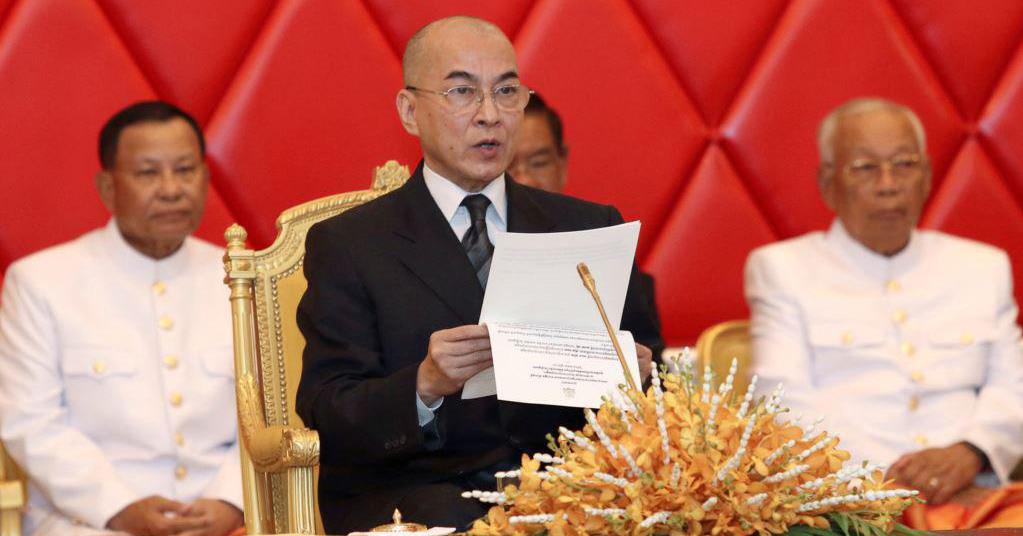 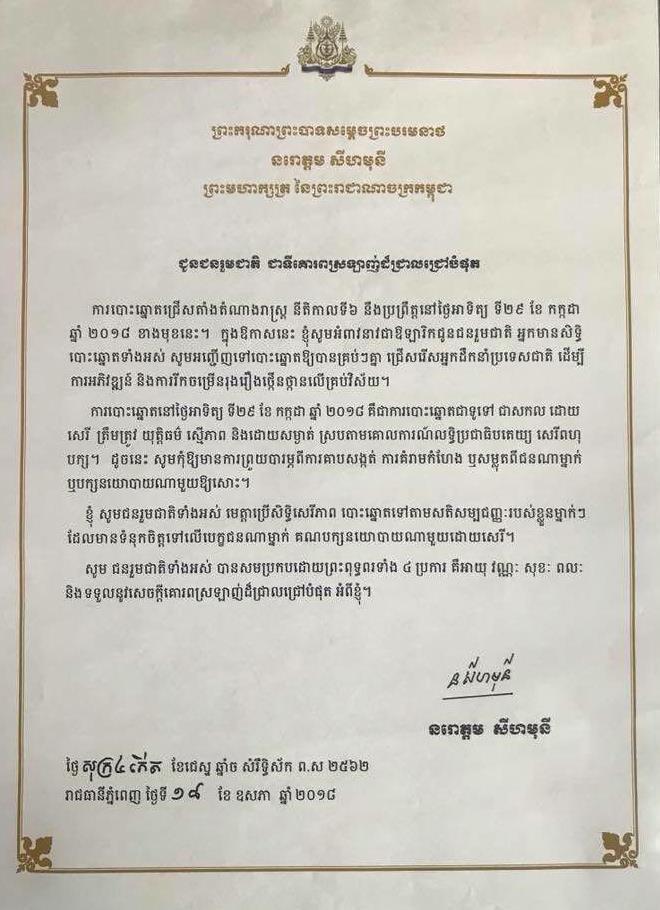