"In order to protect the King's dignity in accordance with the Constitution and Cambodian Law, the Minister of Justice has ordered the PPMC to take legal action against Sam Rainsy's insult," he said.

The order came after Sam Rainsy, former opposition party leader, wrote on Facebook on June 6, 2018, “King's letter urging people to go to vote: a forgery or a piece made under duress thus legally worthless".

Constitutional law and Article 437 of the penal code clearly state that the King shall not be insulted. Accusing the royal message as a forgery and calling for people not to care about the message seriously affected the King's dignity, and could face one to five years of imprisonment and a fine from $500 to $2500.

His Majesty King Norodom Sihamoni, King of Cambodia, called on all citizens to exercise their free rights by voting in the National Assembly 6th mandate election on July 29, 2018, according to the royal letter dated on May 18, 2018.
=FRESH NEWS 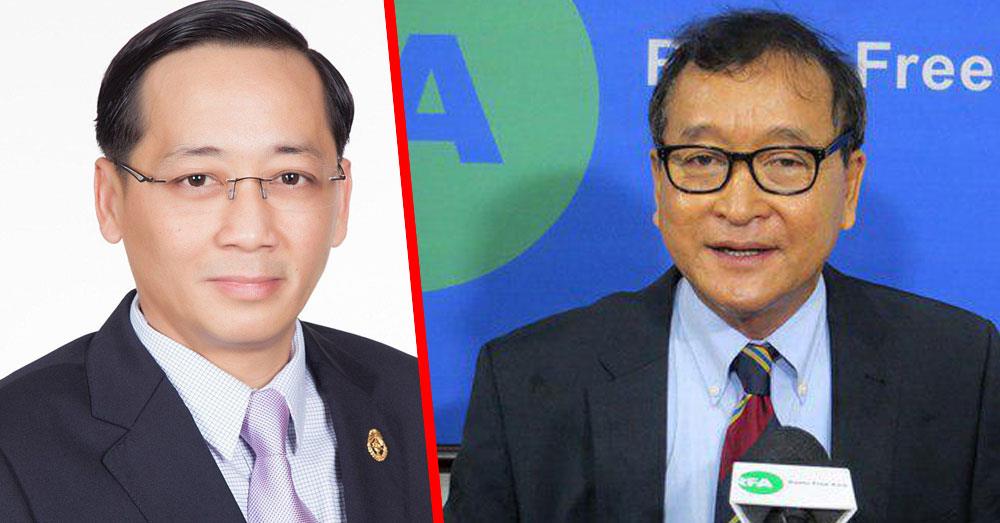 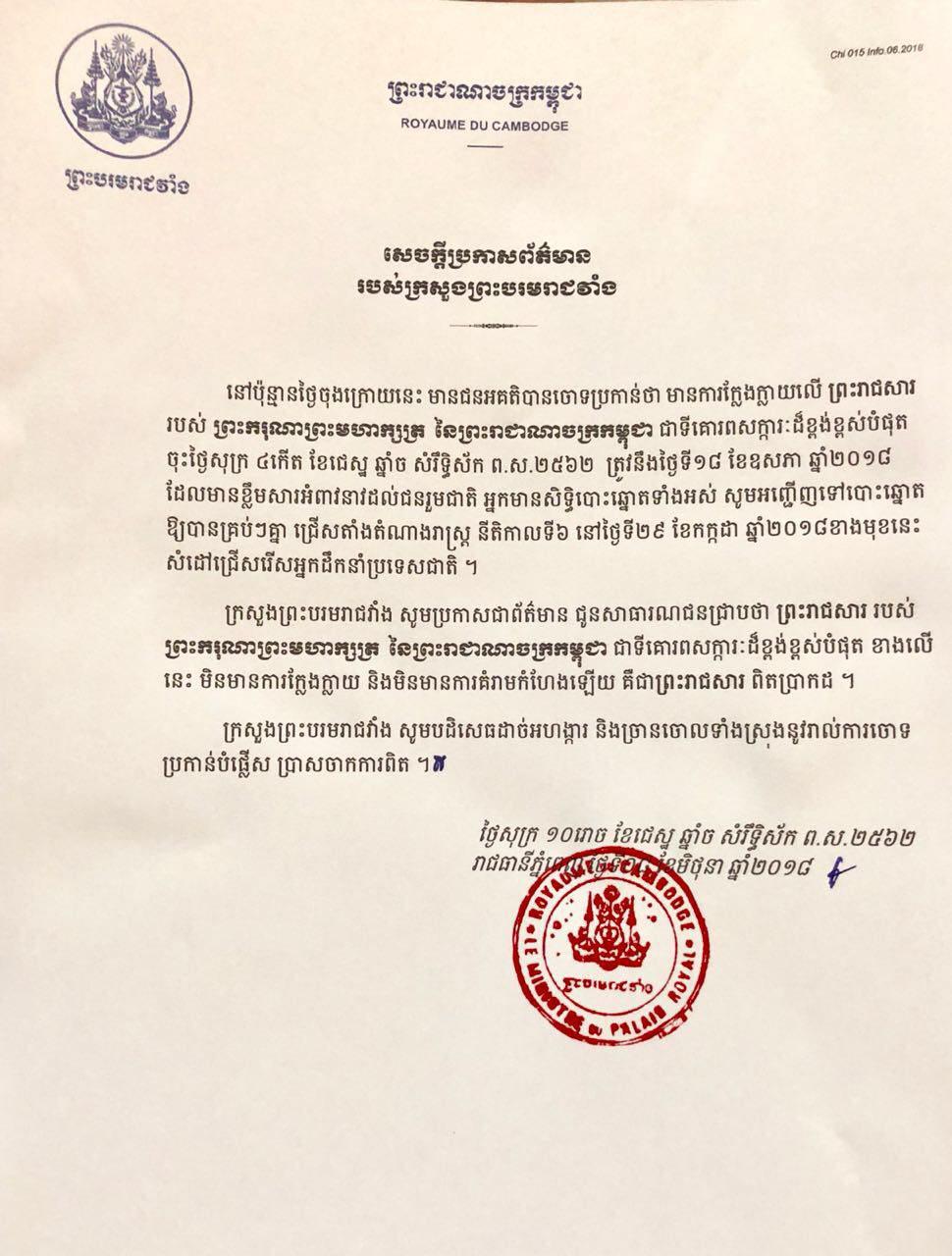