Phnom Penh (FN), June 14 – The Kingdom of Cambodia was elected as a member of the United Nations Economic and Social Council (ECOSOC) for one year term 2019 with the supporting votes 183 out of 188, according to MFAIC’s press release dated on 13 June 2018.

The election was held on Wednesday in the General Assembly Hall at the United Nations Headquarters in New York. 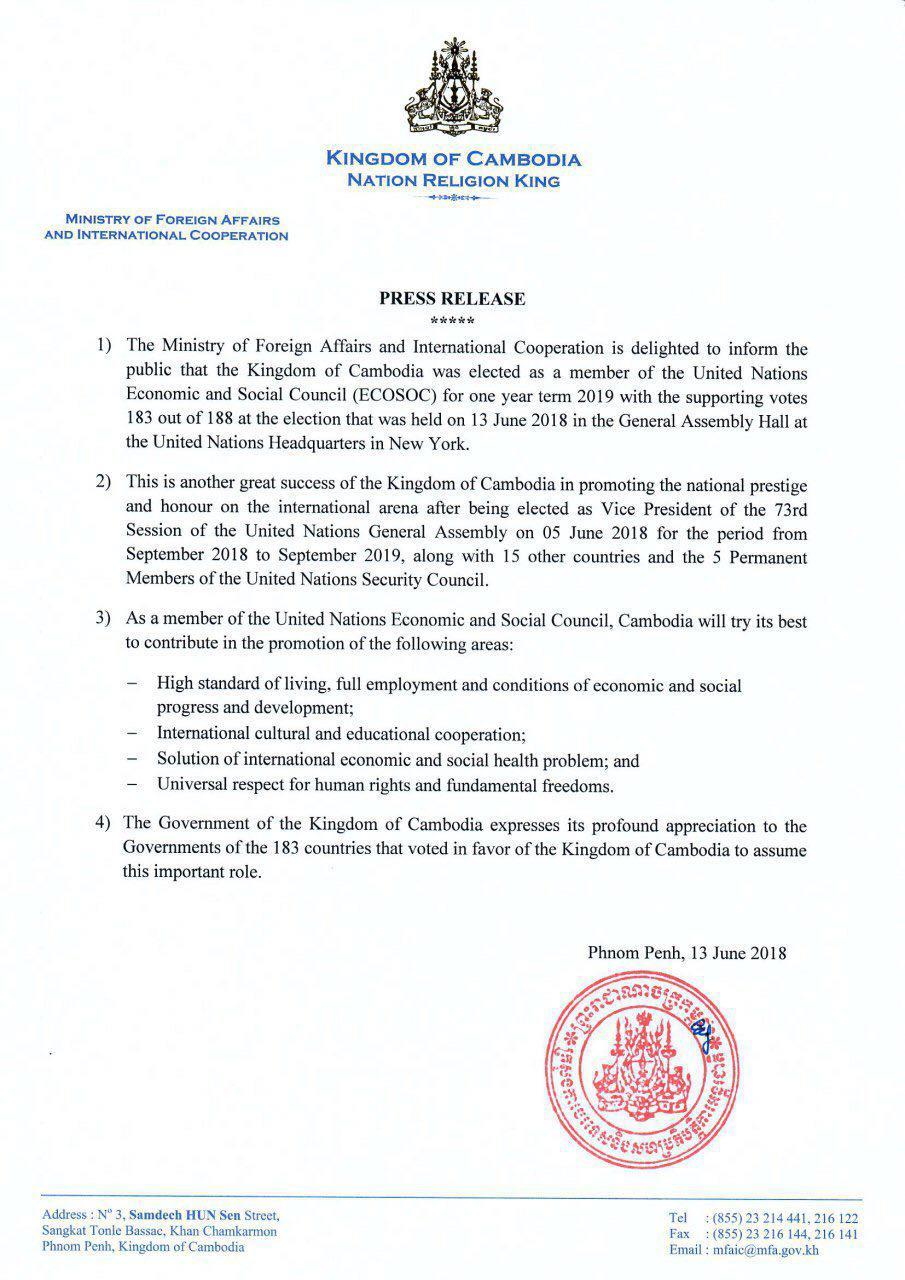