ANFREL Unveils Its Ill-intended Plan to Destroy Democracy in Cambodia

Phnom Penh (FN), June 21 - Dirty tricks of KOUL Panha and ANFREL (the Asian Network for Free Elections) in disrupting, discrediting, and destroying the General Election slated to take place on 29 July 2018 was finally unveiled through its report issued on 15 June 2018. In its report, as expected, ANFREL already made a pre-judgment on political situation in Cambodia even prior to the Election Day by pessimistically stating that the upcoming election will not be free and fair after knowing that there will be no presence of the defunct Cambodian National Rescue Party (CNRP), a party for which they always lend support, as well as of other 118 political traitors. This report further contradicts with ANFREL's claim on 10 April that it will not interfere in the electoral process in Cambodia.

The report of Koul PANHA-led-ANFREL has exaggerated and manipulated the real situation in Cambodia concerning the Rights of civil society, press freedom and environment surrounding the electoral campaign. Such exaggeration is undoubtedly intended to destroy the election while in reality, the vast majority of Cambodian people, are committed and ready to cast their votes in choosing their favorite parties to lead the country in order to maintain peace and development. Contrary to KOUL Panha and ANFREL, Cambodia has continuously embarked upon its path of liberal multi-party democracy as proven by the participation of 20 political parties in the upcoming marathon. Furthermore, liberal democracy, civil and political rights have been fully respected.

It is not uncommon that reports of some national and foreign civil societies, including ANFREL, have been crafted by a group of foreigners who have a clear political agenda and they, with a group of exiled politicians, have been colluding and implementing their foreign bosses’ plan in order to destroy the Cambodian reputation and prestige in the international stage, as well as to disregard the interests of Cambodian general public as a whole. Their foreign bosses have provided fund to establish ANFREL and hired KOUL Panha to act as figurehead in order to hide their ultimate goal by using the Khmer name as a shield. To date, the report of ANFREL is only available in English, not in Khmer language, which is crystal clear that they do
have a very dirty plan with an ultimate purpose to destroy the Cambodian reputation and prestige in the international arena.

They have exaggerated the real situation in Cambodia and prepared in advance a report serving the goal of color revolution plan by creating and making up the Election-related-issues, thus causing misunderstanding and anger among the public which set the stage for them to incite unrest and chaos and eventually creates social movement. Yet, the organizational structure of color revolution was already dissolved. So, the actual ultimate remaining goal of these handful civil societies which provide service to those foreign powers have to issue such a report which is undeniably tilted towards the opposition group with the only aim to destroy the election in Cambodia. This ANFREL report does not reflect the reality of legitimate electoral process to be organized in an equal, just and competitive environment. This report is totally biased and makes a prejudgment that without the participation of the defunct CNRP and the 118 opposition politicians banned from politics, the election will not be free and fair. They ignore the correctness of law enforcement and the peaceful and free atmosphere whereby the people can freely exercise their rights in the election. Despite the fact that the ANFREL's report is exaggerated, but still some civil societies including some foreigners and individuals who boast themselves to be independent analysts, and support such report without any ground, have been trapped into foreigners’ plan to destroy their own nation.

The ANFREL report issuing before the election is part and parcel of the strategy to destroy the election by the foreign patrons of the opposition group. They have hired some local and foreign civil societies to produce a deceitful report which goes against the reality on the ground so as to serve their political gain. Now, it is clear that not only ANFREL disregards its own statement for not interfering in the election in Cambodia, but KOUL Panha also forgets his own words stating that he does not serve foreign power’s interests. Accordingly, they have to continue their subversive activities until the 29 July 2018 election since they are funded by their foreign patrons and therefore, they are duty-bound to help their bosses to achieve their plan and objectives. If COMFREL, NICFEC and ANFREL are really committed to the principle of righteousness, neutrality and independence as they always claim, they must not act as spokespersons of the defunct CNRP and use the same message as the opposition politicians i.e. that the voices of half of the population in the country have been eliminated. In fact, what they have been doing is to serve the interests of the defunct CNRP; and on the other hand, their foreign bosses no longer provided fund for their planned election observers because it is not in their interest to do so since the color revolution’s actor was already dismantled. Instead, these money-oriented civil societies, for their political gain, claim that they do not participate in the electoral observation because the election will not be free and fair.

KOUL Panha-led-ANFREL is to create a new Situation War Room to Monitor the election replacing the previous one which was created and then, was later on informed by the Ministry of Interior that such Situation Room is illegal.
Political and financial support to establish the Election Situation Room outside Cambodia is nothing but a continuation of the ill-intended maneuver against Cambodia. Consequently, KOUL Panha and his organization have obviously and unquestionably been serving the foreign ambition to destroy his own nation. This new strategy is to use some civil societies that support the opposition party which are based in Cambodia but are funded by the NED (National Endowment for Democracy - USAID and IDI (Inclusive Development International) etc.... for the purpose of disrupting, boycotting, destroying, and discrediting the General Election and its result on 29 July 2018. 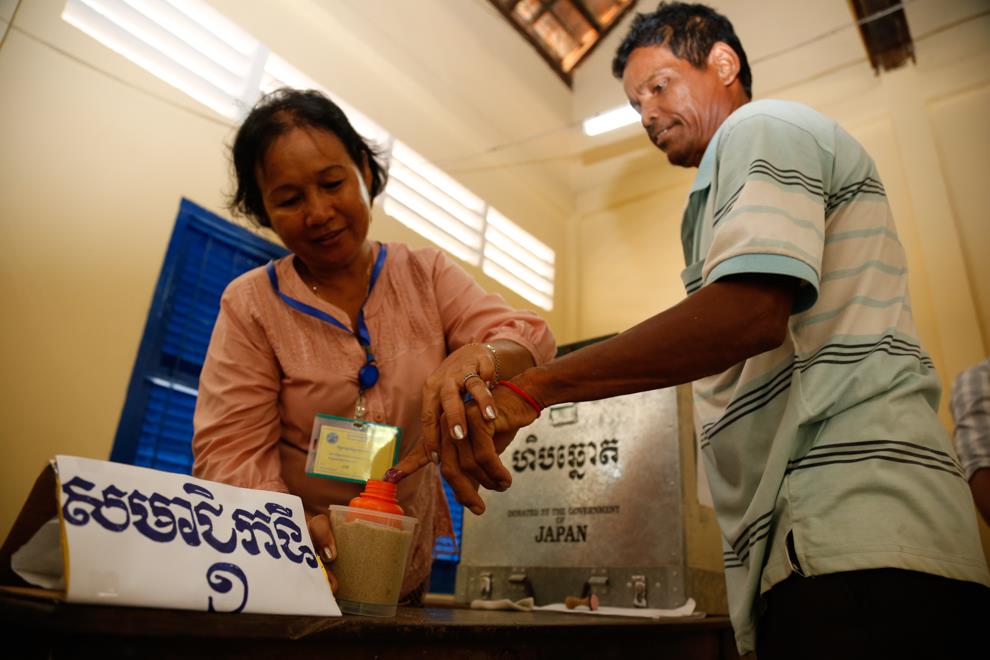