Phnom Penh (FN), June 28 – At the instruction of Cambodian Prime Minister Hun Sen, the Ministry of Foreign Affairs and International Cooperation (MoFAIC) has dispatched to the European Union (EU) from 18 June to 1 July 2018 a Goodwill Mission led by H.E Sok Siphana, Advisor of the Royal Government of Cambodia, in order to provide clarification about the truth in Cambodia to the main senior officials of the European Commission, Chairman of the Committee on Foreign Affairs of the European Parliament and other important dignitaries,” according to MoFAIC’s press release on Thursday.

MoFAIC will release the outcome of the Mission in due course. 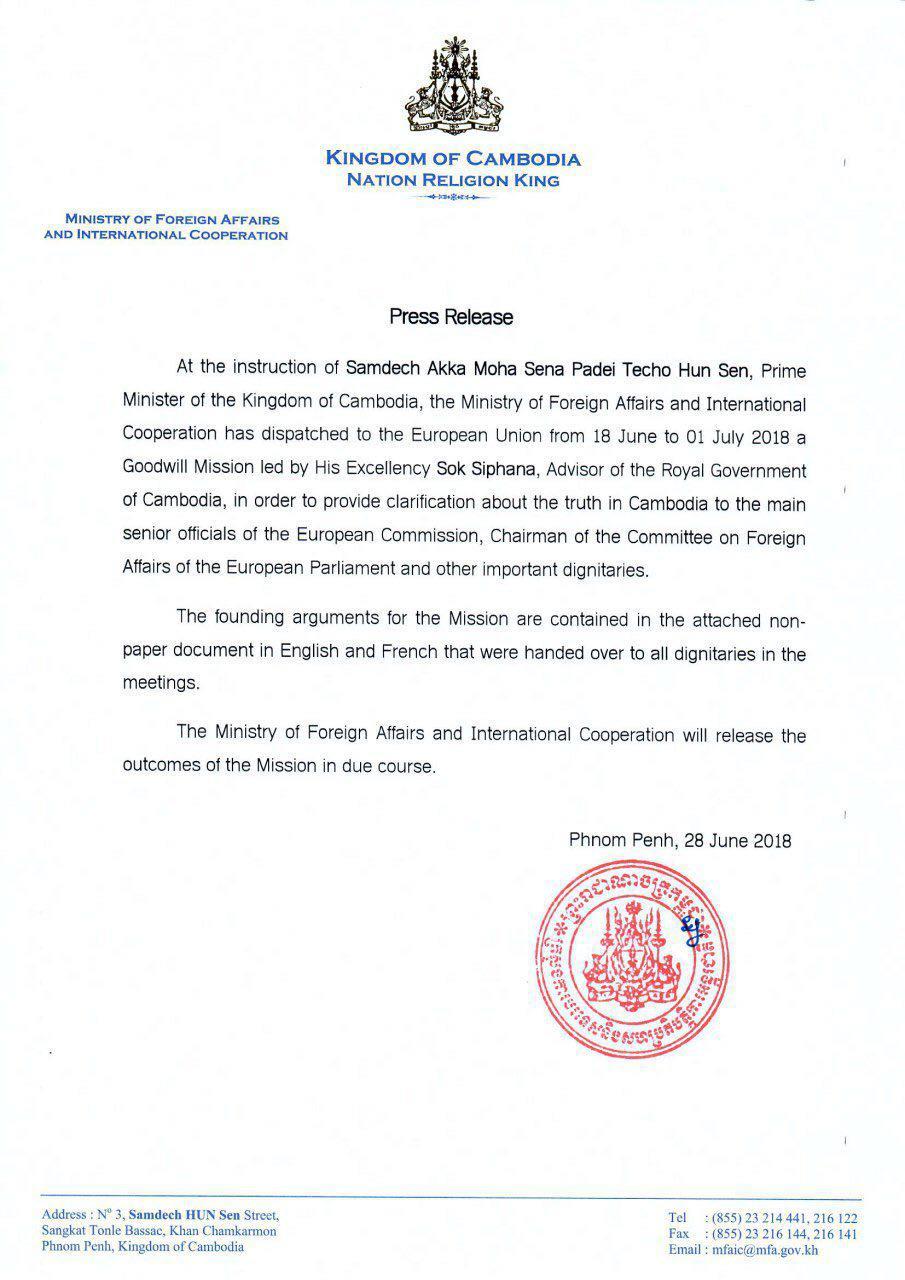