BEIJING, Dec. 30 (CGTN) -- China's Chang'e-4 probe has entered its planned orbit for the first-ever soft landing on the far side of the Moon. China’s National Space Administration said the control center will choose a proper time to land the probe.

People have been admiring the Moon for thousands of years, but what's mysterious there are about to get a lot closer in a key step toward understanding the unknown far side of the Moon.

The Chang'e-4 probe, which includes a lander and a rover, entered an elliptical lunar orbit at 8:55 a.m. Beijing Time on Sunday. Over the next few days, the control center will choose the right time to land the probe on the far side of the Moon for the first time.

Zou Yongliao, the director of the Lunar and Deep Space Exploration department at the Chinese Academy of Sciences, told CGTN that they plan to use the payloads on the lander and rover to obtain detection data such as topography, material composition and shallow structure of the landing area and the inspection area. This is key to understanding the geological history and evolution of that area.

In addition to scientific programs developed by Chinese universities on the lander, there are also three international payloads on the rover, which were jointly developed by scientists from Germany, the Netherlands, Sweden and China.

The Chang'e-4 was launched on December 8. Since the probe entered lunar orbit on December 12, the ground control center in Beijing has trimmed the probe's orbit twice and tested the communication link between the probe and the relay satellite Queqiao. The space engineers also checked the imaging instruments and ranging detectors on the probe to prepare for the landing. 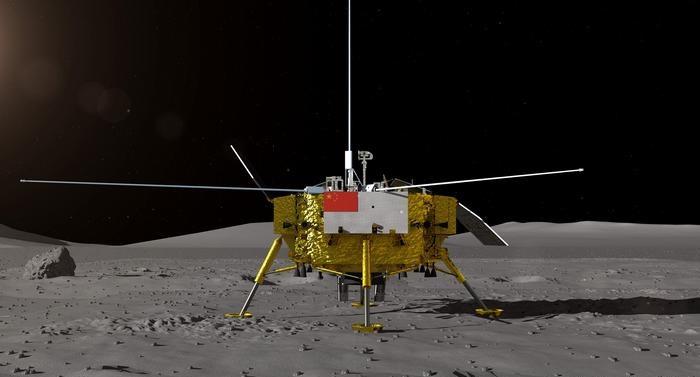