An alliance dominated by Hasina's Awami League won 287 of the 298 seats for which results have been declared for the country's 300-strong parliament.

"My congratulations to the Awami League," Helal Uddin Ahmed, secretary of the Election Commission Secretariat, said in a televised speech, reading the results. Hasina's win consolidated her decade-long rule over Bangladesh, where she is credited with improving the economy and promoting development.

Raising minimum wages for workers in Bangladesh's massive garments industry, the world's second biggest after China, could be one of her first tasks after she takes office, party leaders have said.

Hasina was due to meet foreign journalists and poll observers at her official residence later on Monday. 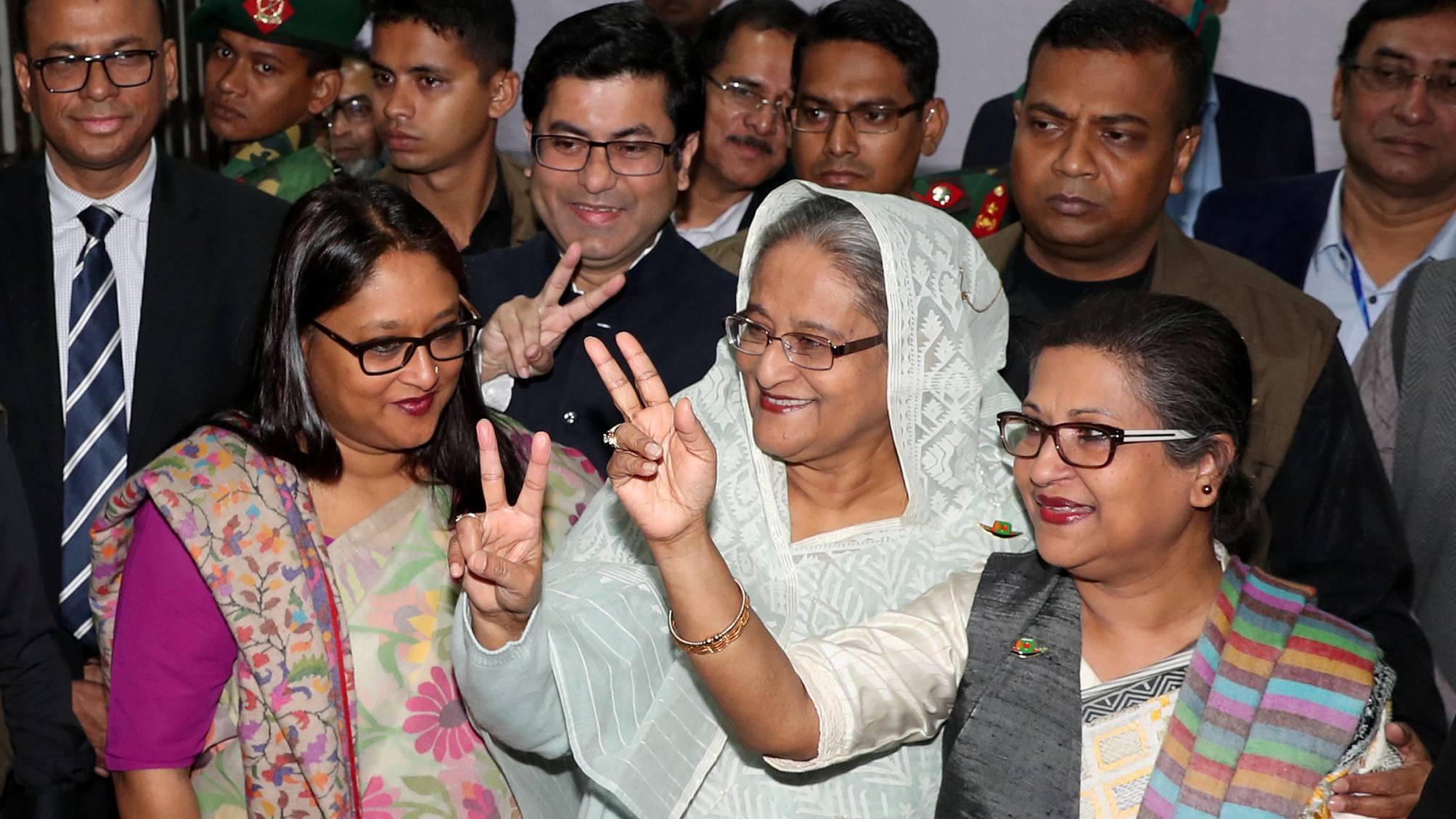