Under the revised law, the use of disposable plastic bags will be prohibited from the first day of next year in major retailers, including about 2,000 discount chain outlets and some 1,100 large-sized supermarkets with floor space of 165 square meters or bigger.

The plastic bags should be replaced with recyclable containers, cloth shopping bags or paper bags. Plastic bags to contain wet goods, such as meat and fish, will continue to be used.

Around 18,000 bakeries will be barred from handing out disposable plastic bags free of charge beginning Tuesday.

Stores, which violate the revised law, would be fined up to 3 million won (about 2,700 U.S. dollars).

From January to March, the environment ministry will intensively encourage the affected stores to follow the revised rule in cooperation with local governments.

As of 2015, the number of per-capita use of plastic bags averaged 414. It led to the 20 kg emission of greenhouse gas. 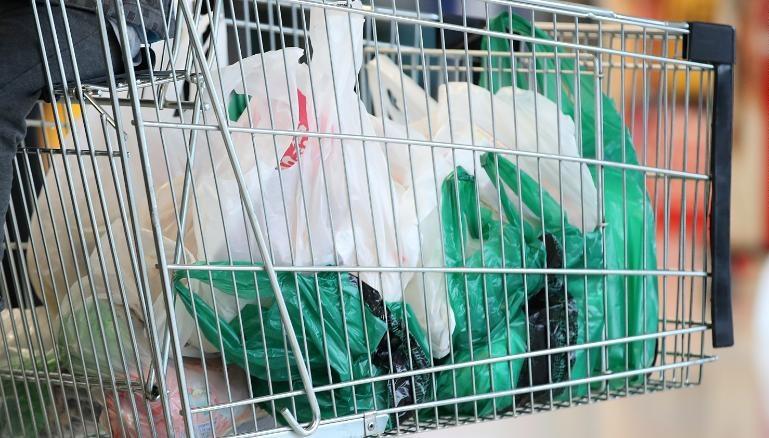