NEW YORK, Dec. 31 (Xinhua) -- The photo of a U.S. man wearing a sign seeking a kidney donor for his sick wife has gone viral on social media, according to media reports.

The photo, taken in a supermarket, shows the man wearing a sign on his back that reads, "In need of a kidney for my wife, B+" with contact information.

The plea for help went viral on Twitter with celebrities and various media accounts sharing the post in hopes of finding a donor.

The man turned out to be Raymond Thompson. His wife Mylen was diagnosed with kidney disease two years ago. Thanks to the posts, they are receiving calls offering help from all over world, CNN reported.

Thompson, who lives in Brooklyn with Mylen and their four-year-old daughter, Rachel, doesn't even have a Twitter account. But he knew something was going on when his phone began lighting up with calls and texts from unfamiliar numbers all over the world. Strangers were offering to give Mylen a kidney, CNN reported. 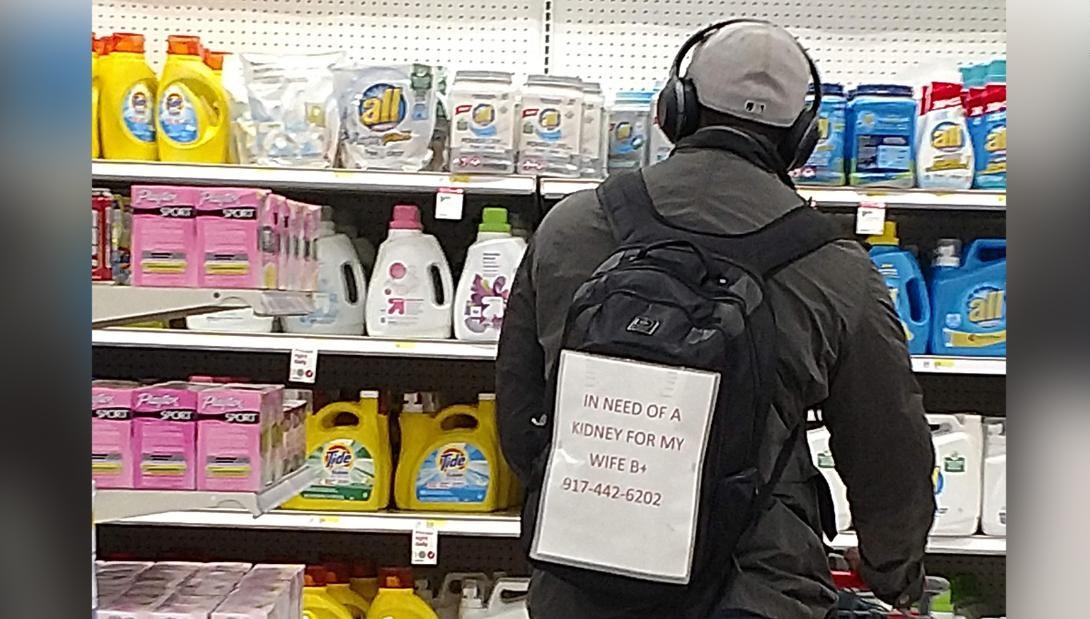