Russian rescuers pulled the 10-month-old baby boy hurt but alive from the ruins of the building where he spent the night in sub-zero temperatures after a gas explosion in the industrial city of Magnitogorsk, nearly 1,700 kilometers east of Moscow in the Ural mountains.

"A New Year's miracle has occurred!" Russia's emergencies ministry said in a statement.

Authorities said the little boy had been reunited in hospital with his mother, who also survived the ordeal.

Emergency services posted a video of rescuers slowly prising apart concrete panels and pulling out the baby, who can be seen blinking, before running with him to an ambulance.

"The baby was saved by being in a cradle and warmly wrapped up."

He was in an "extremely serious" condition, with severe frostbite to his limbs, a head injury and multiple leg fractures, the health ministry said.

The blast, which occurred early on Monday morning when many residents were asleep, destroyed 35 apartments in the 10-story building and damaged 10 more, according to authorities.

Six people were found alive, among them a 13-year-old boy. Over 30 people were still missing.

Health Minister Veronika Skvortsova said that the chances of finding survivors were fading.

The Soviet-era apartment block in Magnitogorsk, home of one of Russia's largest steel plants, had been home to about 1,100 people. Residents left homeless were being housed in a nearby school.

Investigators have opened a criminal probe into the accident, which the FSB security service said was the result of a gas explosion.

Such explosions are relatively common in Russia, where much of the infrastructure dates back to the Soviet era and safety requirements are often ignored. 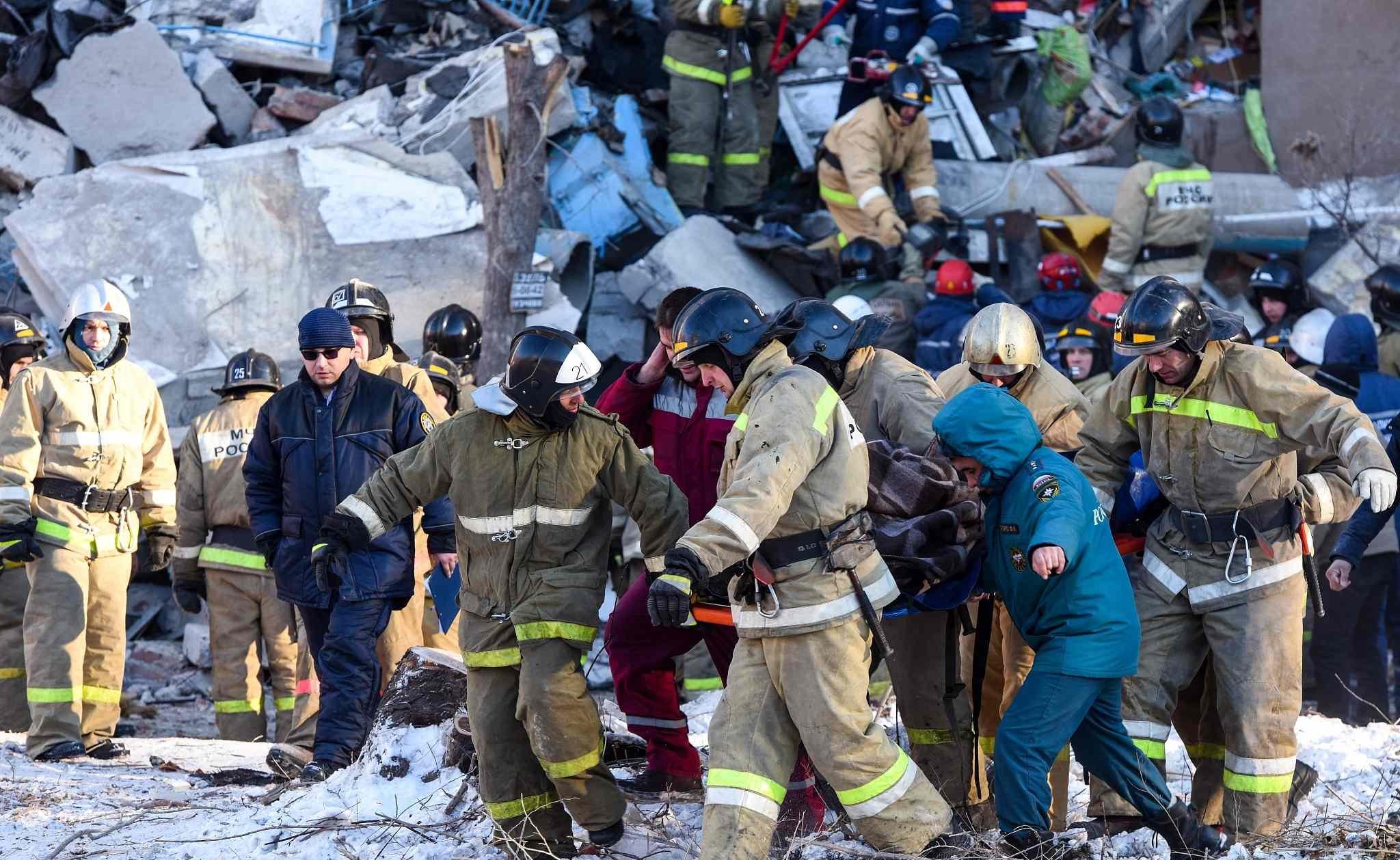