News Update: Death Toll Climbs to 85 in Landslides and Floods in Philippines

MANILA, Jan. 2 (Xinhua) -- The death toll in heavy rains that triggered landslides and flash flooding in the Philippines has risen to 85, a government disaster agency said on Wednesday.

The Philippine National Disaster Risk Reduction and Management Council (NDRRMC) said in its latest report that at least 20 people are still missing and the death is expected to rise.

The deaths include 68 people from five provinces in the Bicol region, 13 from Northern Samar province, three from Oriental Mindoro and one from Laguna province.

Most died from landslides triggered by the storm that also brought heavy rains, the agency said.

Speaking of the reason for high fatality rate, NDRRMC Executive Officer Ricardo Jalad said it was basically because people, especially the local governments, neglected the dangers of the heavy rains.

"We've sent numerous advisories. If they followed it, conducted preemptive evacuation in these areas, the number (of fatalities) should have been lower," he said.

"But their preemptive evacuation is low ... The people did not have a full understanding of the effects on the soil of extended rains," said Jalad.

"The advisory warned of heavy rains, flooding. It advised (the people) to be careful against flooding in low-lying areas and landslides in the mountainous areas. However, the evacuation protocol is the call of the local governments' chief executives. We only give them advisories about what will happen in their areas but it's their call to evacuate people," he added.

NDRRMC said more than 45,000 families or nearly 192,000 people from 457 areas in the Philippines were affected by the tropical depression that hit the land on Dec. 29. 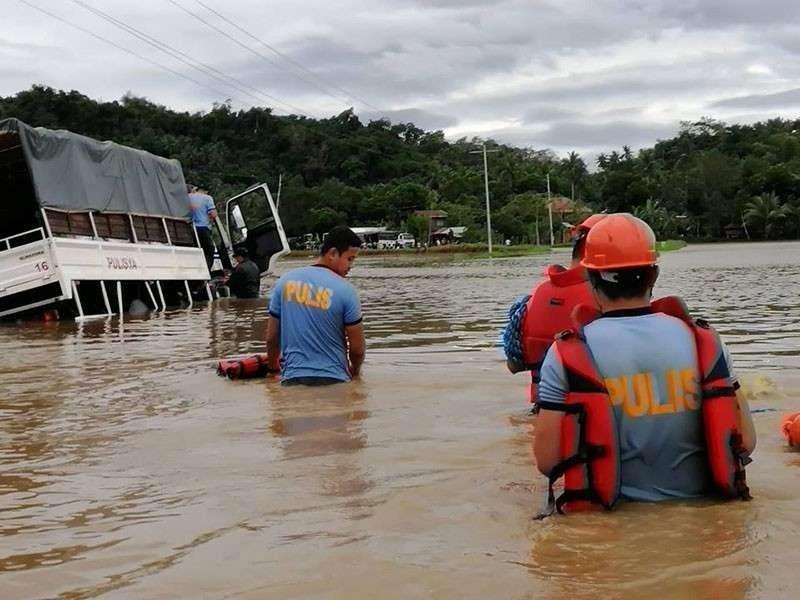