BANGKOK, Jan. 3 (Xinhua) -- Boat and ferry services from the mainland to the famed island destination Samui in southern Thailand have been cancelled on Thursday as tropical storm Pabuk is approaching.

Samui island is braced for possibly severe weather conditions caused by the storm. The Gulf of Thailand will be hit by torrential rains and waves of three to five meters high in the next three days, according to the meteorological department.

The storm is sweeping through all provinces in the south including provinces on the Andaman coast. It could bring heavy rains, mudslides and flash floods to the region.

National parks on Samui Island are closed from Thursday to Saturday for safety seasons. Airways have advised passengers to check their flight status before travelling to the south.

Authorities advised tourists and tour operators to cancel their water activities. A command center has been set up on Samui island to monitor all ships.

The strongest tropical storm Harriet ravaged the southern part of the country in 1962, bringing the worst natural disaster, according to reports. 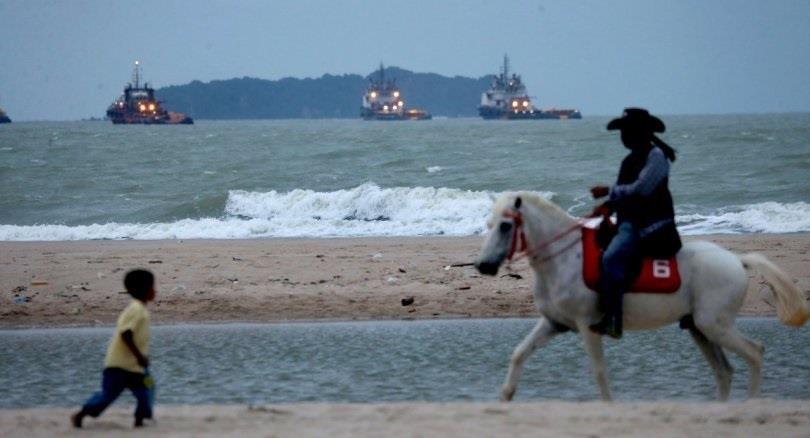