WASHINGTON, Jan. 3 (CGTN) -- Nancy Pelosi was elected the new speaker of the U.S. House of Representatives on Thursday as her party took majority control of the chamber following its election victory last November 6.

Pelosi, 78, is the only woman who has held the office before and is among a few elected officials to return to the post. She was the House speaker from 2007 to 2011 when her Democratic Party controlled the lower chamber.

She received 220 votes for speaker, while Republican Representative Kevin McCarthy got 192 votes. A smattering of others received the remaining votes in the chamber that holds 435 seats.

n her floor speech upon accepting the speaker's gavel, Pelosi said that the House floor must be "America's Town Hall" where people's voices will be heard and affect lawmakers' decisions as she was trying to set a bipartisan tone for the new Congress.

She previewed her party's long-term priorities, including tackling climate change, lowering health care costs, investing in "green" infrastructure and "restoring integrity" to the government, while hinting at measures to end a partial government dragging into the 13th day on Thursday. 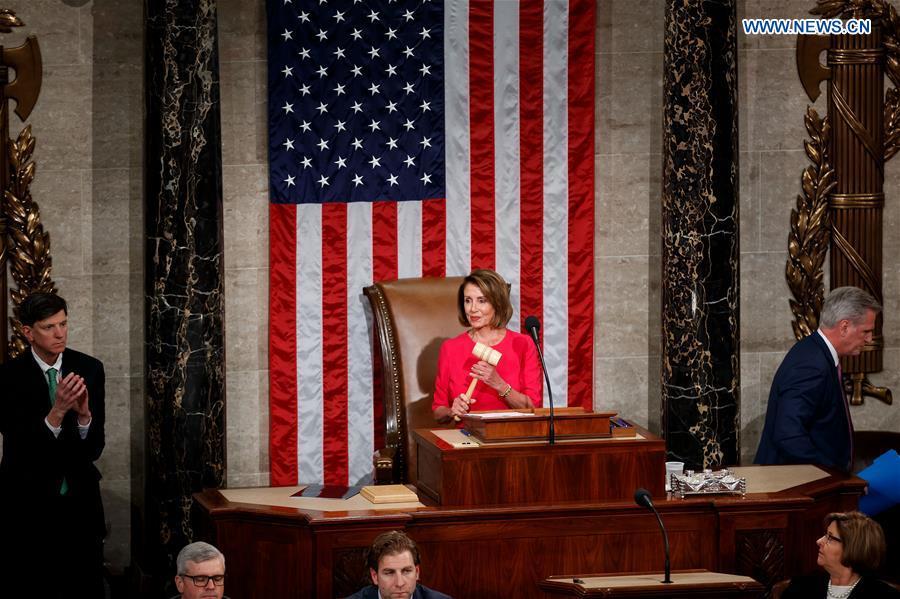