The study published Monday in the journal Geophysical Research Letters described a possible second impact crater buried under more than a mile (about 1.6 km) of ice in northwestern Greenland.

It comes after the discovery of a 30-km-wide crater beneath Hiawatha Glacier in Greenland, the first meteorite impact crater ever discovered under Earth's ice sheets.

"The only other circular structure that might approach this size would be a collapsed volcanic caldera," said Joe MacGregor, a glaciologist with NASA.

"But the areas of known volcanic activity in Greenland are several hundred miles away. Also, a volcano should have a clear positive magnetic anomaly, and we don't see that at all," said MacGregor.

Only about 183 km apart from the first one, the newly found site, with a width of about 36 km, may have been formed at a different time, according to scientists at NASA.

If it is ultimately confirmed as the result of a meteorite impact, it will be the 22nd largest impact crater found on Earth, according to the study.

MacGregor's team analyzed the raw radar images to map the topography of the bedrock beneath the ice, including those collected by NASA's Operation IceBridge, an airborne survey of Earth's polar ice.

Data from Operation IceBridge also revealed a negative gravity anomaly over the area, which is characteristic of impact craters. 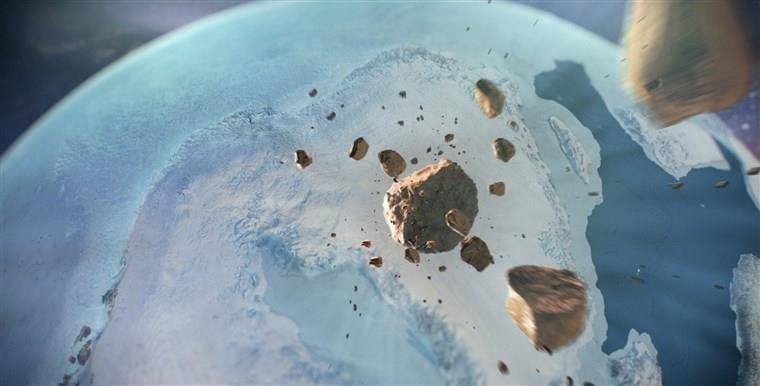