BANGKOK, Feb. 16 (Xinhua) -- A woman was found stomped to death by wild elephants by a roadside near a national park in central Thailand's Hua Hin, reports said on Saturday.

Police found the woman lying face-down in bushes with her shoulders crushed and her skull fractured. Elephants footprints were seen nearby.

The woman's husband said she left home on Thursday evening to visit her sick mother and didn't return. He was informed that his wife's body was found the next morning.

The couple's house is about five kilometers away from the spot where the woman was killed by the pachyderms. Police said the spot is adjacent to a national park and the area turned into pineapple plantations later.

Villagers are living under threats of wild elephants in Thailand's forest area. The southeastern Asia country has seen the second elephant attack in just 48 hours.

Previously, a Buddhist monk of a 19-day seclusion was killed by wild elephants near a Wildlife Sanctuary in Chachoengsao Province in central Thailand. 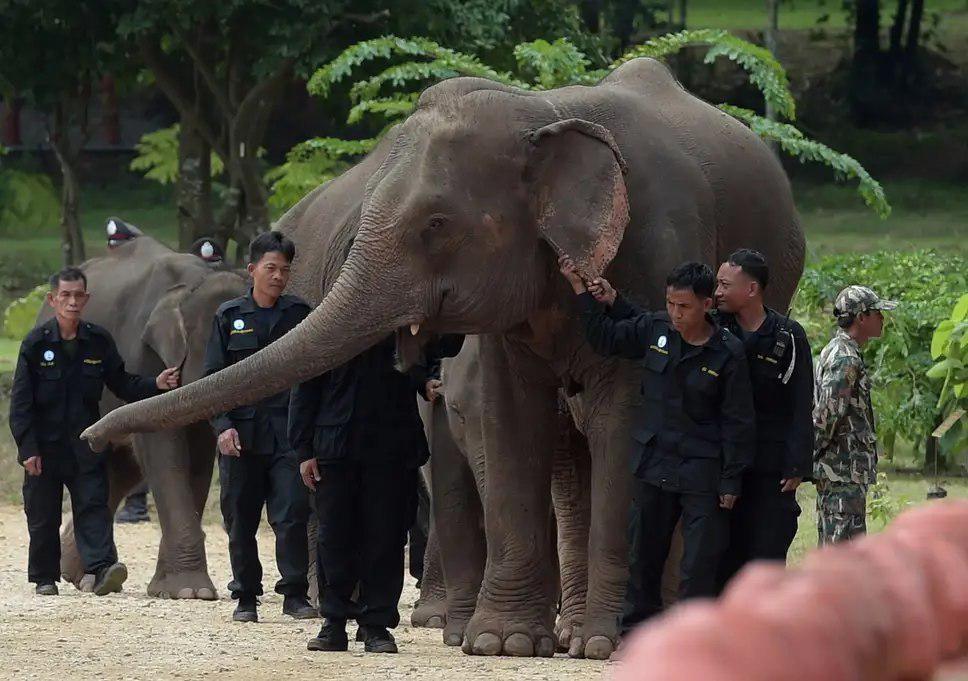