CANBERRA, Feb. 19 (Xinhua) -- China has overtaken New Zealand as the leading source of visitors to Australia, data has revealed.

According to the Australian Bureau of Statistics (ABS), people from China made 1.43 million short-term visits to Australia in 2018, up 6 percent on 2017, beating the 1.38 million from New Zealand.

It marks the first time New Zealand has been knocked off the top place in the rankings since it overtook Japan in 1999.

Since losing the top spot, Japan has fallen to the fifth-largest source of visitors, with the United States and Britain ranking third and fourth, respectively.

"We have seen extremely strong growth in visits from China in recent times," Myles Burleigh, director of Migration Statistics for the ABS, said in a media release on Tuesday.

According to separate data released by Tourism Australia in January, Australia welcomed 9.2 million international visitors in the 12 months to September 2018, up 6 percent from the previous 12 months.

Despite losing top spot as a source of visitors to Australia, New Zealand remained the top destination for Australians travelling overseas, followed by Indonesia. 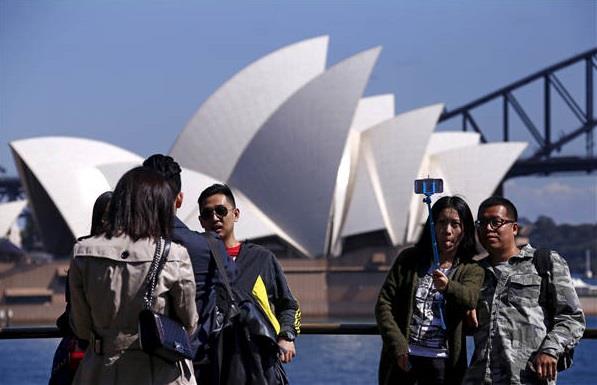